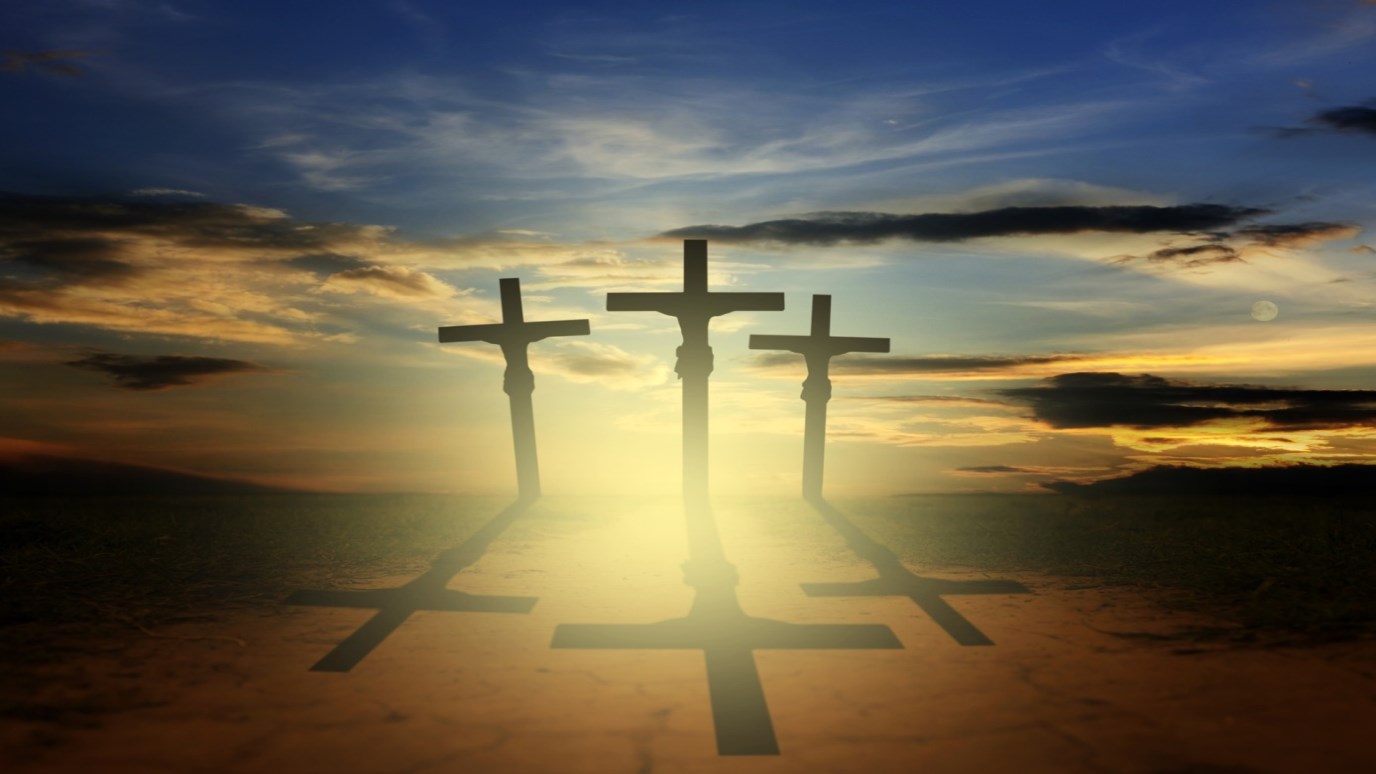 How did the thief on the cross, just minutes from death, come to have saving faith in Jesus?

Then he said, “Jesus, remember me when you come into your kingdom.” Jesus answered him, “I tell you the truth, today you will be with me in paradise.”  (Luke 23:32)

It was Friday afternoon. The three men hanging on the crosses just outside of Jerusalem had been slowly dying since the moment earlier that day when they had been violently nailed into position. Their silhouettes scarred an otherwise pastoral horizon. Everything good and perfect on earth was embodied in the man hanging on the middle cross. The men bracketing him were summaries of everything wrong in the world.

For all of the generations who have looked back on this scene, Jesus will always and should always remain the central focus of this story. Without him, there is no story. Without Jesus, the scene is little more than a sad and ugly picture of a couple of guys getting what their selfish actions deserve. Their pitiful lives were being snuffed out at the hands of a system of justice that knew how to punish a person to the highest possible extent for his wrongs.

We never caught their names. We were never given a rundown on what they stole. Did they know each other before they were brought to this horrible place? Had they been partners in crime? If their mothers or fathers were in the crowd watching them die were they wondering where they went wrong as a parent? Did any of their victims come out to see them get this well-earned justice?

When you step back and take a broader view of what was going on, the men on either side of Jesus played a key role in illustrating the overriding point of this event. Two hopeless men started their last day on earth with their cynicism well defined. But before they finally succumb to the talons of death, one went through a dramatic transformation.

It’s an amazing ending to a day that started out so badly. The one thing both of these thieves knew when those soldiers stood over them that morning with the nails and hammers in their hands was that they weren’t coming out of this alive. Their hopelessness simply accentuated their cynicism.

It was a cynicism that paralleled well with the fickle crowd’s arrogance. Perhaps it was a way of taking the focus off of their own agony, but that morning these thieves had joined with the spectators in collectively hurling insults at the God/man in the middle. The faces in the crowd, as well as the religious leaders who helped orchestrate this injustice, went out of their way to mock Jesus. But Matthew 27:44 says, In the same way the robbers who were crucified with him also heaped insults on him. Robbers—plural.

And then there was the concern for his mother and him asking his friend to take care of her for him (John 19:26-27).  But above all else, there was that wholesale and generous forgiveness. It came almost as soon as their crosses were raised up that morning. It framed the whole event and defined Jesus’ attitude toward the heartless torture and all of the insulting words that were thrown at him the rest of the day. Father, forgive them, for they do not know what they are doing.

There was love on the center cross, there was mercy, and there was grace. It sobered one of the thieves of the pride and self-righteousness that had led him to this day of his demise. Luke 23:29-40 records the beginning of the transformation: “One of the criminals who hung there hurled insults at him: “Aren’t you the Christ? Save yourself and us!” But the other criminal rebuked him. “Don’t you fear God,” he said, “since you are under the same sentence? We are punished justly, for we are getting what our deeds deserve. But this man has done nothing wrong.””

The sign above Jesus said, “This is Jesus, the King of the Jews (John 19:19).” It all started to come together in this thief’s mind. This man is a king, his kingdom isn’t of this world, and I believe he has the power to take me with him to that kingdom. It’s actually pretty sophisticated theology for a man with such a brief and limited exposure to the heart of Jesus. But it was enough.

“Jesus, remember me when you come into your kingdom.” It was all that was required—humility led him to a simple acknowledgement of who Jesus was and an equally simple faith allowed him to believe that Jesus could do what he said he could do. That faith gave this nameless thief the privilege of being the very first recipient of God’s grace through his sacrificial death. I wouldn’t be the least bit surprised if this man is part of the welcoming committee when we get to heaven. And anyone who brings the same three qualities to the Savior will also find out: humility, acknowledgement and faith—they worked for an unnamed thief; they’ll work for you.

The Centrality of the Cross
Dr. Charles Stanley

You Think YOU’RE Being Ridiculed for Your Faith?
Bryant Wright