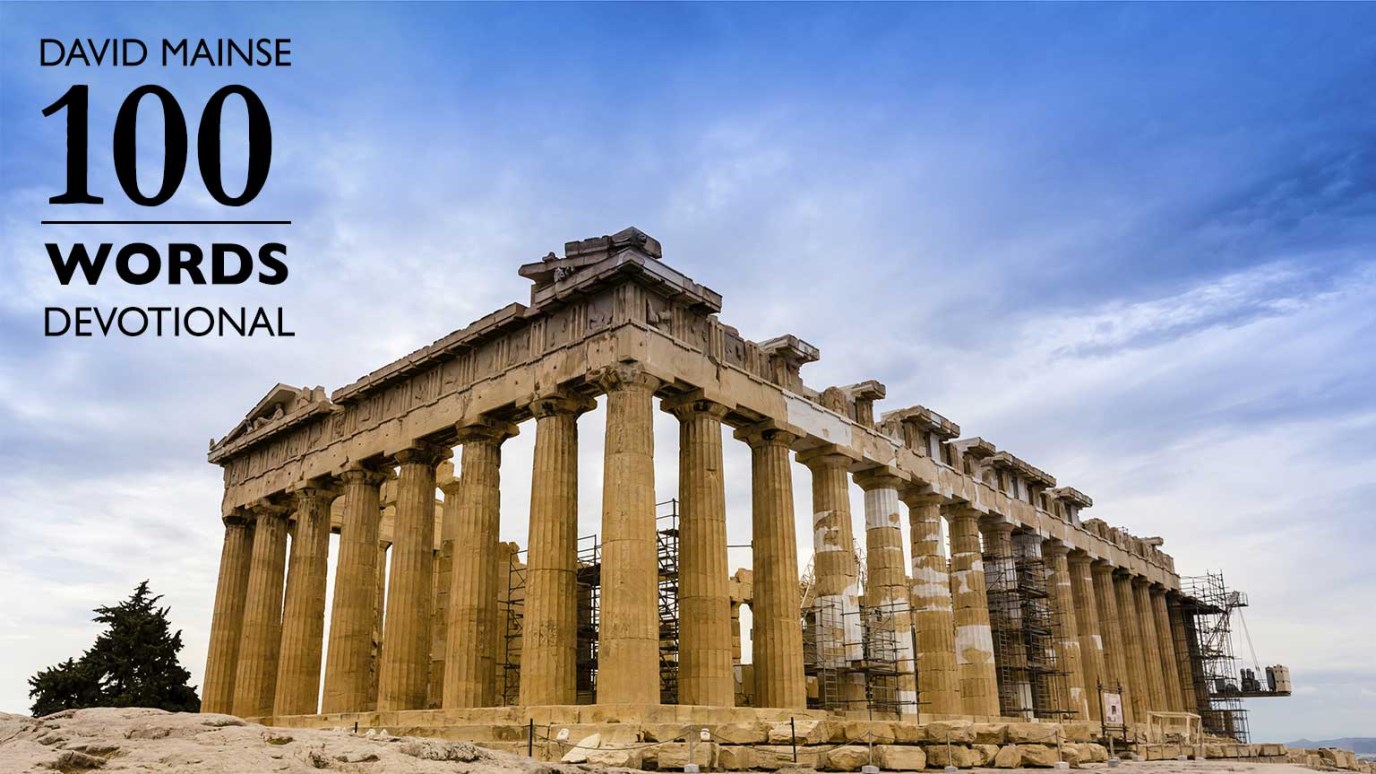 Ask for the grace to open up your hearts and mouths to those you encounter today.

Truly, these times of ignorance God overlooked, but now commands all men everywhere to repent, because He has appointed a day on which He will judge the world in righteousness by the Man whom He has ordained. He has given assurance of this to all by raising Him from the dead.

Paul’s delivered this message while standing on a rise of rock just above the marketplace of Athens. Towering above him, already 500 years old, was the Parthenon. Imagine the boldness of Paul as he proclaimed Jesus and compared Him to the altar they had erected “to the unknown god.” What an example for us. We must never allow great temples, ridicule or persecution to intimidate us. Paul spoke fearlessly and wisely. He even quoted one of the Greek poets. It has been said that “all truth is God’s truth.” Paul knew the Scripture found in Proverbs 11:30b, “He who wins souls is wise.” God promises wisdom to us when we ask Him (James 1:5). Ask! Open our hearts and mouths to those we encounter today. “Be strong in the Lord and in the power of His might” (Ephesians 6:10). Just start to witness…you’ll be amazed where God takes you.

Dear Lord, grant me the grace to practice today the very message I’m preaching to my devotional partners. In Jesus Name I pray, Amen!

When I have preached on the streets, I have had to fight and win over fear. It was the same when I went on TV for the first time more than 52 years ago. It’s really no different from the hesitation I feel in one-to-one ministry. Just start speaking. Starting is the hard part. Once I’ve started, I know I have to keep going. Of course, I’ve had to be willing to fall apart and look like the biggest fool around. But God never let me down. Also, God lets me know when to stop. The thoughts which I’m expressing cease to come to me. I’ve heard of the person who had nothing to say, but he had to have a place to say it. We, however, have the most important message in the whole world. A preacher was asked how he got his message across. He answered, “I tell them what I’m going to tell them. Then I tell them what I’m telling them. Then I tell them what I told them.” May I always remember that “Jesus” is my message.