The Unforgettable Beauty of a Titus 2 Life in Action 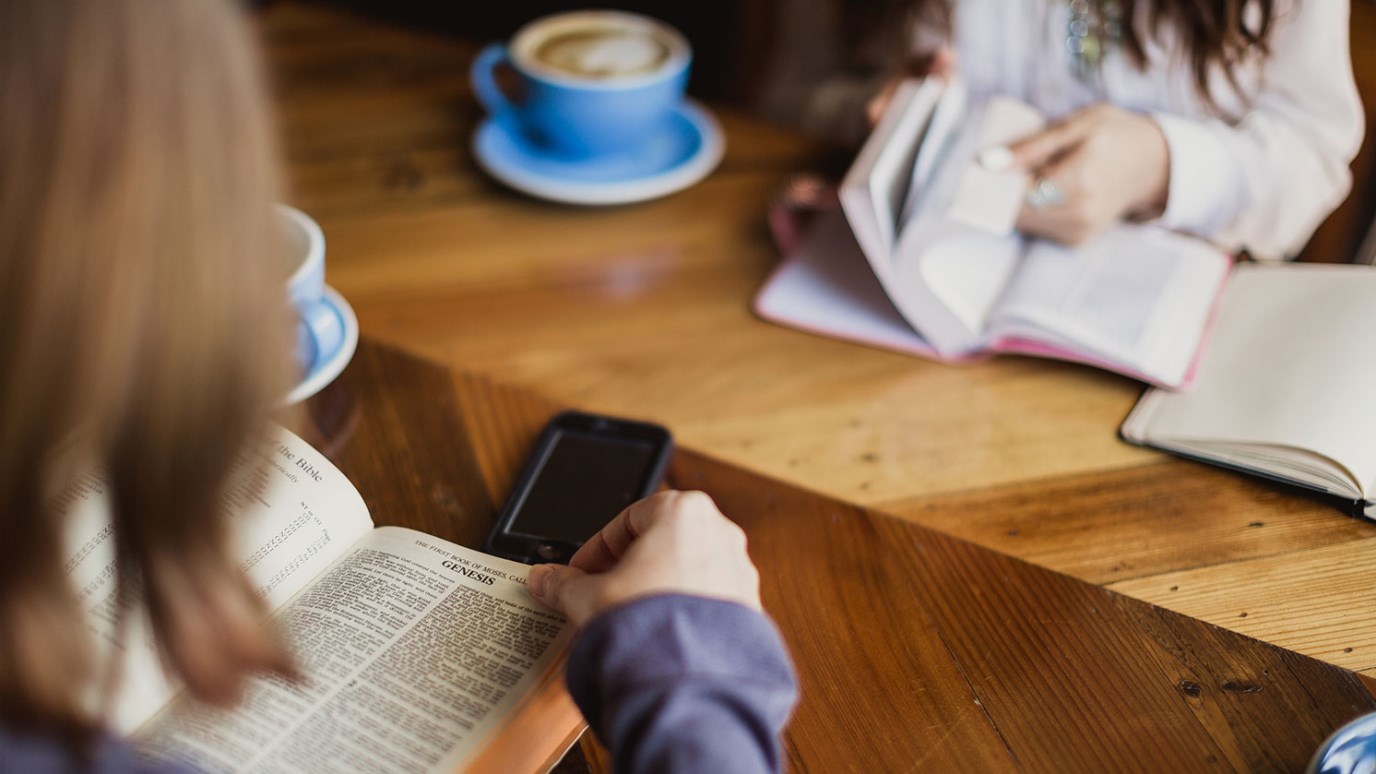 Is there someone in your life who needs to hear the stories of God’s ways? Show the world today the beauty of Titus 2.

Our paths first crossed on a chilly Saturday morning at a Bible camp. Her enthusiasm was evident as this elderly woman walked briskly past us, surrounded by several younger women. Intrigued, I glanced back for a second look. As I did, I met the smiling face of one of the younger women who whispered, “She’s ninety-one, and you just missed seeing her run down the path.”

Incredible! I loved her enthusiasm for life. But even more than that, I marveled that she appeared to have intentionally surrounded herself with younger women.

My thoughts raced to Philippians 3:12 where an elderly Paul said:

I press on so that I may lay hold of that for which also I was laid hold of by Christ Jesus (NASB).

Without speaking a word, this precious woman exemplified an attitude of “pressing on.”

We were at a camp where lodging consisted of bunk beds arranged in groups of twelve with one shared bathroom. Not exactly a Hyatt Regency! The evening teaching sessions began no earlier than 8 p.m. and were held in a chapel with wooden pews.

Surely this dear woman faced the challenges and pains of an aging body, yet every time I saw her, she was smiling—obviously thankful to be a part of what God was doing in the hearts and lives of women that weekend.

At some point in her ninety-one-year journey, Jesus had “laid hold” of this woman—redeeming her from the power of sin and making her a child of God. Her countenance evidenced the kind of peace and joy that comes when one is convinced that the God who knows everything about them loves them still.

I think that’s probably what drew me to her. She appeared to be a simple, ordinary woman who had been with Jesus.

And that reality stirred within me a desire to hear her stories—how she had first met the Savior, how she had experienced His faithfulness, how she had learned to love Him more. I wanted to plumb the depths of the wisdom that only comes through years of life experience. I wanted to know the things she’d given her life to—and those she would do differently if she could.

I longed for hours with her, but I was given only a few moments. As she leaned toward me, eyes dancing with excitement, she proudly proclaimed, “The last time I counted I had over 250 children!”

Can you even imagine? This vibrant woman had devoted her life to “Titus2ing”—intentionally coming alongside younger women to help them walk in the ways of Jesus (Titus 2:3–5).

In one brief encounter, I realized the Lord had given me a key to understanding the life of my new friend.

Oh, yes, she had been “laid hold of” by Christ Jesus—and, as a result, was destined for an eternity in glory. But the story didn’t end there. Whatever the reality of her daily life, she had chosen to press on in order to “lay hold of that” for which she had been laid hold of.

I was looking into the eyes of a woman who had chosen to live her life on mission. At some point in her journey, she had realized her life had purpose—kingdom purpose—and that purpose involved the lives of those around her. She had been intentionally investing in the lives of others for years!

In humility count others more significant than yourselves. Let each of you look not only to his own interests, but also to the interests of others (Phil. 2:1–4).

Surely my friend had done battle with the same self-serving, self-absorbed thoughts and attitudes we all face. No doubt she had days of defeat and discouragement. Yet even in her old age, she had stayed engaged; she continued pressing on.

I imagined how she might have sipped coffee with a young friend in need of a listening ear. I could see her washing dishes for a sleep-deprived new mommy who desperately needed a nap. Or pulling weeds alongside a friend as she infused hope into a despairing heart. Or chatting together on the front porch about what the Lord had shown her in His Word.

A simple, ordinary woman who loved Jesus looking for ways to help others experience more of Him and His ways.

Dispelling of the Pinterest-perfect Superhero

In the not-so-distant past, I might have viewed this new friend as a kind of Superhero—a woman who did everything for everyone while effortlessly maintaining a Pinterest-perfect life and family.

But as I’ve thought back to the women who impacted my life through the years, I realize they were far from perfect. I wasn’t drawn to spend time with them because their homes were immaculate or they appeared to have life all together. I wanted to spend time with them because they were real. They shared their hearts and lives with me—not in a, “You’re the student, I’m the teacher” kind of way, but as friends who loved Jesus and wanted to grow together to become more like Him. Since 250 people consider my new friend to be a spiritual influencer in their lives, I have a feeling she’s the kind of woman that never misses an opportunity to share the stories of God’s faithfulness in her life. A woman who’s not afraid to say, “Learn from my failures and mistakes,” because she’s known firsthand the redemptive love of the Savior who is able to fashion the broken pieces of our lives into a trophy of His grace.

We will not hide them from their children, but tell to the coming generation the glorious deeds of the LORD, and his might, and the wonders that he has done (Ps. 78:4).

There’s so much I don’t know about my new friend. But this I do know—in a short period of time her life has influenced mine. She made living out the principles of Titus 2 unforgettably beautiful—in a way that motivates me to press on.

What about you, friend? Who’s in your sphere of influence today who needs a word of encouragement, a helping hand, or a listening ear? Is there someone who needs to hear the stories of God’s ways in your life? Let’s show the world today the beauty of Titus 2.

Be a Barnabus
Dale Bronner