The Therapeutic Power of Tea 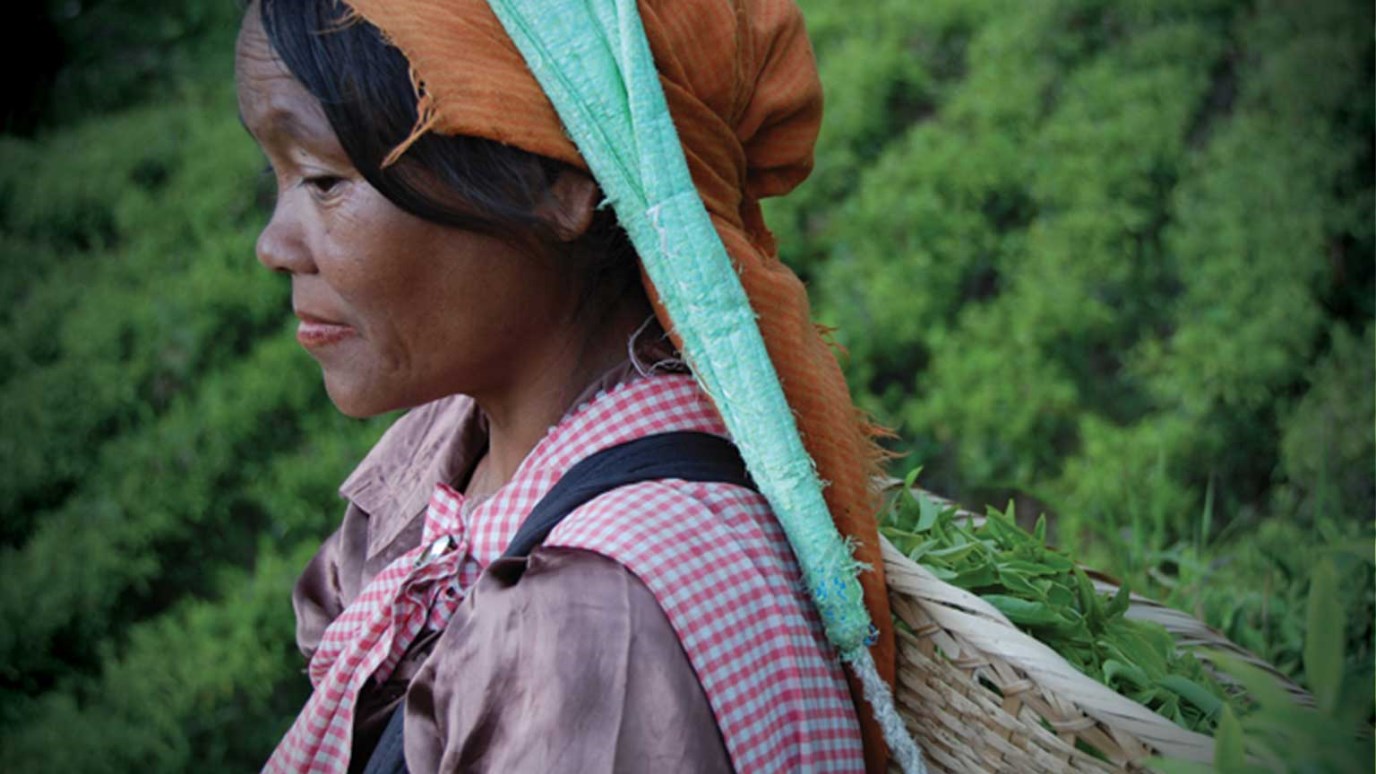 Life in Mawlyngot used to revolve around the brewery, which led many toward alcoholism. Now the villagers plant and harvest tea instead -- bringing about a therapeutic transformation for everyone.

Life in the Indian village of Mawlyngot used to revolve around the brewery, which led many toward alcoholism. Now, through a World Vision initiative, the villagers plant and harvest tea instead -- bringing about a therapeutic transformation for everyone.

The sounds of footsteps and giggles grow louder as Kjiang and her friends trek uphill to the tea processing unit. It’s a long climb through the rough terrain where the tea plantations lie embedded in the fabric of the hills.

Life was not always filled with smiles for the women of Mawlyngot village in India. Their current state of happiness camouflages a difficult past.

Mawlyngot was once haunted by a deadly spirit that shook the foundation of every family living there. Known as a brewing hub, Mawlyngot followed an age-old tradition of concocting traditional liquor from rice.

Recalling her daily routine at the brewery, Kjiang says, "We had to work long hours and were unable to take care of our children the whole day."

For the men, not realizing the negative implications on their families, the brewery became a congregating ground. Sip by sip, the spirit took over their lives, drowning the village in despair.

Like other men of his village, Kjiang’s husband Tony alienated himself from household responsibility.

"Slowly I got addicted to it,” Tony says. “All I thought about was alcohol. The money I earned was all spent on alcohol. We struggled with providing education and food for our children.”

With minimal financial contribution from her alcoholic husband, Kjiang had to run the household with the pittance she earned. Regular quarrels disrupted the sanctity of their home, and detrimental cracks appeared in the family’s foundation.

The similarity in the stories of almost every household was uncanny.

From 2002 through 2005, the attrition rate of children from schools was high. In lower primary, the dropout rate was 30 percent -- but for upper primary, high school, and secondary school it was 60 percent, 75 percent, and 85 percent, respectively, leaving children’s futures bleak.

A society broken and devoured by alcohol was the first thing the World Vision staff noticed when they entered the community.

"Alcoholism was a major problem, since almost every household was involved in its production. Other problems like school dropouts and broken homes stemmed from alcohol. Finding an alternate source of income and convincing the villagers to adopt that profession was the biggest challenge," says Mr. D. L Nongspung, the Headman of Mawlyngot village.

A revolution was in order, which would redirect the course of life in Mawlyngot. With the formation of a village development committee, initiated by World Vision, the restoration process began.

Conducive to the climate and soil, tea was unanimously selected as a feasible crop. With the help of India’s Ministry of Tribal Affairs, the committee got a tea project sanctioned for Mawlyngot, covering 45.5 hectares of land. Hoping to release the village from the hypnotic effects of alcohol, the project began, but "The Spirit" was deeply seated.

"Changing people’s mindsets was the biggest challenge,” says Mebada L. Nongbri, a project manager in India for World Vision. “To reform the conventional ideologies of the villagers, the project organized programs about awareness of alcoholism and the importance of education."

Over time, the concept of growing tea broke down the apprehensions of the villagers, channeling their energy toward restoring the health of the village.

Mawlyngot resident Groimynsong, 55, says, "World Vision created other employment opportunities for the villagers. Many poor families were employed for jungle clearing before setting up the tea plantations. To the poorest of the poor families, they gave tea seedlings."

World Vision equipped the Mawlyngot Tea Growers’ Society with training on how to run a successful enterprise. The members learned to maintain ledgers and legal documents, to assess the return on investments, and to weigh the ratio to invest back into the business.

To maximize profits, World Vision also invested in constructing a tea processing unit within the village. To meet demands, the organization also extended 10 hectares of tea plantation. Kjiang’s plantation was included in the extension.

At last reaching their summit, Kjiang and the others lower their baskets laden with green aromatic tea leaves.

Crediting tea for the transformation in her village, Eva Shisha Pyngrope, secretary of the tea growers’ society, says, "The plantation has been a source of employment. Now, women prune the tea bushes, pluck the leaves, and deliver it to the processing unit. Families are in a position to save from their earnings. The plantation has also impacted education. Now, most of the children are going to school because of the improved conditions at home.”

For lower primary school, the attrition rate of children is now zero. In upper primary, high school, and secondary school, the dropout rate has fallen to below 4 percent, 30 percent, and 35 percent, respectively.

Healing the wounds that the brewery left behind, the tea plantation is repairing the fractures in these families. Waking up after a long period under the brewery’s spell, the men have recommitted to sharing responsibility.

Tony, a changed man, proudly says, "I stopped drinking. Alcohol caused a lot of strain on my relationships. My mother had lost all respect for me, but my relationships have healed. If it weren’t for tea, I would have remained an alcoholic. Now I invest that money to get nutritious food for my children and educate them. I want my children to enjoy their childhood and I am investing in their future. Life is better now because of tea."

Flowing through each household in Mawlyngot, tea has therapeutically restored harmony in this serene village.