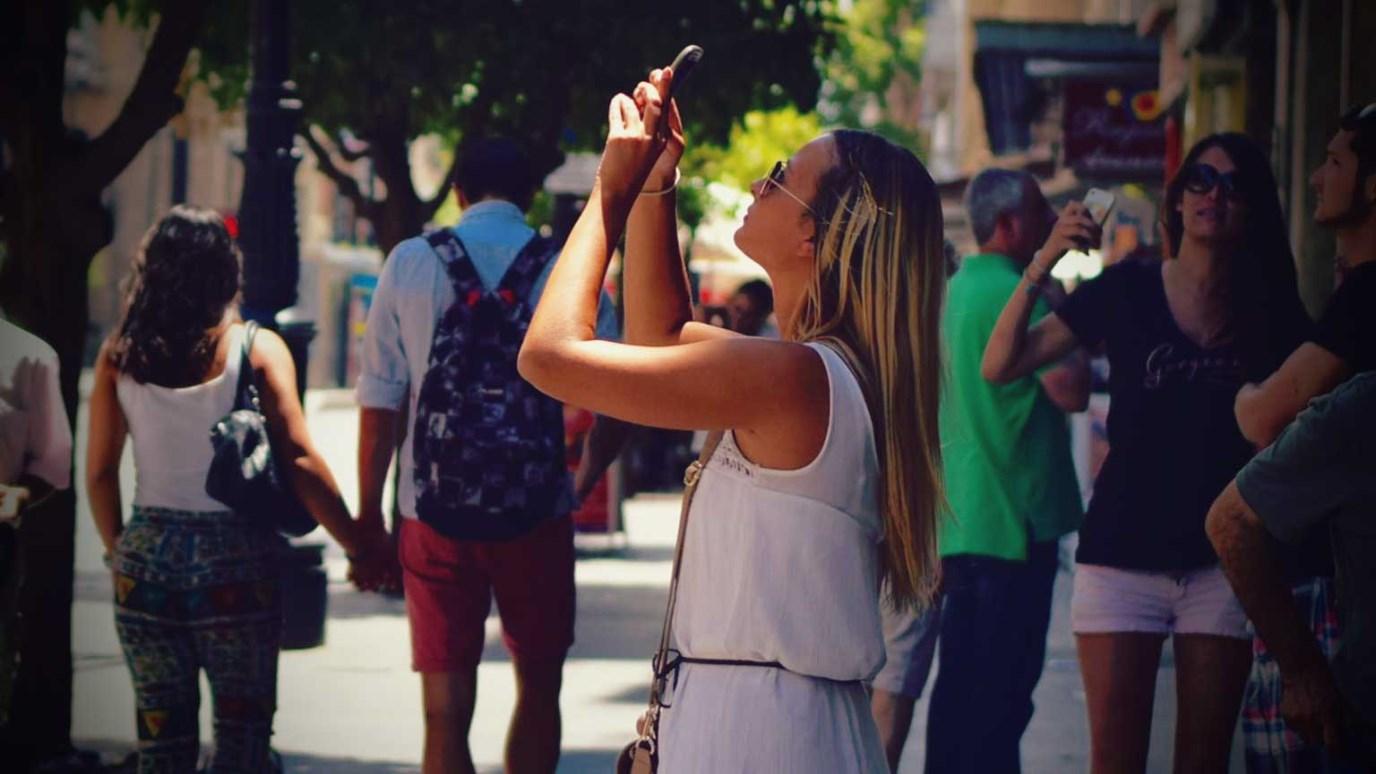 Are you focused solely on your appearance? Do you take selfies? Taking selfies is linked to narcissism, addiction and mental illness. Why are selfies becoming a compulsion? Dr. Tim Elmore explains.

The following story would be funny if it weren’t true. Once again, it revolves around cell phones. A British teenager attempted to commit suicide after he failed to take the perfect “selfie.” Danny Bowman became so obsessed with capturing the perfect shot that he spent 10 hours a day taking up to 200 selfies. The 19-year-old lost nearly 30 pounds, dropped out of school, and didn’t leave the house for six months in his quest to get the right picture. He would take 10 pictures immediately after waking up. Frustrated at his attempts to take the one image he wanted, Bowman eventually tried to take his own life by overdosing but was saved by his mom.

After getting help from psychiatrists and being diagnosed with Body Dysmorphic Disorder, Bowman later told journalists, “I was constantly in search of taking the perfect selfie, and when I realized I couldn’t, I wanted to die. I lost my friends, my education, my health and almost my life.”

According to several reports, including articles in Psychology Today, scientists now link selfies to Narcissism, Addiction and Mental Illness. It’s no joke: the growing trend of taking smart phone selfies is linked to mental health conditions that focus on a person’s obsession with looks. According to psychiatrist Dr David Veal, “Two out of three of all the patients who come to see me with Body Dysmorphic Disorder since the rise of camera phones have a compulsion to repeatedly take and post ‘selfies’ on social media sites.”

Why Is This Becoming Compulsive Behavior?

Culture pushes us to focus more on our appearance than our reality.

Imagine for a moment that you grew up in a time of Instagram, Facebook, Pintrest, Snapchat and other social media outlets. Our very culture pushes kids to become obsessed with their “platform,” their posts—how they appear to the world around them. It pushes everyone to keep score on “likes,” and comments, and views. Selfies frequently trigger perceptions of “self-indulgence or attention-seeking social dependence that raises the damned-if-you-do and damned-if-you-don’t spectre of either narcissism or very low self-esteem,” said Pam Rutledge in Psychology Today. Believe it or not, the growing trend of taking smart phone selfies is linked to mental health conditions that focus on a person’s obsession with looks.

Culture cultivates a paradigm that’s about “me” more than “we.”

We live in a time of self-expansion. We’re subconsciously conditioned to build our own platform and personal brand. When I was growing up, I saw World War II veterans congratulated after their service, who responded saying, “I am honored to serve my country.” Journalist David Brooks notes the humility that was modeled in those days: “We all saw ourselves as part of something bigger than any one of us.” Today, when an athlete scores a touchdown, they celebrate their prowess with a dance in the end zone. I just saw a player push away his teammate after he scored so he could celebrate himself. Somehow, we now party more for running with a ball than we do for our defeat of the Nazi regime in a world war.

It’s happened over time, but we’ve evolved into a people who measure everything… and it’s much easier to measure technical skills than soft skills. So we pay far more attention to GPA and our academic scores than the stuff that employers are actually looking for in graduates. I’ve said this many times, but I don’t know one employer who’s asking about a job applicant’s GPA. I do know they’re asking about emotional intelligence issues, like self-awareness, self-management, empathy, communication and teamwork. Educators who’ve done time lag studies tell us that EQ is a greater predictor of success in life than IQ. There’s nothing more common than a smart kid who ends up falling short of his or her potential. Sadly, we likely failed to tell those kids what really matters in life.

Culture fosters addiction rather than moderation.

Consider this shift since my childhood four decades ago. It used to be that kids had to learn to self-regulate. In fact, we had to wait on many things that are “on demand” today. If a student likes a video, they simply play it again on YouTube. If they like a game, they just hit reset on the PlayStation. If they like a scene in a movie, they just rewind and watch it again on Netflix. If they want more of anything—it’s at their fingertips. This reality actually fosters addictive behavior, and while I am not excusing it, I believe it explains why so many young people experience addictions: they can get all they want of anything now, and as a result, the wait-and-be-patient muscle is underdeveloped. Addiction has replaced moderation as a norm in society.

Culture ambushes kids, moving them from “awesome” to “awful.”

Let’s face it. This generation grew up in a time when adults were giving trophies out just for playing, for praising kids just for doing what’s expected, and for telling them they were special by posting bumper stickers about them. The trouble is, adulthood ambushes them as they move past adolescence. Suddenly, they’re not good enough. One survey shows that nearly 1 in 5 college students have tried self-harming, and a growing number have experienced what clinical psychologists are calling a “quarter-life crisis.” They’re slipping into clinical depression because life was harder than they expected. What’s more, Gen Yers in the workplace are frequently oversensitive. Recent grads have an automatic, knee-jerk reaction to criticism and tend to dismiss it. One employer said, “Even if they fail miserably at a job, they still think they’re great at it.”

I believe it’s time we found ways to combat these unintended consequences to our culture’s norms. None of these negative components are a result of a conspiracy. At the same time, we cannot simply leave the maturation of our students to chance. It’s time we develop them into the best version of themselves.

Do You Wish You Were Someone Else?
Dr. Tim Elmore

So, You Think You're a Lion?
JR Vassar
Follow Us
Grow Daily with Unlimited Content
Uninterrupted Ad-Free Experience
Watch a Christian or Family Movie Every Month for Free
Early and Exclusive Access to Christian Resources
Feel the Heart of Worship with Weekly Worship Radio
Become a Member
No Thanks