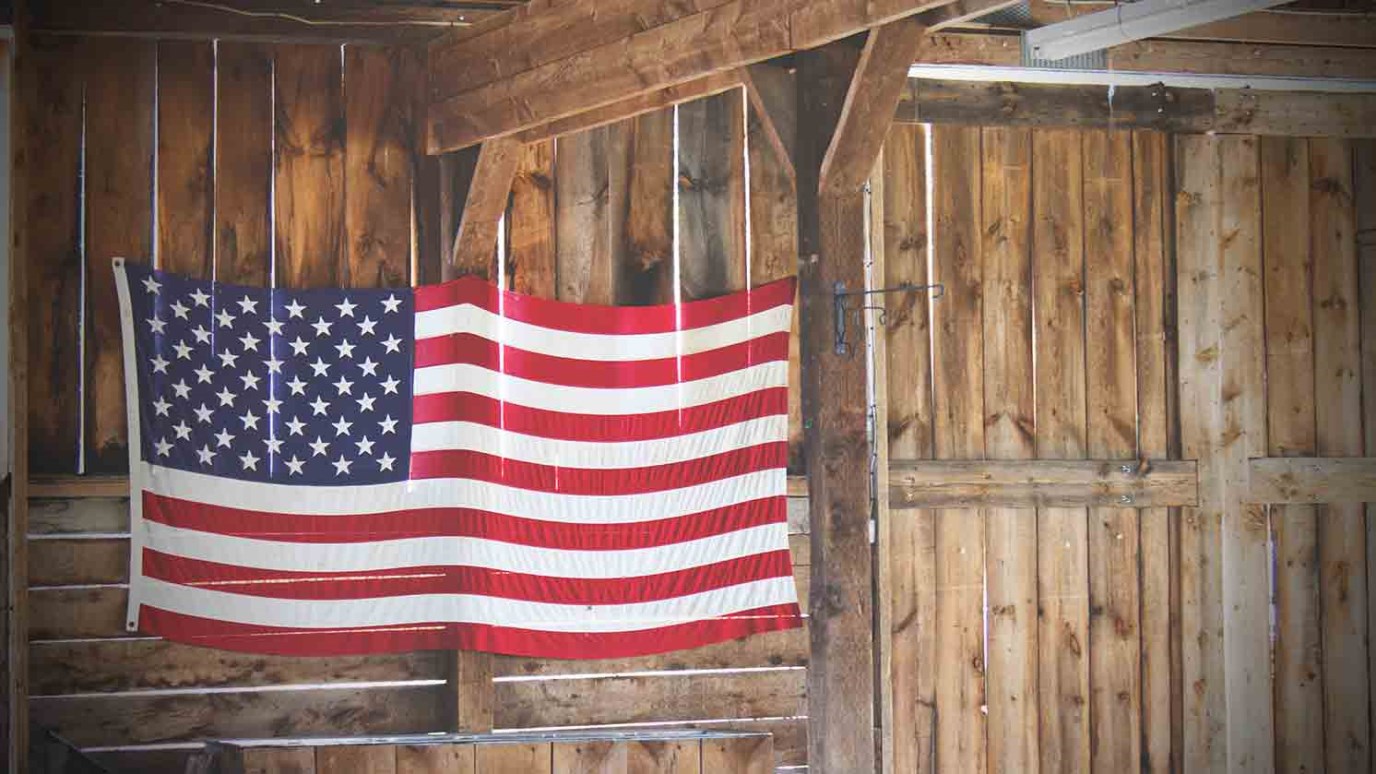 The freedoms we enjoy in America speak of a greater and more enduring freedom — one whose symbols are a wooden cross and an empty tomb.

Last week I visited Fort McHenry in Baltimore, Maryland. This fort is best known for the role it played in the war of 1812. The soldiers who occupied this fort successfully defended the Baltimore Harbor from attack by the British Navy.

Francis Scott Key was aboard a British ship anchored in the Baltimore Harbor to negotiate the release of prisoners. While on board, he learned of the British Navy’s plan to attack Fort McHenry. He was not allowed to leave the ship until the battle ended. As he penned, he watched “the rockets’ red glare and the bombs bursting in air” throughout the night.

The dawn of September 14, 1814, Key saw the American flag, 30′ by 42′ in size, waving over Fort McHenry. The sight of “old glory” inspired him to write the famous words of The Star-Spangled Banner.

This powerful poem captured the essence of the indomitable American spirit. Some 100 years later, by decree of Pres. Woodrow Wilson, it was adopted as our national anthem. Once adopted, the Star-Spangled Banner was inextricably linked to the American flag as symbols of our freedom.

We cherish these symbols and the American way of life they represent. The very act of singing the national anthem as we fix our eyes on a flag waving in the distance invokes a sense of patriotism and thankfulness in each of us.

We are privileged as American citizens to have freedom of religion, free speech and the right to pursue happiness, just to name a few. These are the qualities of freedom that these wonderful symbols point us to. They also issue a warning that these freedoms could be taken away or lost. We should never take them for granted.

What we have in America speaks of a greater and more enduring freedom, one whose symbols are a wooden cross and an empty tomb. These symbols point us to the newness of life we have in Jesus Christ, a life marked by freedom from sin and death, freedom from legalism and freedom from the fear of death. These are freedoms that Christ purchased for us and they can never be taken away.

When you think of the cross and empty tomb, what aspects of your new life in Christ are you most thankful for? For me, it’s the truth that I’ve crossed over from death to life. What about you?

What Is Freedom? How Do We Become Free?
Colin Smith
Follow Us
Grow Daily with Unlimited Content
Uninterrupted Ad-Free Experience
Watch a Christian or Family Movie Every Month for Free
Early and Exclusive Access to Christian Resources
Feel the Heart of Worship with Weekly Worship Radio
Become a Member
No Thanks