The Small Pond and the Big Picture 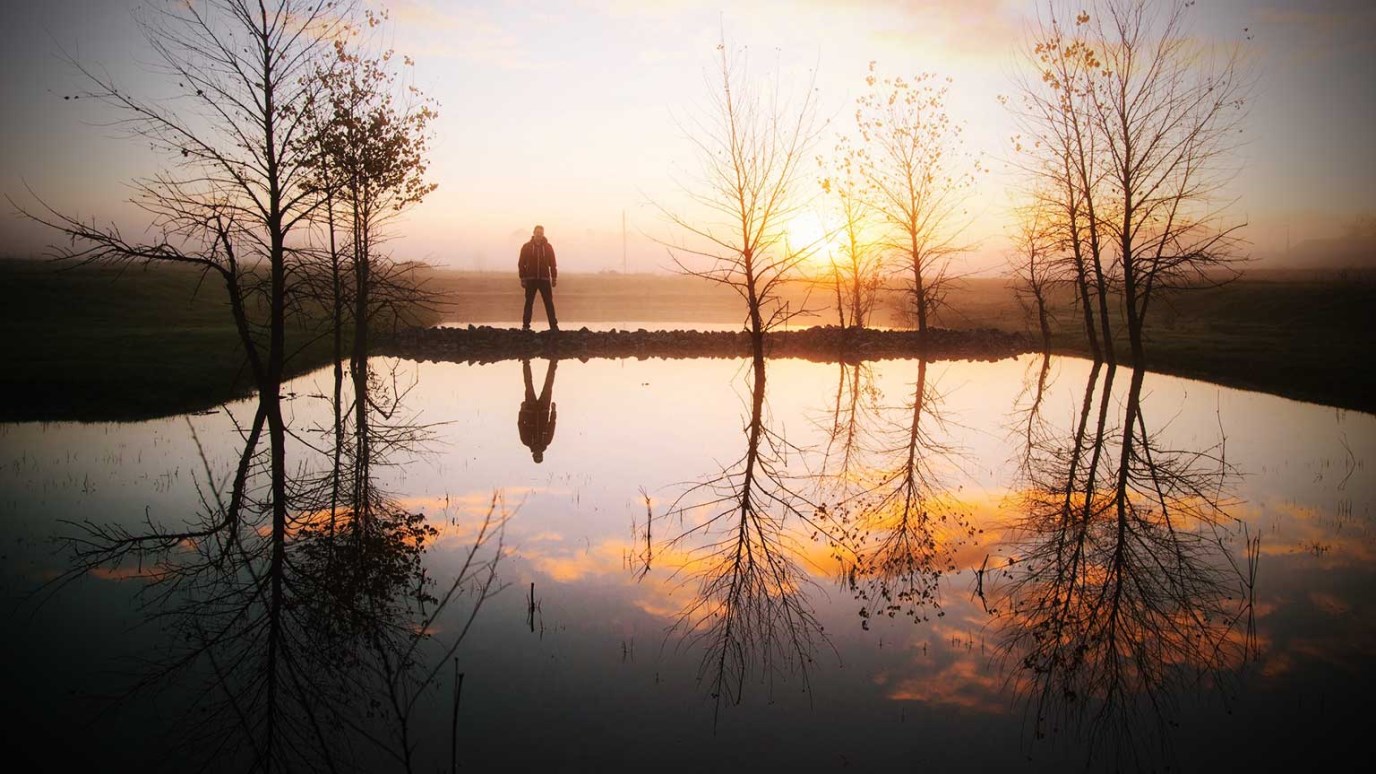 We easily forget the big picture. It's easy to think that our little battle is the only one going on, when in reality it’s just a small fraction of a global war.

The fishing boat was turning to shore after a night of fishing when a kingfisher swooped down and snatched a tiny fish out of the water. Suddenly, the bird lost its grip, and the small fish fell into a pond. Half dead, it struggled back to life. Meanwhile, a large fish approached and said, “What are you doing in my kingdom?” The large fish boasted that he was king over the only kingdom where fish live.

Hearing this, the little fish replied, “If only you could see where I’m from.” And the little fish tried to explain about the vastness of the ocean, all the different kinds of fish, the ships and the whales. The larger fish looked at him in disbelief. And the little fish said, “Well, how would you know? You’ve never left this tiny pond.”

This story humorously illustrates how we become so used to “our” tiny corner of the world that we easily forget the big picture. As soldiers enlisted in the army of Jesus Christ, we too tend to think that our little battle is the only one going on, when in reality it’s just a very small fraction of the global war we are called to fight.

Take a look at the life of the apostle Paul. Here is a man who wouldn’t take no for an answer, regardless of the opposition. He endured imprisonment, beatings, shipwrecks, starvation, loneliness, abandonment and a host of other problems, yet he went forward with one thing on his mind—to preach the Gospel to those who had never heard.

How did Paul and the other apostles survive without giving up hope? They did not allow themselves to get caught up in their own struggles, and they never lost sight of the big picture. In Romans 8:18 Paul says, “For I consider that the sufferings of this present time are not worthy to be compared with the glory which shall be revealed in us.”

While overseas recently, I experienced discouragement. When taping my broadcasts, I sometimes start at 3:30 A.M. One morning when the alarm went off, I didn’t want to get up. I began to complain, “Why me? This is not fair. I went to bed late, and now after only two hours of sleep I must get up.”

Then I sat up and spoke out loud. “I am in a battle. What I do today will touch the lives of millions. Lord, you promised that those who wait on you will renew their strength. Lord, I wait on you, and I know my strength will be renewed.” Ten to 15 minutes went by with me praying and saying God’s Word out loud. By the time I was ready to get back to the studio, I was a brand-new person with excitement, peace and His strength.

What made the difference? I took my eyes off my own struggle and saw the big picture. I saw in my mind the battle that rages all around the world with this generation being enticed by the powers of darkness, bound by Satan’s chains and moving hopelessly toward eternity. I saw a picture of a mighty army filled with the Holy Spirit moving all over the world preaching the Gospel and calling millions to repentance, and I saw those millions responding and giving their lives to Jesus.

When the enemy attacks us as we are serving the Lord, we must remember that there is more going on than what we see around us. We must interpret our little pond, our little world, in light of the much bigger world.

I will never forget what Narayan Sharma, Gospel for Asia’s leader in Nepal, said: “Sometimes it’s so unbearably hot. Sometimes it’s so cold that you don’t want to move; but by any means, it is good to serve the Lord.” This man lives with the reality of the big picture.

In your life you will face days in which you won’t want to pray. Your emotions will be dry. This is the time when you need to stand up by faith and say, “I hang on to God’s Word and will not drown in my own small pond.” Perhaps you will be tempted to stop supporting your native missionary. But look at the big picture! That one native missionary you pray for and support will touch many villages, and hundreds of thousands will come to know the Lord Jesus Christ. Someday you will stand with that multitude rejoicing around the throne.

Are you discouraged? Do you want to give up? Are you having a difficult time looking beyond your own little world? If so, stick close to Jesus. Look into His eyes and receive His strength. Don’t let the devil keep you intimidated, discouraged and focused only on your own little world. God’s kingdom is bigger! Let us rise up and shake off the deception of the enemy. Like Paul, let us never lose sight of the big picture, and let us gladly give our lives so that others may come to know Jesus.

One look at yourself and 10 looks at Jesus will keep you going.

Reflecting His Image © 1998, 2004 by K.P. Yohannan
More Sermon Clips Add To Library Add to My Devotionals Favorite Share Like 3

When Can We Retire?
K.P. Yohannan
Follow Us
Grow Daily with Unlimited Content
Uninterrupted Ad-Free Experience
Watch a Christian or Family Movie Every Month for Free
Early and Exclusive Access to Christian Resources
Feel the Heart of Worship with Weekly Worship Radio
Become a Member
No Thanks