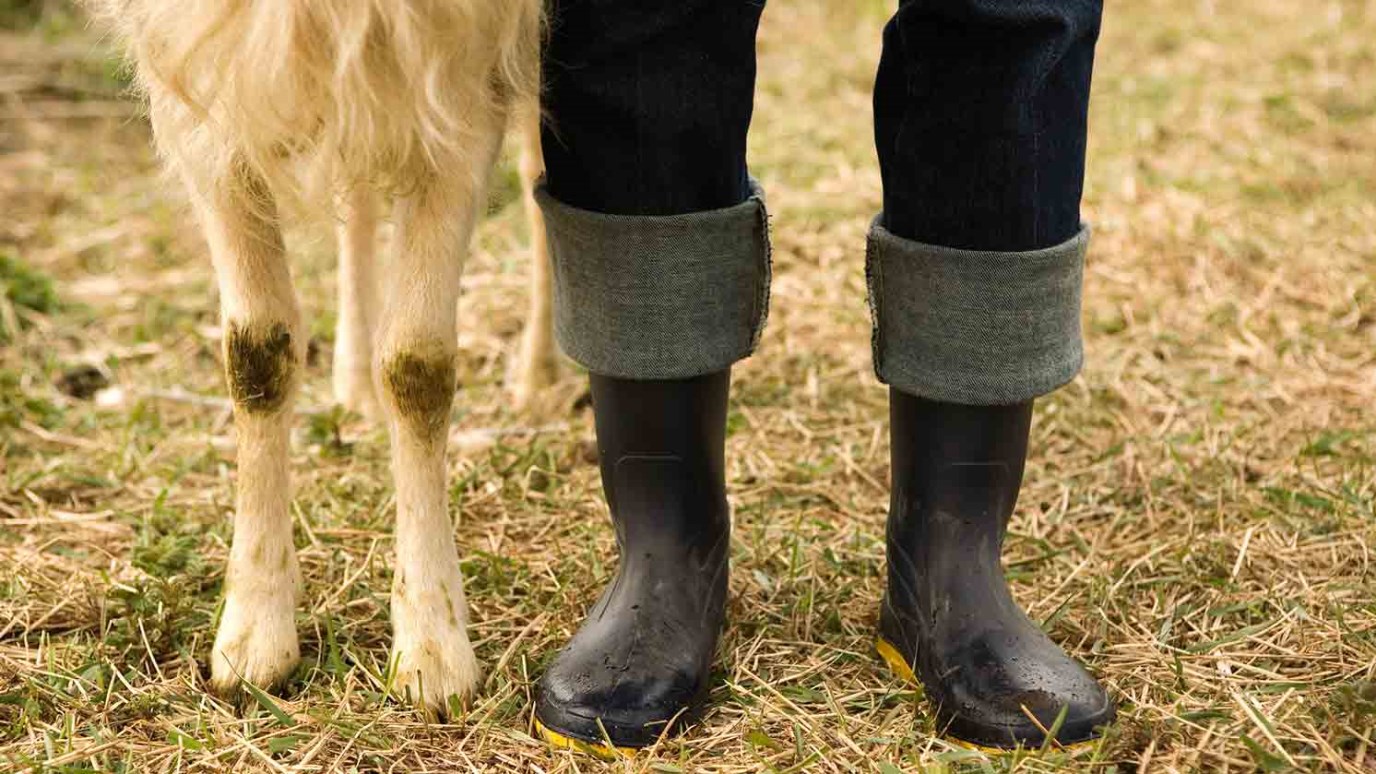 The Good Shepherd delights in the task of caring for His flock and goes willingly to search for the one that has gone astray. But He is also the Good Shepherd who lays down His life for His friends, so that not even one lamb gets away.

“Shepherd” is not a career choice you often hear children dreaming about. Tending sheep is not as adventurous as being an astronaut or as glamorous as being a movie star. But to one small child in a Sunday school classroom, “shepherd” seemed the most logical answer. What do you want to be when you grow up? She wanted to be a shepherd because “Jesus is good at it and it makes him happy.” This, I thought self-assuredly, was a child who was paying attention in my class.

Later, as I put the crayons back in the cupboard and turned to get the kids in line for church, my eyes caught the picture that hung on the wall behind me each week. It was one of Jesus, holding a lamb in his arms, smiling.

The Christian narrative is full of images of sheep and shepherding. The ancient prophet writes of God, “He tends his flock like a shepherd: He gathers the lambs in his arms and carries them close to his heart; he gently leads those that have young.”(1) The gospel writer notes similarly of Christ, “When Jesus saw the crowds, he had compassion on them because they were harassed and helpless, like sheep without a shepherd.”(2) Hearing such descriptions, perhaps you recollect images of a Good Shepherd similar to the painting in my Sunday school classroom: Jesus standing peacefully among his flock, keeping watch and taking care. It is an image not far from some of those carefully painted in well-told stories: The LORD is my shepherd I shall not be in want. He makes me lie down in green pastures, he leads me beside quiet waters, he restores my soul.

When Jesus stood among crowds and spoke of sheep, familiar images of fields and grazing sheep would have come to the minds of his hearers as well. For some, the biblical images of God gathering lambs into his arms would have crossed their minds. But these wouldn’t have been the only images that came to mind, particularly for those who heard Jesus in Jerusalem. “My sheep listen to my voice,” he said, “I know them, and they follow me. I give them eternal life, and they shall never perish; no one can snatch them out of my hand.”(3)

Standing in the temple of Jerusalem, preaching to worshipers and religious leaders, these words of Jesus about sheep would have evoked a bold awareness of sounds and activities all around them. At tables nearby, bleating sheep were being sold and carried further into the temple, where they were led through a door to the place of sacrifice. Far from the peaceful setting of a pasture, Jesus spoke of sheep in the place where they were about to be slaughtered. Unlike the shepherd among passive lambs in many of our pictures, tending these sheep requires something more than a gentle hand and a watchful eye. These sheep needed to be saved.

So it is quite telling that Jesus first identifies himself, not as the Good Shepherd, but as the gate for the sheep. In the ancient walls of Jerusalem, there was a gate on the north of the city, by which animals were brought in from the countryside for sacrifice. It was called the Sheep Gate. Once inside the city and within the temple courts, there was only one door where the sheep went in, and no lamb ever came back out after entering the temple. They traveled in only one direction, and there they were sacrificed for the sins of men and women. For first-century hearers of Jesus’s words about sheep, such knowledge added to the shock of Christ’s words: “I tell you the truth, I am the gate for the sheep…. I am the gate; whoever enters through me will be saved. He will come in and go out, and find pasture.”(4)

In the temple filled with sheep on their way towards death, Jesus declared there was a way out: “I have come that they may have life, and have it to the full. I am the Good Shepherd.”(5)

Like the child in my Sunday school class, I readily imagine the Good Shepherd delights in the task of caring for his flock. He goes willingly to search for the one that has gone astray. He gently offers his arms and guidance through valleys and beside still waters. He calls us by name and smiles at recognition of his voice.

But he also breaks into courtyards where there is no longer hope. He refuses to cower through the course of our rescue, though he is accosted by our sin and humiliated by our denials. He provides a way, though it costs him everything. He is the Good Shepherd who lays down his life for his friends, so that not even one lamb can get away.

Are You Sure?
Jack Hilligoss
Follow Us
Grow Daily with Unlimited Content
Uninterrupted Ad-Free Experience
Watch a Christian or Family Movie Every Month for Free
Early and Exclusive Access to Christian Resources
Feel the Heart of Worship with Weekly Worship Radio
Become a Member
No Thanks