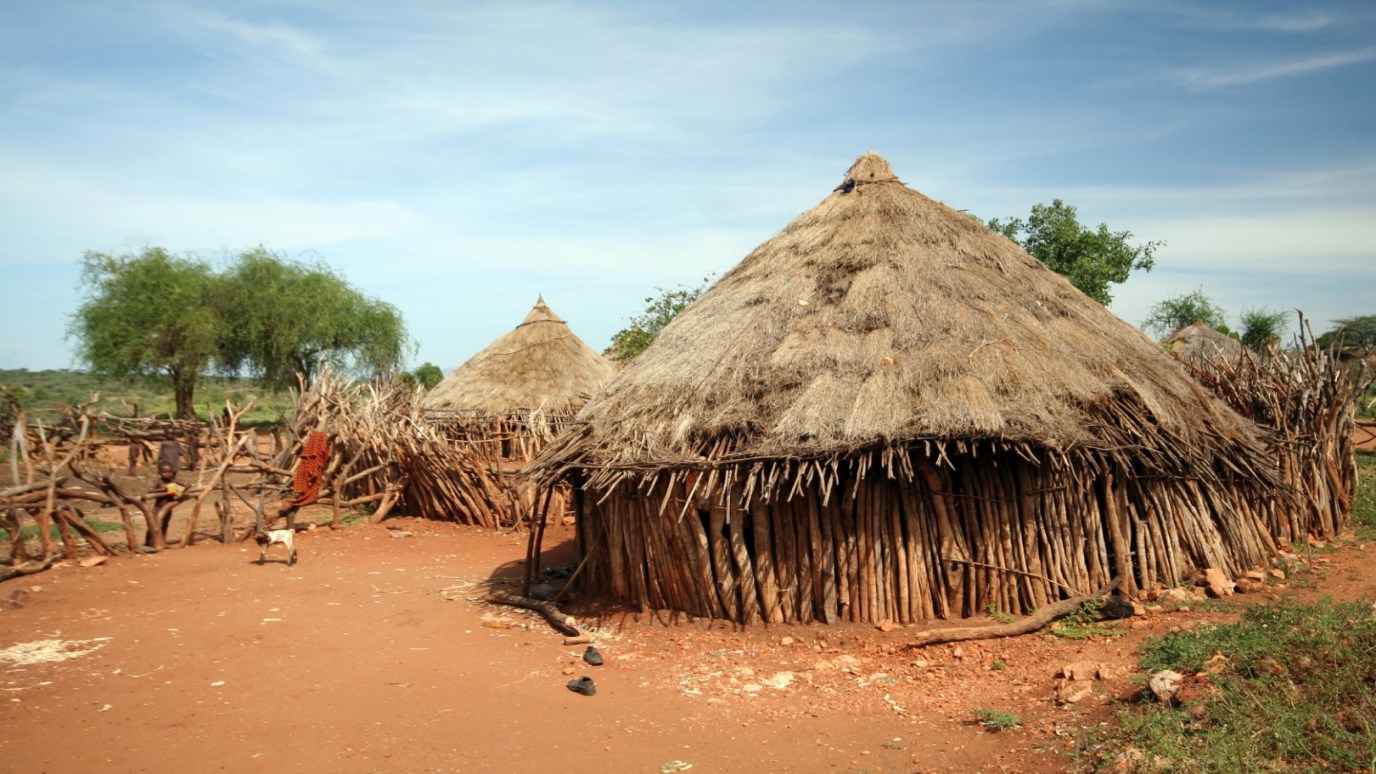 After years of suffering and the desire for revenge, Medad Birungi learned what it meant to be forgiven—and the power of learning to forgive.

Medad Birungi was on the other end of the telephone. “You seem very excited,” he said. I had heard about the Ugandan minister, evangelist, and social entrepreneur, and was eager to speak with him. “Tell me, are you always this excited?”

We were talking for the first time, trying to see whether there might be any way of Medad’s dramatic life story being made into a book. I’m a writer who’s been around the block enough times to know that it’s better to hold back the excitement until the deal is signed. But even so, on this phone call, I was having trouble keeping my enthusiasm in check.

Medad’s story has that effect on people. When you hear about the life-suffocating poverty, the agonizing suffering and the grace-soaked, God-scripted rescue, it’s almost impossible to resist. And then, when you see Medad in action, the excitement gets contagious. A few months later, I was driving southwest across Uganda, heading towards the lush mountains in which Medad had grown up. He was in the back, shaking off a bout of malaria that he described as “not too serious,” while I stared out at the passing countryside. We swerved to avoid cows, paused to buy fresh pineapples the size of over-inflated footballs, and let the hours merge into each other. We were on African time now.

They say that once Africa’s blood-red soil gets on your soul, it never really comes off. For me, it wasn’t so much the soil that got under my skin, but the people. Listening in the fading light as Medad began to tell me about the poverty of his childhood, I was struck by how much he had been forced to endure at such a young age. “Once my father abandoned us by the side of the road,” he said, “we became very poor. I was eight before I wore my first pair of trousers, ten before I went to school and twenty-one before I owned my first pair of shoes. I would search the trash for food that people had thrown away, wiping the excrement off a potato or fish head before taking it home for my mother to cook.”

Life was hard—of that there was no doubt. But it was not just the absence of money that was challenging; certain villagers made it their mission to assault and abuse Medad, his mother, and sisters whenever possible. He talked of being beaten. He had been stabbed. Among the worst of troubles was the murder of his older sister—fellow villagers, jealous of her efforts to free the family from poverty, had hired assassins to kill her.

How could one man endure such pain and still remain standing? Over the days that followed, I found my answer. All I had to do was watch Medad return to his former villages. From mud-walled shacks emerged smiling elders, both hands raised high in greeting of their own dear “Reverend Medad.”

“He is a good man,” I was told by one old villager in a suit jacket three sizes too big. “He comes and prays with us and always buys us food.”

“Yes,” added another, his face aged by more than just weather. “And the orphans in the next village—he has changed their lives forever.”

Yet one encounter during my visit stood above all others. As we climbed down the steep track that had snaked its way up to the banana tree under which Medad had been born, we stopped to greet three women. I guessed they were three generations of the same family, and it was the eldest, shortest woman—her eyes clouded and barely working—whom Medad spoke with. I could not understand the words used, but from the smiles and tears that passed between them, I knew this was a special meeting. After Medad had pressed some cash into her hand, we left.

“She is my aunt,” Medad replied. “My father’s sister. She is the one who called the assassins, gave them food and led them to my sister’s house. She left while they murdered my sister.”

I was stunned. All I could manage was a mumbled “How?”

“I wanted to kill her. She was on my list of nineteen people that I was going to murder, but after the Lord arrested me and I accepted Jesus as my Savior, I chose to confess to my aunt and also to forgive her. When Christians hold on to bitterness and unforgiveness, it becomes food for the Devil.”

That moment when Jesus “arrested” Medad turned out to be a beautiful story. Having listened to a presentation of the gospel at school, Medad fled, appalled by the notion that he was worthy of receiving—and commanded to offer—forgiveness. The pressure within him increased until there, in the middle of a crowded bus, he stood up and cried out:

And then, he fell down and started to weep.

An elderly Christian man, full of godly wisdom, helped Medad up from the bus floor. He understood that if this young man was to truly rebuild his life, then forgiveness was not an optional extra. He encouraged Medad to confess everything first to his mother, then to his church, and finally to the people he had been planning to kill. Medad approached each one in turn and owned up to all he had done and planned to do. Not just some, and not just to the people who were on his side. He told the whole story, unedited, and he told it to everyone.

There are too many Christians who nurse their bitterness as if it were a baby. But as we have been forgiven, so we must forgive others. It is a command, not a choice.

This is the heart of Medad’s message the power of forgiveness—a power so great that he calls it “revolutionary forgiveness.”

Medad still bears the scars of a hard, hard life. But perhaps it is because of— not in spite of—those old wounds that his words have such weight. When he talks about the need for forgiveness, everybody knows that he has a great deal to forgive.

As our week together drew to a close, I began to spot Medad’s revolutionary forgiveness in action almost everywhere I looked. There, among the poverty, standing on soil the color of the setting sun, I saw so much wealth, so much life and abundant hope.

Weeks later I was back home in England sitting at my table with Medad. He had come to town for a series of speaking engagements, and gathered around us was a group of his friends, acquaintances, and complete strangers. All of them had traveled—some for hours— to spend just a little time in the presence of Reverend Medad and pray with him.

It was a long night, and I listened as those waiting for their turn with him told of the ways in which he had helped others: the orphan he had taken in as his own; the woman who had been wounded, scarred, and finally abandoned by her husband; the young men who no longer allowed poverty and pain to define them, but instead lived with a sense of purpose and devotion to God.

“It is one thing to try to forgive someone on the occasion when they have hurt you,” he said the next day as we drove to the airport. “But it is quite another thing to adopt a lifestyle of forgiveness. It takes effort, determination, and sacrifice. To live a lifestyle of forgiveness means choosing to pursue a life of holiness and avoiding the things that could defile you. You have to repent.”

In the silence, I thought of my own life.

Who else did I need to forgive?

“Forgiveness is a process,” he continued, as if my thoughts were audible. “And it is one that can take years. You might forgive someone once or twice—choosing not to give in to bitterness and instead to offer grace and kindness. But the wounds we carry within us take far more than bandages and kisses to heal. It often takes years to overcome emotional pain. And when you are dealing with people who deliberately act to harm you, the whole thing just becomes even more complicated and painful.”

“What happens when we don’t forgive?” I asked as we pulled up to the terminal. “Forgiveness is like breathing in and breathing out,” he answered. “We must inhale and exhale, asking forgiveness of our own sins and offering it without charge to those who have hurt us. Without it, we suffocate. Without forgiveness, we die.”

We said goodbye, and I watched as the crowd swallowed Medad—a secret revolutionary, but one so full of power and hope.

Must I Forgive Those Who Refuse Forgiveness?
Hank Hanegraaff

Losing Your Baggage
Dr. James Merritt
Follow Us
Grow Daily with Unlimited Content
Uninterrupted Ad-Free Experience
Watch a Christian or Family Movie Every Month for Free
Early and Exclusive Access to Christian Resources
Feel the Heart of Worship with Weekly Worship Radio
Become a Member
No Thanks