The Rest of the Story - A Family Devotional 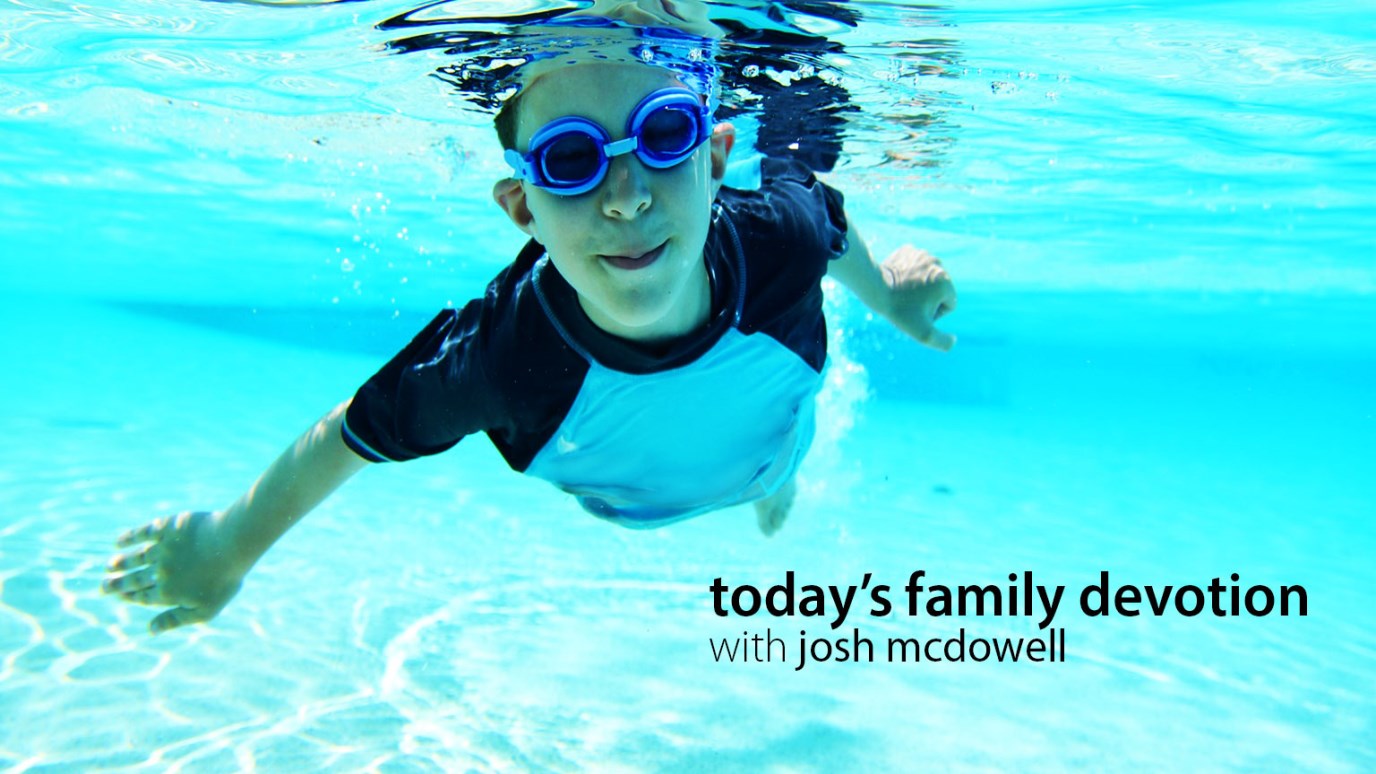 Should a person make a commitment to being fair to others? If so, why?

Knowing right from wrong is only part of the picture. We must still choose to do the right thing.

Verse of the Day: “The Lord is more pleased when we do what is just and right than when we give him sacrifices” (Proverbs 21:3).

Asit heard the whistle as he climbed out of the swimming pool. He glanced up to the lifeguard chair, where his big brother, Ravi, sat.

Ravi beckoned to his little brother. “Asit,” Ravi said, leaning over in his chair as he talked, “how did you get back on the diving board so quickly?”

Asit shrugged. “I told Robbie to let me ahead of him because I wanted to go again,” Asit said.

“I don’t know.” Asit thought for a moment before answering. “I guess I just didn’t want to be fair. I wanted another turn.”

Asit frowned. “OK,” he answered after a pause. He walked back to the diving-board steps and joined the end of the long line.

Ravi was shocked at his brother’s behavior. He and Asit had both been learning about right and wrong in Sunday school and in youth group at church. He felt confident that Asit knew the wrongness of his actions. But he’d done wrong anyway.

After further thought, Ravi realized he shouldn’t be so surprised. Knowing right from wrong isn’t enough, he thought. Even when we know right from wrong we can still choose to do the wrong thing. Asit and I both need to make a commitment to choose God’s way.

“Lord,” he whispered, “I commit to your way. I commit to acting fairly when I’m faced with the chance to do something unfair. Help me be a good example to Asit. Please help us both to not just know what’s right but to choose what’s right too.”

Ravi suddenly noticed Kristie, one of the other lifeguards, standing beside his chair. He felt suddenly embarrassed as she asked, “Who are you talking to?”

“I was …” Ravi realized he was about to make something up about how he was just talking to himself, but the lie seemed to stick in his throat. He’d just finished asking God to help him choose to do the right thing. He didn’t know God would answer his prayer so quickly. “I was … I was praying,” he said finally. “I thought so,” Kristie said with a smile. “That’s really cool.” “Thanks,” Ravi said, directing his comment as much to God as to Kristie.

TO DISCUSS: Should a person make a commitment to being fair to others? Why? How can a person show by his or her actions that he or she has made this commitment?

TO PRAY: “God, we have no right to judge others since we’re sinners ourselves. Help us not to look for the sin in others but to look for opportunities to be fair.”

Not Seeing Is Believing
Brenda Emmons