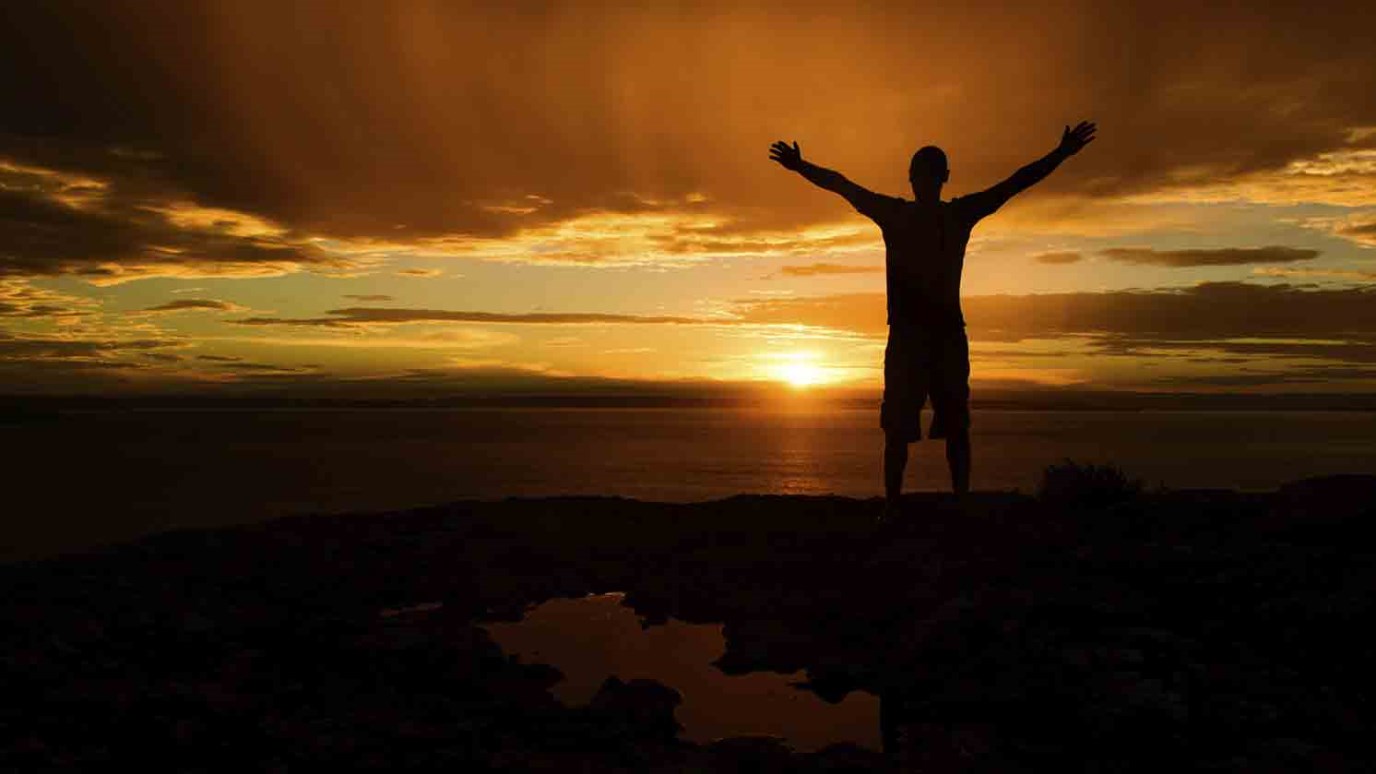 In the 1999 movie The Matrix, the visible world was nothing but a virtual reality computer program. Toward the beginning of the film, Morpheus offers the main character, Neo, two different pills and says, "You take the blue pill, the story ends. You wake up in your bed and believe whatever you want to believe. You take the red pill, you stay in wonderland, and I show you how deep the rabbit hole goes."

Our world is filled with people who have taken the blue pill: they wake up every morning and believe whatever they want about life, death, and the afterlife. I hear people say, "I don't buy into the supernatural. I live in the real world." Paul the apostle would say, "Okay, this is the real world, but there's a really real world that's coming when we die." So what is the Christian's experience from the point of departure -- death -- until we receive our resurrected bodies? Paul wrote three important truths about this in 2 Corinthians 5:1-8.

First is our destination: what we know. "For we know that if our earthly house, this tent, is destroyed, we have a building from God, a house not made with hands, eternal in the heavens" (v. 1). When we as believers leave earth, we go to heaven. When we move from this tent -- the physical body -- we go to a permanent temple -- a house. Paul was a tentmaker, and the analogy is clear: A tent is temporary, flimsy, and weak. A house is permanent, sturdy, and strong.

Here's the principle: the way we look when we die isn't the way we're going to look forever. The real me is spirit and is able to communicate who I am via this medium called the human body. But the body is only a tent, and after a while, the threads start to unravel. The flaps become more prominent. The tent starts to leak. It's just the nature of our bodies -- they're not meant to last.

This leads to our frustration: why we groan. "For in this we groan, earnestly desiring to be clothed with our habitation which is from heaven, if indeed, having been clothed, we shall not be found naked. For we who are in this tent groan, being burdened, not because we want to be unclothed, but further clothed, that mortality may be swallowed up by life" (vv. 2-4). Paul was not expressing some morbid desire for death -- quite the opposite. He was groaning for glory so he could experience his glorified body. Believers often ask me what we'll look like the moment we die. I think the best answer is simply: "Better. Much better."

The third truth Paul wrote is our affirmation: when we're confident. "So we are always confident, knowing that while we are at home in the body we are absent from the Lord. For we walk by faith, not by sight. We are confident, yes, well pleased rather to be absent from the body and to be present with the Lord" (vv. 6-8). This is like Paul clicking his heels, saying, "There's no place like home." The reason God's people can be so confident is because there are only two places God's people can be: earth or heaven. You're on earth as a believer, and the moment you leave, you're in God's presence.

If you don't carefully examine these truths about the afterlife, you've taken the blue pill; you'll just wake up and believe whatever you want. But this is the red pill -- this is wonderland. We are just traveling through, and there'll come a time when we will not be here. The tent will be taken down. If you don't personally know Jesus, I pray that in this interim we call time, you would make the choice to follow Him.

Living for the Lord
Jonathan Falwell