The Real Cost of a College Education 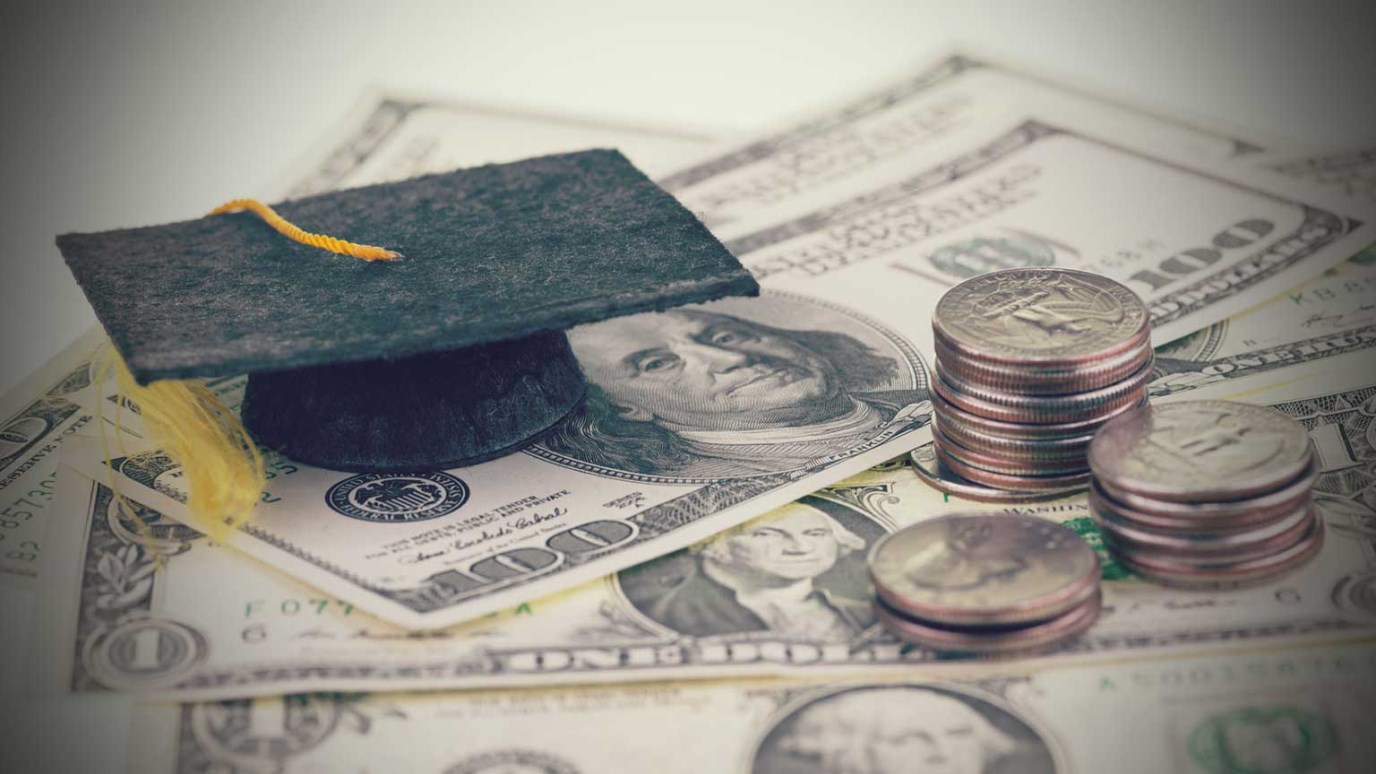 Is college really worth the price tag? Why is the value going down?

Not long ago, America reached a new milestone. We now endure a $1 trillion debt in student loans. Think about it: one trillion dollars. That’s bigger than our credit card or auto loan debt. Each student graduates with approximately $25,000 in debt. What’s worse, nearly half of these graduates were unemployed in 2013, while about one in eight default on their student loans. The model is falling apart.

It’s why so many young adults are asking the same question my generation asked as we turned eighteen: Is college really worth the price tag? Today, their answer to this question is different. More and more are saying, “No. It’s not worth it.”

How did we get into this mess? Why is the value going down?

Reason One: As federal and state funding has dropped for colleges, the price tag has gone up for tuition. College education costs have risen higher than the cost of anything else since 1978. The rate has increased far more than the inflation rate. And without any guarantee of a job in the end, the costs continue to skyrocket. What’s worse, if the school is endowed, it doesn’t have to practice good business or even be relevant.

Reason Two: Because colleges are in a war for enrollment, they add staff. Lots of staff. In fact, college staff growth has gone up 240% in the last 20 years. Further, the salaries of many college presidents are astronomical… and you can imagine who’s invoiced for this payroll. This overhead is just a bad business model.

Reason Three: Colleges continue to download information in an antiquated fashion. It began at Harvard College 400 years ago, an offspring of Cambridge University, in the basement of a Puritan church. The class “lecture” was much like a sermon. Soon, other colleges mimicked Harvard. Nothing wrong with that in the beginning, but our world has changed. The content may be good, but the pedagogy hasn’t kept up with the students’ learning style or needs.

Reason Four: Today, student expectations are when it comes to entertainment, so campuses are adding climbing walls, pools, bubble baths, Jacuzzis, and recreation centers… and the cost is being passed on to the student. Many pay $60,000 a year to go to school. During the Baby Boomer era, a kid could attend college and pay for it through a summer job. Now, there is no way that could happen.

Reason Five: Over the last 20 years, the out-of-state student population has doubled. Schools cater to it. Kids come to party, and their parents often pay for the party. Schools are ranked for both prestige and parties… and they love it. It’s a recruiting tool. This obviously doesn’t help schools reach the goal of producing career-ready graduates—just adolescents who’ve had a great time for four to seven years.

Reason Six: Because students (and parents) are customers, schools feel the pressure to make them happy. Students rate their professor on customer-service surveys. It causes some schools to ask nothing of them in return academically. Schools want students to remain as happy customers. 36% of students say they study less than five hours a week. 66% fail to graduate in 4 years. 44% fail to graduate in 6 years.

Where Is This Going?

There has to be a change coming. Author Peter Schiff says there is going to be a “crash.” Colleges cannot stay on the current path and survive, especially when many people no longer see college as a good investment.

In a unique response, the “Uncollege” movement encourages students to “hack” their education. Dig and find what you need to learn, as opposed to blindly moving down a four-year liberal arts track. Founded by Peter Theil, Uncollege.com offers tens of thousands of dollars to high school graduates to not go to a four-year college. Instead, they’re encouraged to start a business and “hack” what they need to learn.

Additionally, an increasing number of students are saying “no” to the current methods of higher education and choosing MOOCS (Massive Open Online Courses). More and more schools, including Ivy League universities, are offering free courses online. They include short videos, online chats and downloadable content. If you stop and think about it, the cost of video content is relatively low and progressing towards “free.” You can watch almost any content on video at no cost today. I believe educational institutions will have to figure out how to monetize content on video, but offer it to anyone for free.

Above all, I believe it’s imperative to re-think three things: what students actually need to thrive in a career, what problems need to be solved in our world today, and how we can cultivate young leaders who thrive at serving people and solving these problems.

That’s exactly what we’re trying to build at Growing Leaders.

Do I Have to Know My Life Plans by 18?
Revive Our Hearts