The Promise: The View From His Shoulders 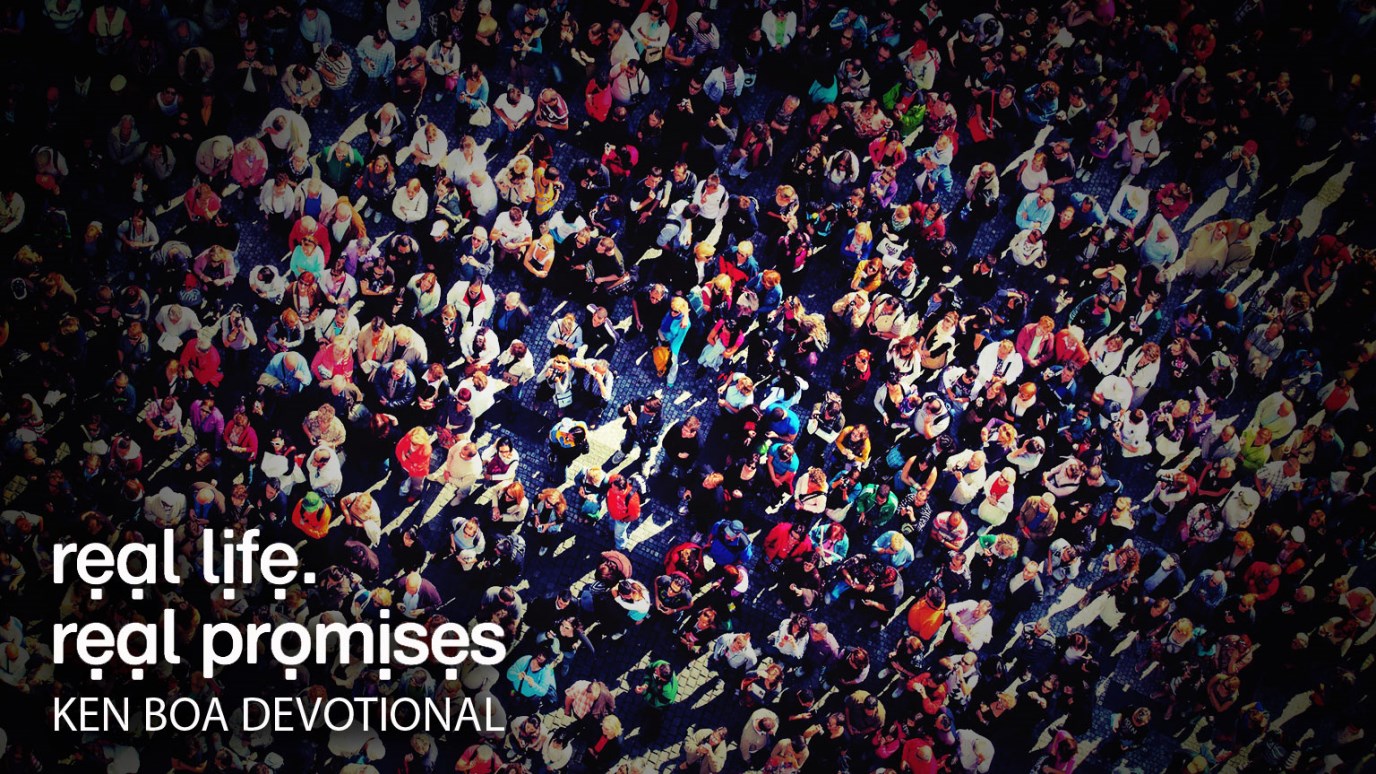 Let your Father scoop you up and plant you on his mountain-like shoulders. From there, you'll see things you couldn't see before.

Woe was Moses. He was facing a hot, tired, weary, complaining band of several hundred thousand Hebrew former-slaves. His task? Convince them they would be able to face the sword-swinging, chariot-driving Canaanites and Philistines looming large on the horizon of the Promised Land—and defeat them. They had just completed a grueling, months-long trek through the hot desert sands of the Sinai Peninsula. And the perfect picture came to Moses: The Lord your God will carry you to victory “as a father carries his son.” As a father carries his son!

The Hebrew men to whom Moses was speaking had been carrying their small children off and on for months. It started in the middle of the night when they fled Egypt during the first Passover. They carried them the next day over hot Sinai sands when little legs could toddle no further. Then, with walls of water roaring and thrashing on either side, fathers grabbed up hysterical children and slogged through the muddy floor of the Red Sea to escape Pharaoh’s charging chariots. Then, more hot sands... scorpion stings... stone cuts... feet that became pin cushions for desert briars. As a father carries his son, so God will carry you, Moses said.

How does a father carry a son? The timeless way is to come from behind and scoop the child up with a fluid movement that plants him on a shoulder. What child doesn't love that perch? Arms tightly wrapped around Daddy’s head, vise-like hands of the father securing his safety—from that coveted spot a child knows no fear, sees no obstacles, and is ready to conquer the world. His father’s strength becomes his as long as he is being carried—which is exactly what the father wants him to feel.

Do you have a promised land to invade—or maybe just a dinner to prepare after working hard all day? Forget your burned, stung, and cut feet. Let your Father scoop you up, like the flood raising Noah’s boat, and plant you on his mountain-like shoulders. From there, you will see what you couldn't see standing on your own. You’ll see things from His perspective.

God’s Promise to You: “While I am carrying you , you will never stumble or fall.”

From Trying to Trusting
Colin Smith