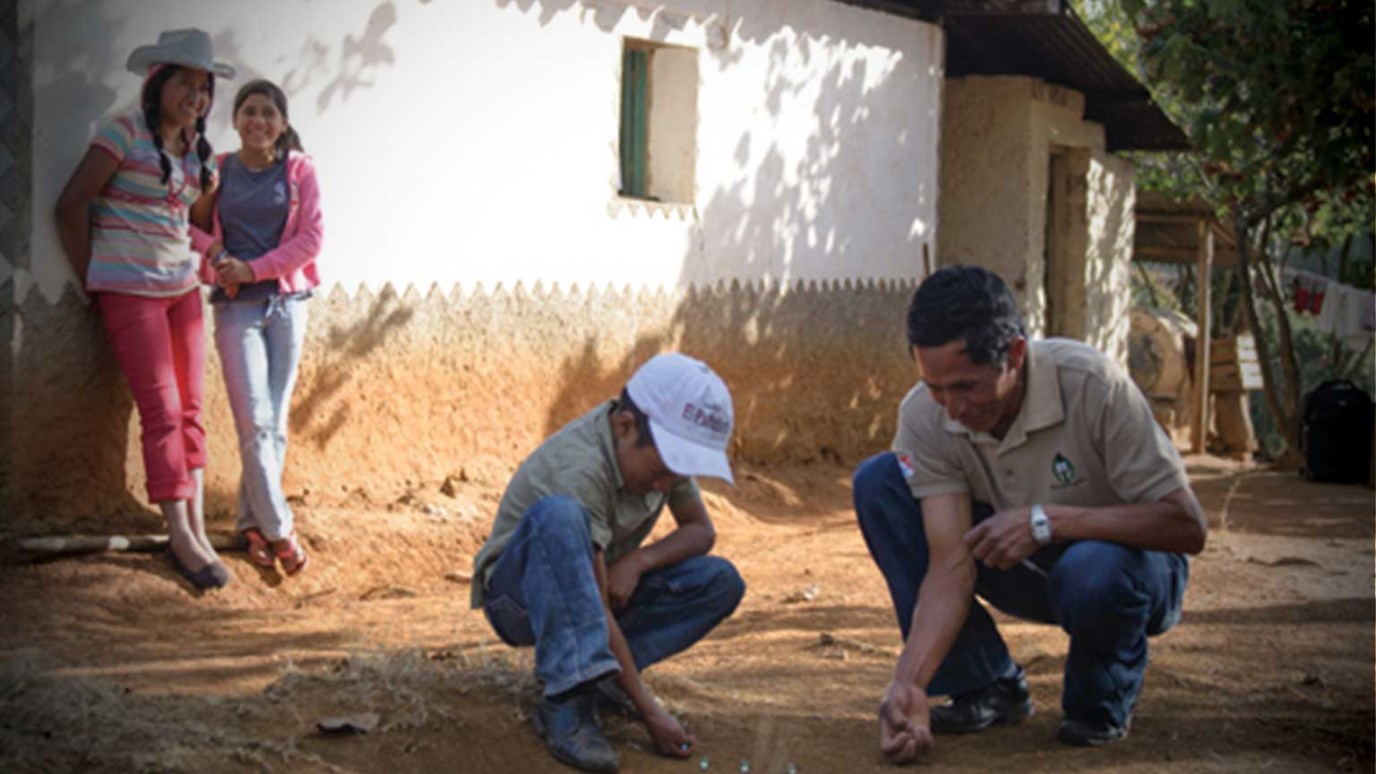 World Vision writer and photographer Laura Reinhardt writes about a father in Honduras whose faith brought him back to his family.

World Vision writer and photographer Laura Reinhardt writes today about a father in Honduras whose faith brought him back to his family.

Francisco Rodriguez took any work he could find, usually construction. He had to leave his family to find day jobs in the nearby town of La Esperanza, in western Honduras.

“Sometimes he would work and only make enough money for the day, so it was really, really a difficult life,” says his wife, Carmen Arriaga.

Struggling to survive in Honduras’s Yamaranguila region, this family of eight faced other challenges, too. When Francisco couldn’t find work, he often stayed in town drinking. Carmen and her daughters never knew whether he would come home drunk or with money; if it turned out to be the former, they never knew what was going to happen.

Sometimes Carmen locked him out of the house. She knew it would make him angry, but she was angry, too.

In 2003, Carmen was pregnant with the last of the couple’s six children. Because she always came to her appointments alone, her doctor thought she was a single mother. When Francisco finally went with her, the doctor reprimanded him and asked him if he attended church, wondering why his faith wasn’t influencing his behavior.

Francisco did go to Mass, but only to keep the seat warm. Still, the doctor’s words got him thinking.

That year, World Vision invited Francisco to participate in agricultural training. Francisco owned land, but it lay fallow because Francisco had to travel to La Esperanza for work so often. But with World Vision’s training, Francisco was soon equipped to grow crops, and he embraced the new opportunity to support his family -- an opportunity that kept him away from the city and all of its temptations.

Participating in World Vision’s work, Francisco began to see how faith in Christ motivated the staff. As a result, Francisco’s own faith began to grow.

As Francisco’s relationship with Father Lucio grew, the priest asked Francisco to be in charge of one of the community groups. Francisco agreed, but wondered whether he could handle that responsibility.

Through that leadership role, Carmen remembers that her husband “was touched by God, so he could change.”

In April 2012, World Vision introduced Channels of Hope in Yamaranguila -- a multi-faceted program that encourages Christians to understand their role as followers of Christ. The program is designed to help them to combat deeply-held cultural beliefs that have a negative impact on their communities, including HIV and AIDS stigma and gender inequality.

As Francisco attended the program’s training, he became more open to Carmen’s participation. “Now there is no longer any chauvinism,” he says. “It’s the church that has changed us and shown us that men and woman are worth exactly the same in the eyes of the Lord.”

Carmen has blossomed and grown more confident. “It’s been a transformation that is incredible, and every day I thank God because this has totally changed every step I take,” says Carmen. “World Vision has been like a right arm for us.”

Today, as part of World Vision’s focus on maternal and child health, Carmen is leading a support group for pregnant women and new mothers. She speaks confidently, providing community members with health information she learned through World Vision.

Carmen is often out working with women in the community. On these days, Francisco prepares dinner for his children, something he never would have dreamed of doing just a few years ago.

Their only son was born just as Francisco’s life began to change. He attends many of the spiritual trainings with his father. “I think that he is learning all this, and that is what will make a better man out of him,” Francisco says.

The whole Rodriguez family works together in the fields. Francisco looks at his fields of corn, radishes, and beans and says, “I’m really thrilled about this, because when you work together it really motivates you to continue to grow. All this is a result of the training that we have received.”

The man who used to disappear and keep his family on edge now works and prays with his family. He even makes time to play with his children.

A single tear of joy slips from Carmen’s eye as she acknowledges the amazing transformation that has taken place in her family.

“I’m just happy,” Francisco says, “having a life that I have with my wife, with the daughters, and doing what we’re doing. There are many people who are tired of life, but we aren’t. We all have the drive to continue developing and to continue forth. And so, we’re very happy and satisfied.”