The Prayer That God Hears 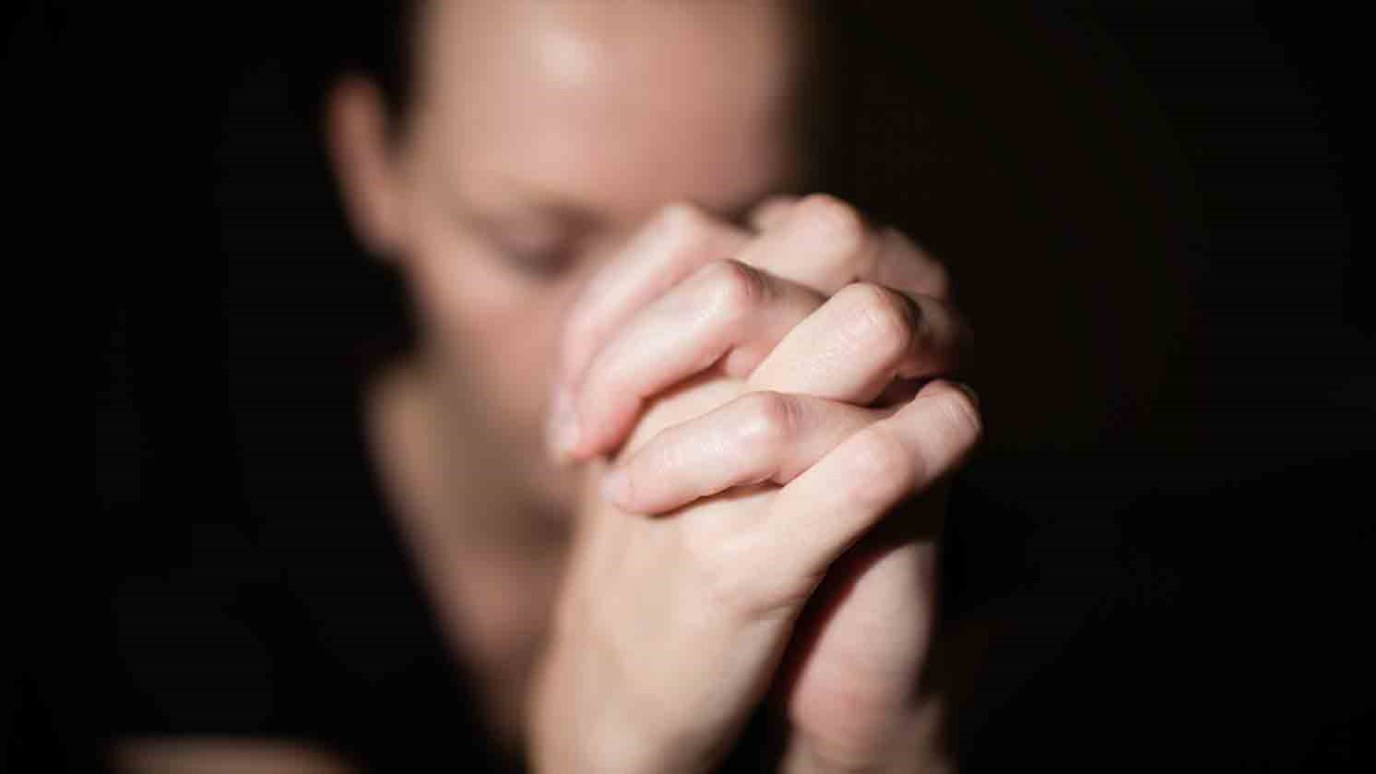 What lessons can we learn about righteousness from the Pharisee and the tax collector?

The famed novelist Leo Tolstoy, best known for War and Peace, once wrote in his diary, “I read a book on the literary characterization of genius today, and this awoke in me the conviction that I am a remarkable man. I have not yet met a single man who was morally as good as I.”

This isn’t far off from what the religious leaders of Jesus’ day thought of themselves. Most were convinced of their moral superiority—after all, they’d made up plenty of their own guidelines. Now, most of us wouldn’t go so far as Tolstoy. But if we’re honest, we’d have to admit that it’s a little too easy to point out the moral weakness of others. And that’s why we’d do well to pay attention to Jesus’ story of the Pharisee and the tax collector.

The Good Guys and the Bad Guys

In Luke 18:9-14 (NIV), Jesus told this parable especially for those “who were confident of their own righteousness and looked down on everybody else.” His two characters are a Pharisee (a good guy) and a tax collector (a bad guy) who come to the temple to pray; the story’s surprise ending reveals whose prayer actually reached the Father’s heart (the bad guy’s). That may not come as a surprise to us, but it would have utterly shocked Jesus’ original audience. Today we tend to see the Pharisees as the bad guys, because we know many of them rejected Christ and conspired to kill Him. But His listeners would have seen things differently, and to get in their shoes we need to consider whom we might have best identified with, had we lived in that day.

In Jesus’ time, there were three major religious groups among the Jews. There were Essenes, who left society to live in remote communes, much like the monks of the Middle Ages. They lived ascetic lives: no marriage or private property or friends outside the commune; they wore only the simplest of clothing and ate the plainest of food.

Then, there were the Sadducees, the “theological liberals” of their day. They accepted only the Pentateuch as divine and thought the rest of the Bible was merely man’s teachings. They believed that God didn’t get involved in human affairs but left us to regulate ourselves to our best ability. They also thought the soul didn’t live on after death, so rewards or punishments beyond this world were irrelevant.

And then, there were the Pharisees. They believed that the whole of Scripture was God’s Word and all of it needed to be obeyed. They also believed in the supernatural world, the resurrection of the dead, and all the prophecies about a literal Messiah who would come to save Israel one day.

Of these three, whose worldview fits best with yours? In Jesus’ time, the average religious Jew would have seen the Pharisees as uncompromising followers of Yahweh. They were known for their commitment to God’s Word, while tax collectors were considered crooks who’d sold their souls. So when Jesus mentioned the Pharisee, the crowd would’ve assumed he’d be the good example to follow. After all, comparing the two characters would be like comparing a well-respected Baptist preacher to a drug dealer today! So, to hear the parable the way its first audience heard it, we must see the Pharisees as they did: as spiritual heroes. That’s why it was shocking when Jesus went on to showcase how messed-up this Pharisee’s relationship with God actually was.

It’s implied in the story that, while the tax collector “stood at a distance” in humility, the Pharisee chose a strategic spot in the temple to pray. Jesus saw straight to the motives of religious leaders like him: “Everything they do is done for men to see” (Matt. 23:5). But worse, his entire prayer was about himself (Luke 18:11). He seemed to think he was entitled to walk right into God’s presence simply because he’d kept himself from scandalous sins like theft or adultery. He believed his own version of righteousness (performance plus his proper values and denunciation of immorality) made him fit to get close to God—and that’s one of the biggest lies Satan has foisted upon the human race.

If we think our moral behavior and outward spirituality is what makes us more acceptable than others to the Lord, it will affect how we talk to Him. We’ll assume our agenda is God’s agenda and He’ll want to endorse and bless it. We’ll focus on our own ideas rather than opening ourselves to being touched by His ideas. While we may know intellectually that it’s only His grace that allows us to get close to Him, pride often makes it hard to acknowledge that correct beliefs and lack of obvious sins don’t put us in any better standing with Him.

In his prayer, the Pharisee compared himself to those he disapproved of: “God, I thank You that I am not like other men—robbers, evildoers, adulterers—or even like this tax collector.” He assumed these people were excluded from God’s presence. And that’s what condemnation is all about: it banishes others as rejects. Yet while Jesus had the right to condemn, He showed grace to the very people the Pharisee reviled. He told Nicodemus, another teacher of the law, that God didn’t send Him into the world to condemn it, but to save it (John 3:17).

Scripture teaches that because He died for us, “there is now no condemnation for those who are in Christ Jesus” (Rom. 8:1). Since it’s only by grace that we’ve been saved (Eph. 2:8), we have no right to condemn others. The Pharisee may not have committed adultery or robbery, but he wasn’t right in God’s eyes. In judging others, he brought judgment on himself. When we pray, we can’t bring a condemning spirit into God’s presence and expect to grow in our faith, because condemnation actually distances us from Him. In his classic Mere Christianity, C. S. Lewis wrote “The sins of the flesh are bad, but they are the least bad of all sins. All the worst pleasures are purely spiritual: the pleasure of putting other people in the wrong, of bossing and patronizing...the pleasures of power, of hatred. That is why a cold, self-righteous prig who goes regularly to church may be far nearer to hell than a prostitute.”

The Pharisee had a gaping lack of grace in his heart for others and failed to recognize grace as the true basis of God’s relationship with him. He focused on how well he’d kept the Law and gone even beyond it, bragging about fasting twice a week (most Jews fasted only once a year). He believed he could come into God’s presence, not because of what God had done for him, but because of what he’d supposedly done for God. And Jesus made it clear that this religious teacher’s prideful, delusional attitude completely sabotaged his prayer life and relationship with the Lord.

The tax collector, a non-religious person, took a very different approach to prayer. Jesus’ audience would automatically have expected this character to be the example not to follow. As Israelites who worked for the hated Roman Empire, tax collectors were considered traitors and cheats who pocketed anything they could get above the actual tax. So imagine the crowd’s shock when Jesus told them to pray like the tax collector.

This man came to the temple seeking nothing but God’s grace. He approached the Lord in transparent humility, praying simply, “God, have mercy on me, a sinner!” He “beat his breast,” a cultural gesture that expressed extreme anguish; this was someone who knew his desperate need for God. Why did this man, who was ashamed of his sin, think he could ask for mercy? Obviously, he believed the Lord was who He said He was: “compassionate and gracious, slow to anger, abounding in love...not treat[ing] us as our sins deserve or repay[ing] us according to our iniquities” (Ps 103:8, 10). When he prayed, “Have mercy on me,” he used the verb form of the term “mercy seat,” which was the place in the temple where sacrifices were offered to God in acknowledgment of the people’s sins.

The tax collector was asking for mercy on the basis of God’s character and His provision for forgiveness. And the Lord answered in such a powerful way that the man was transformed—made righteous. Jesus told His stunned audience, “I tell you that this man, rather than the other, went home justified before God. For everyone who exalts himself will be humbled, and he who humbles himself will be exalted.”

If we come to prayer with pride and condemnation in our hearts, we’ll remain absolutely unchanged. The Pharisee’s confidence was in himself, but the tax collector took an honest look inward. Are we willing to take a brutally candid look at ourselves on a daily basis?

It might not be pleasant, but it can make a world of difference for our relationship with God. We see ourselves as we truly are when we compare ourselves only with Christ, and that drives us to prayer, making us hungrier to be more like Him.

Real prayer is transformative—we humble ourselves before the Lord so He can align us with His Spirit and enable us to receive what He’s providing to reshape us. If we come to prayer with pride and condemnation in our hearts, we’ll remain absolutely unchanged. But if we come honestly and humbly seeking mercy, we’ll become unburdened and free to enjoy the Holy Spirit’s gracious presence in our lives. Which posture of prayer will you choose?

All Scripture is from the NIV Bible.

A Forgiving Heart
Dr. Michael Youssef
Have you ever asked, "Why, God?"
Emily Manke
Follow Us
Grow Daily with Unlimited Content
Uninterrupted Ad-Free Experience
Watch a Christian or Family Movie Every Month for Free
Early and Exclusive Access to Christian Resources
Feel the Heart of Worship with Weekly Worship Radio
Become a Member
No Thanks