The Positive Power of "No" - A Family Devotional 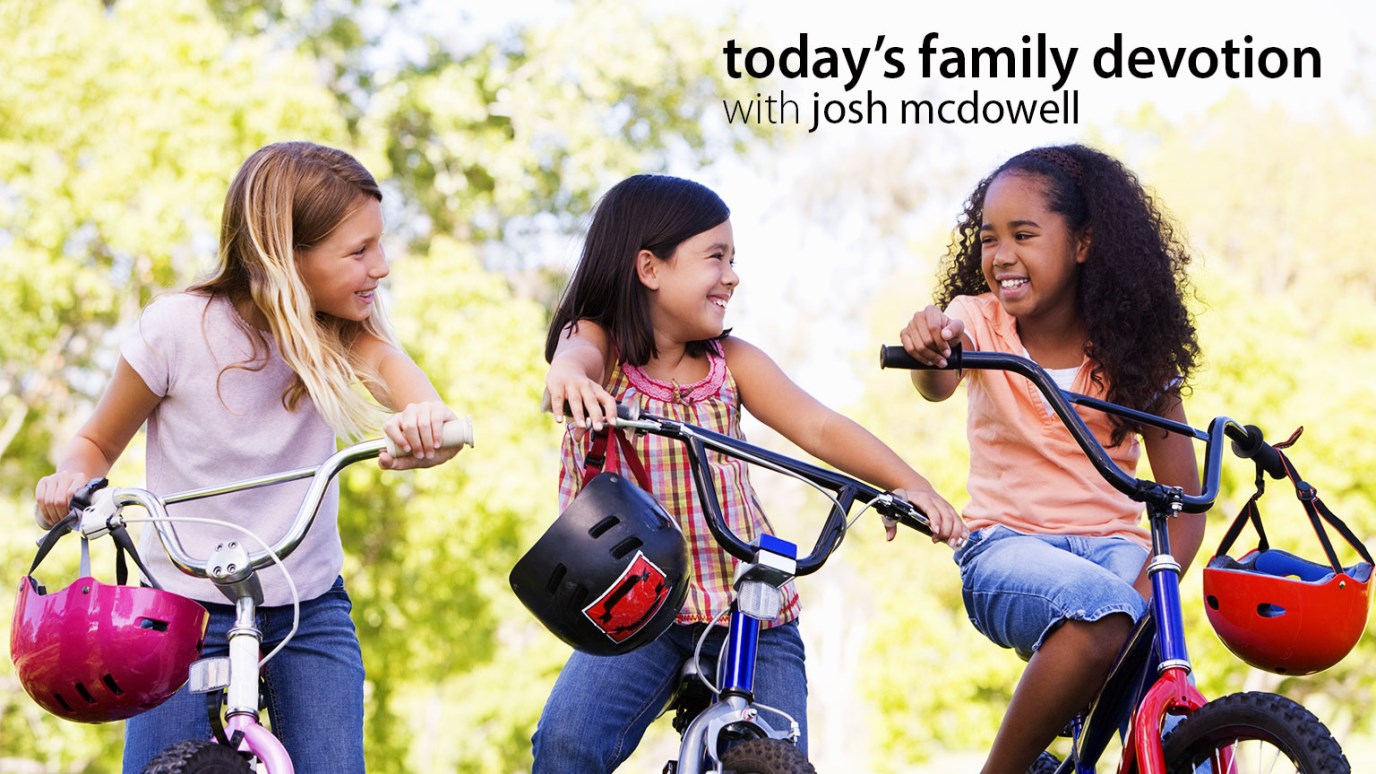 Ask the Lord for courage to say no when you are tempted to sin.

The Things I Say No to Make My Life Better Not Worse!

Verse of the Day: “And when we obey him, every path he guides us on is fragrant with his lovingkindness and his truth” (Psalm 25:10, TLB).

Anna shook her head. “Let’s not,” she said. “It wouldn’t be right. It’s just like stealing.”

Tia threw up her hands in a gesture of frustration. “There you go again with that Christian ‘I’m too good to do that’ stuff!”

“It’s not that,” Anna protested, but Tia interrupted her.

“Every time I come up with an idea of what we could do, you always say no. It’s like that’s all being a Christian is—a bunch of rules saying, ‘don’t do this’ and ‘you can’t do that.’”

Heather finally entered the conversation. “It does seem that way, Anna.”

“But it’s not like that at all,” Anna said. She looked at the cars rushing past them as they talked. “That’s like saying . . . well . . . like saying that getting your driver’s license is all about not being able to do anything!”

“Yeah,” Anna said, suddenly enthusiastic. “That’s exactly what it’s like. We can’t wait to get our driver’s license someday, right? That’ll be so cool, right? We’ll be able to go places, right?” Her friends nodded in unison. “But what about all the do’s and don’ts you gotta learn before then, huh? You gotta learn how fast you can go and what all the signs and signals mean. Isn’t that all a bunch of rules saying, ‘don’t do this’ and ‘you can’t do that’?”

Heather shrugged. “Those are just things we learn to get a license.”

“But you’re willing to obey those rules,” Anna said, “because you figure it’s worth it, right? Because you’ll be a lot freer once you have your license, right?”

“It’s the same way with doing the right thing,” Anna said. “All the things I say no to have made my life better, not worse! They’re all worth it, because I have a lot more fun when I’m not scared or in trouble or whatever.”

“All right, all right,” Tia said. “We won’t sneak into the movies.” She smirked. “Let’s rob a liquor store.”

TO DISCUSS: How can saying no be a positive thing? How does saying no to wrong make your life better?

TO PRAY: “God, give us courage to say no when we’re tempted to sin.”

All Good Things, But...
FullFill

A Lesson in Truth - A Family Devotional
Josh McDowell