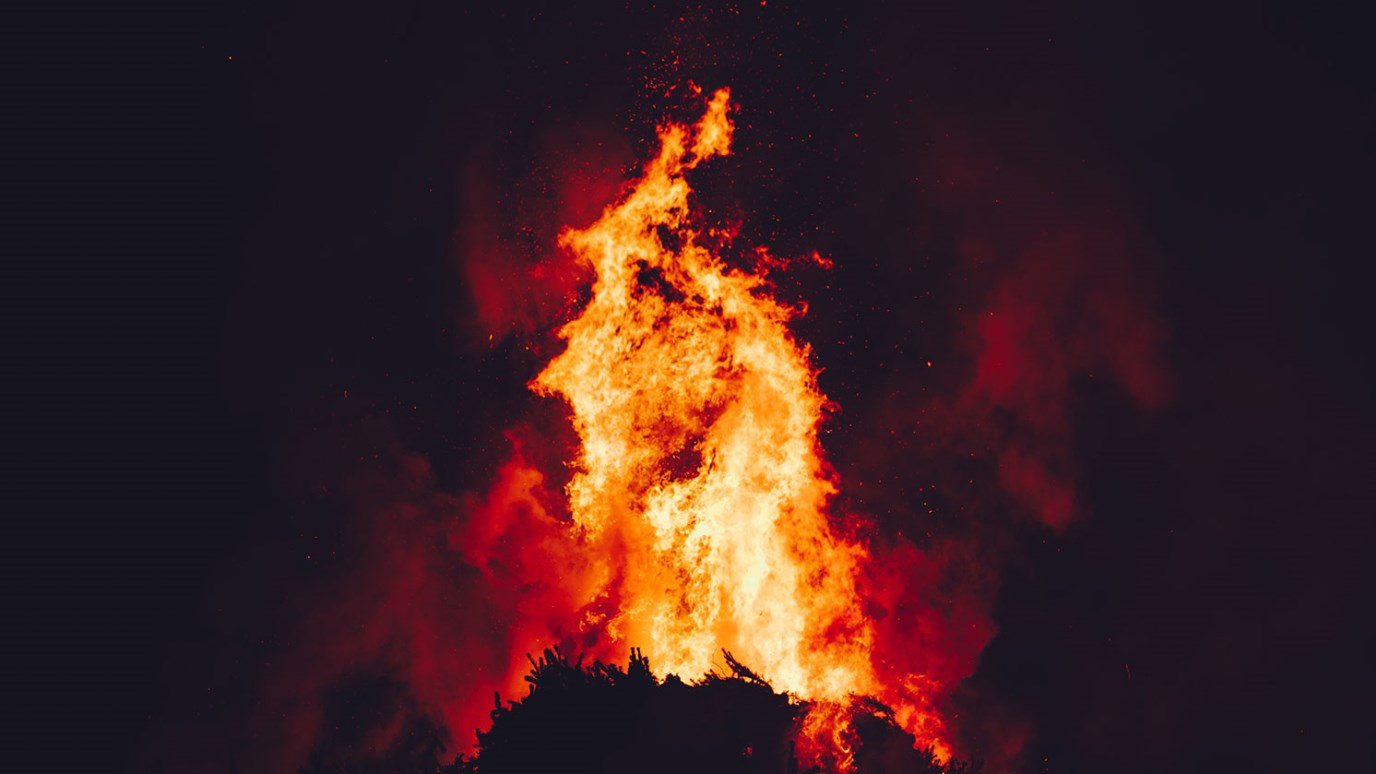 It’s easy for us to condemn Aaron Burr; after all, he killed Alexander Hamilton. But it's harder for us to recognize that Burr's jealousy, anger, and hate can reside in our own hearts -- anger that Jesus says can explode into murder.

Aaron Burr raised a pistol, aimed for his victim’s core, and fired. Thirty-one hours later, his 49-year-old opponent who had purposely shot high, was dead, leaving behind a young widow with seven children. Burr fled to Europe but after eight years, returned to New York City.

His Aunt Rhonda, the sister of Jonathan Edwards, was a devout believer. When she finally spoke with Aaron Burr, she wasn’t intimidated by the fact that he had been Vice President, and had almost beaten Jefferson for the Presidency. She was concerned about his soul and warned him, “You have committed a great many sins against God and you killed that great and good man, Colonel Hamilton. I beseech you to repent and fly to the blood and righteousness of the Redeemer for pardon.”

How could Aaron Burr’s aunt be so sure that the true God in Heaven would forgive the man who had killed Alexander Hamilton?

Here’s the close to the apostle Peter’s Pentecost message. Read carefully and see how the disciple, the one who denied Jesus during His trial, responded to the crowd that had murdered Jesus when they asked, “What shall we do?”

“Now when they heard that they had crucified the One God had declared as the Lord and the Messiah, they were pierced in the heart and said to Peter and the rest of the Apostles, ‘Brothers, what shall we do?’ And Peter said to them, ‘Repent and be baptized, each one of you, in the name of Jesus the Messiah for the forgiveness of your sins and you will receive the gift of the Holy Spirit. For the promise is for you and for your children and for all who are far -- for all whom the Lord our God will call.’

With many other words Peter warned and pleaded with them saying, ‘Be saved from this crooked generation.’ Therefore they received his message and were baptized. That day about three thousand souls were added to the number of those who believed in Jesus, the Messiah and Savior.”  Acts 2:37-41

Burr responded to his aunt’s call for him to repent and to depend on Jesus’ blood and righteousness with a light-hearted shrug. “Oh, aunt, don’t feel too badly. We shall both meet in heaven.”

There is no strong evidence that the historical Burr ever felt sorrow or repentance for taking Hamilton’s life. As far as we know Burr was never pierced in his heart, the “come to Jesus” prick that the apostle Peter said would make an eternal difference.

It’s easy for me to point the finger at Aaron Burr. In the pantheon of our Founding Fathers, he’s the bad guy, the genius but ruthless amoral opportunist whose reputation never recovered from the duel with Hamilton.

It’s harder for me to face that the jealousy, anger, and hate that resided in Burr’s heart against Hamilton resides in my own heart -- anger that Jesus says can explode into murderous violence. I’m again thankful that the Holy Spirit did pierce my heart. He did move me to admit my sin and have that “come to Jesus moment” when I claimed His blood and righteousness.

If you’ve never had that piercing moment, please read Peter’s entire sermon in Acts 2 and ask yourself whether it’s time to repent and believe.

This Side Up: Transplanted
Dale Beaver