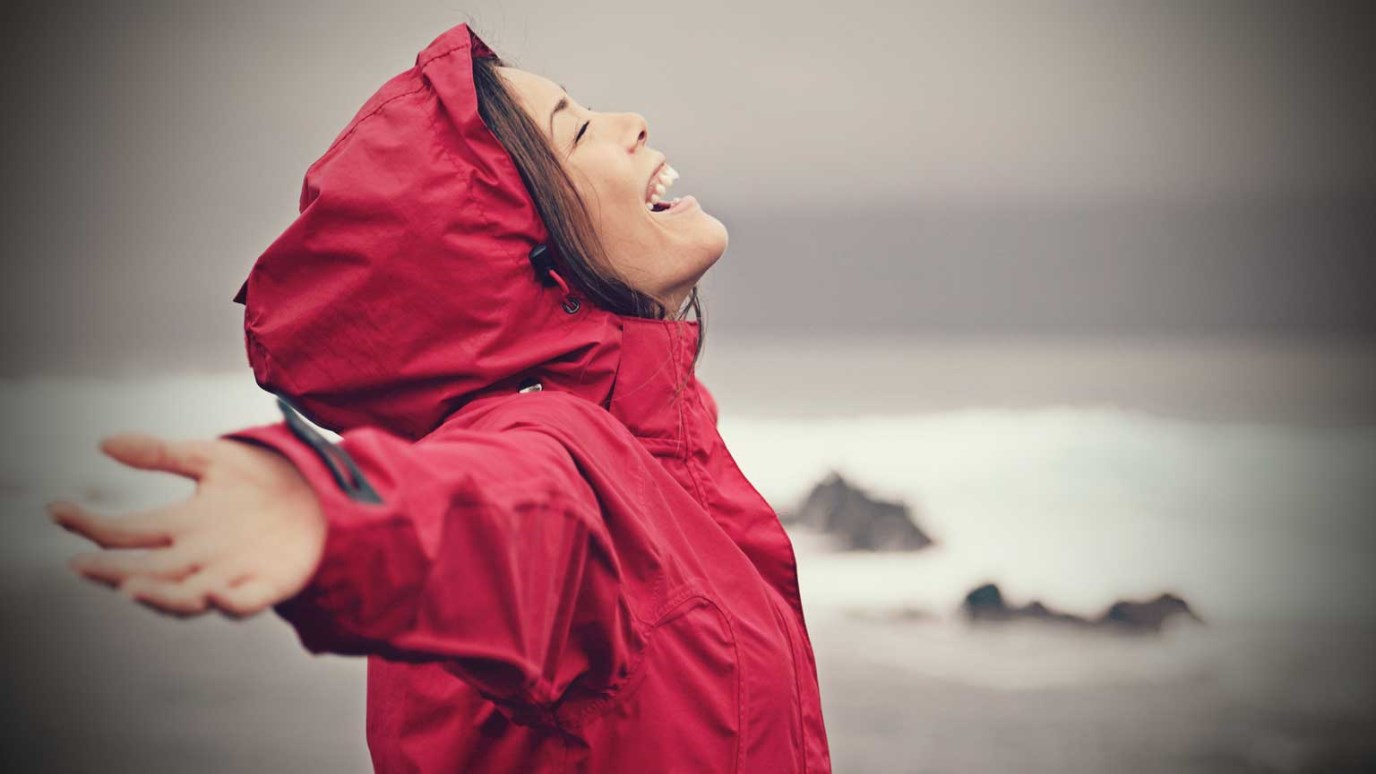 Who do you think Jesus is? Allow His creation—even the storms—to point you to the Savior.

The sky is studded with grey clouds. The weather alarm is warning of probable thunderstorms. I can almost hear the rumble in the distance. There is an incredible stillness – reminiscent of the calm before a storm. I’m reminded of some unusual occurrences in nature many years ago. A couple thousand years ago, in fact. On the other side of the world, a group of people experienced the perfect storm.

It wasn’t an ordinary day. Rumor had it that today was the day Jesus was to be crucified. Curiosity drew many people to Golgotha where He would be put to death along with two other men charged as thieves. Everyone had an opinion. Some believed Jesus to be a prophet, others considered Him just a good man, the religious leaders thought Him to be a fraud, while His followers believed Him to be the promised Messiah. Regardless of anyone’s opinion, it wouldn’t matter after today. He would be dead.

Standing several yards from the crosses, there was much to take in. The sign above Jesus’ head read, “This is Jesus The King of the Jews,” (Matthew 27:37; KJV). To the left, a group of Roman soldiers sat throwing dice, trying to determine who would get Jesus’ clothes. Christ’s followers stood wailing and comforting each other, while the chief priests, scribes and elders strolled in front of the cross mocking and deriding Him. “He trusted in God; let him deliver him now, if he will have him: for he said, I am the Son of God,” (Matthew 27:43).

A voice could be heard above the din. A voice that commanded attention. Jesus’ voice speaking unthinkable words, “Father, forgive them; for they know not what they do,” (Luke 23:34). I can imagine the looks of incredulity that passed among the crowds that day. The gasps of amazement at these words of pardon spoken by One who had done nothing worthy of death.

As the minutes ticked by, clouds began to gather. People glanced up at the sky, wondering at the darkness that seemed almost palpable. This wasn’t normal. Something was wrong. As the darkness descended, and remained, Jesus cried out in agony, “My God, my God, why hast thou forsaken me?” (Mark 15:34). What was going on?

Unbelievably, His voice rang out again with the proclamation, “It is finished,” (John 19:30), followed by a simple prayer, “Father, into thy hands I commend my spirit,” (Luke 23:46). As the onlookers tried to make sense of His words, it was apparent that Jesus had died. But wait, what was happening? The ground was shaking so violently those in the crowd could barely stand. Rocks that moments before had been part of the landscape, now came careening down the hillside. Graves that had long since been sealed were opened, and believers walked out and appeared to many (Matthew 27:51-53).

Never before had anything remotely close to this occurred. A Roman centurion and group of soldiers standing by Jesus cross, witnessing the earthquake and everything that happened, came to a conclusion, “Truly this was the Son of God,” (Matthew 27:54). The very God who created all things, used His creation in the perfect storm to point to Himself as the perfect Savior!

Who do you think Jesus is? Allow His creation, and even the storms, to point you to the Savior. And confidently proclaim with Peter, “Thou art the Christ, the Son of the living God,” (Matthew 16:16)!

Prayer: Heavenly Father, Thank You for dying on the cross for my sins and rising again the third day! You are worthy of all of my praise. Creation does indeed testify to a great Creator. Help me to be aware of Your presence daily. I love You, Lord. In Jesus’ name, Amen.

Do You Believe in Miracles?
Dr. James Merritt

The Eyes of the Hurting
Jeff Schreve

Divine Appointments
Gary L. Selman
Follow Us
Grow Daily with Unlimited Content
Uninterrupted Ad-Free Experience
Watch a Christian or Family Movie Every Month for Free
Early and Exclusive Access to Christian Resources
Feel the Heart of Worship with Weekly Worship Radio
Become a Member
No Thanks