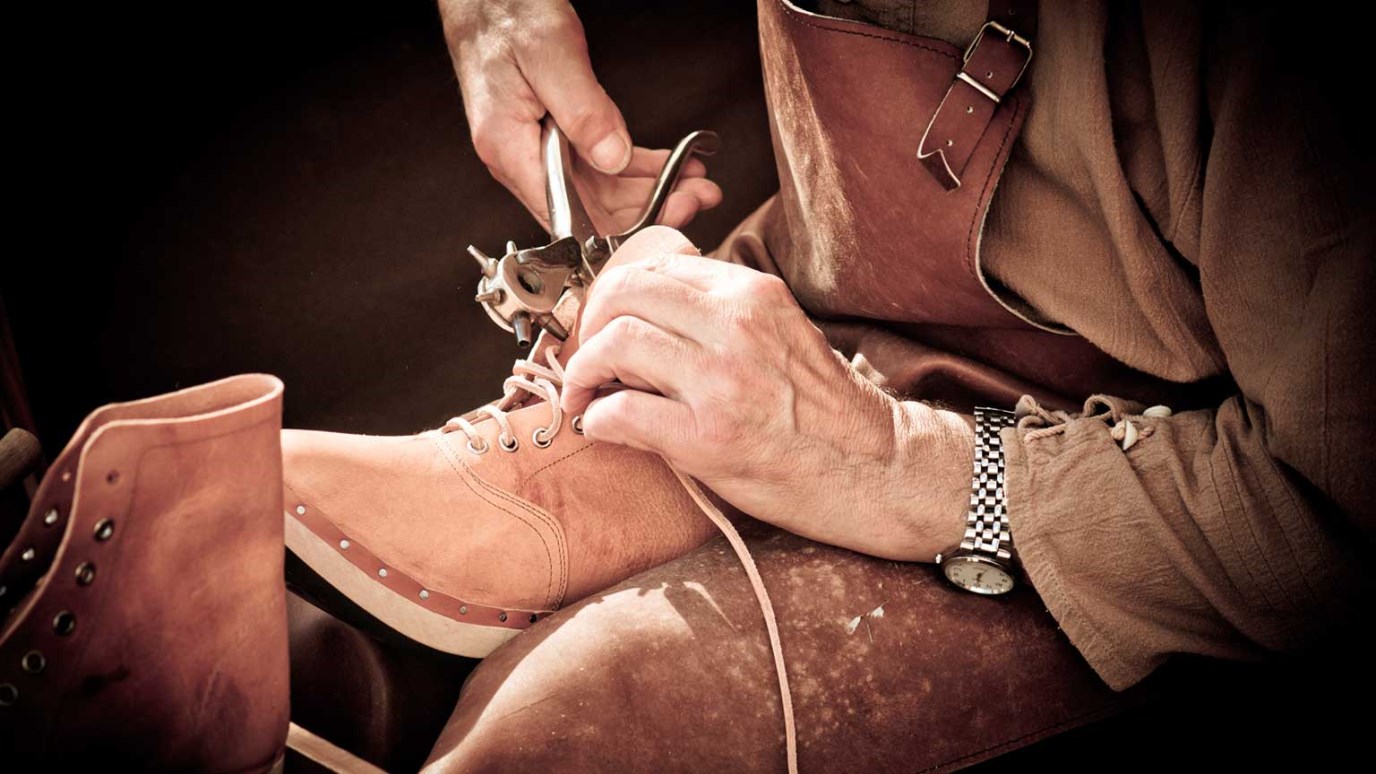 What lesson can we learn from the story of the Old Shoemaker? It's the same lesson we can learn from Matthew 25:40.

There is a story about an aging shoemaker in an old village, somewhere in a distant land. He was lonely as it was his first winter without his wife. She had died in the fall and without any children, his home was now an empty shell.

"I know," he said, "I’ll invite Jesus to have Sunday dinner with me." And so the old shoemaker knelt by the side of his bed and humbly invited the King of kings to share his meal. "I’ll prepare the best I have. I’ll set out fresh bread, wedges of cheese and slices of smoked pork. I’ll make a pot of coffee and some warm milk for cocoa later by the fire. I’ll even get up extra early and bake sugar cookies. We’ll have quite a feast, my Lord and me."

And so, early Sunday morning, the old shoemaker got up and began his preparations. His little house smelled wonderful as the bread was rising and the cookies were baking. He carefully set the table for two as he looked forward to this special day. Even the fierce winds and blowing snow outside his window didn’t dampen his spirit. Jesus was coming for a visit. He wasn’t going to be lonely today.

Everything was just about ready when a knock came to his door. "He’s early," he said to himself. But that didn’t matter. With a big smile on his face, our friend opened the front door. Only, standing at his door wasn’t the Lord, but the baker from the shop down the street.

"I’m sorry to bother you on such a blustery day. I was doing the early morning baking when this awful weather struck. My family is no doubt worried about me. I was just about to brave the snow and head home when I thought I smelled coffee. Could I trouble you for a cup before I set out?"

The old shoemaker only hesitated a moment before handing over a cup and then pouring the rest of the pot into the man’s canteen for the long trip home. As the baker made his way through the swirling snow, our friend thought to himself, "Well, I still have the meal to serve Jesus. I guess we don’t really need coffee, anyway."

And then he heard it. The squeaky back door to his little home told him someone had come inside. "He’s here!" he thought. "Jesus has arrived." But when he went into his kitchen, what he found was a little thief, grabbing anything his thin arms could hold. Upon seeing the shoemaker, the little boy froze. "I thought you might not miss a little rice," he said. "My family has no food." Our friend’s anger quickly gave way to compassion and before he knew it, he was wrapping up the fresh bread, wedges of cheese and smoked pork, and placing his feast in the arms of the child.

"The Lord and I will still have a nice visit with what’s left," he thought to himself. And so he waited. And waited. The time crept by. While sitting in his chair by the window, he thought he heard something.  Crying.  He opened the door, and found sitting on his front step, a little girl, cold and crying. He recognized her immediately from one of the local families.

"Come inside and get warm by the fire," he told her. He helped the little girl with her wet coat and sat her in his own chair in front of the fireplace. Next, he placed in her hand a steaming mug of chocolaty cocoa and the plate of sugar cookies. "We’ve got to get you home.  Your Mother’s probably worried sick about you," he told the child. When he felt her coat was dry enough and her tummy was full enough, he bundled himself and the little girl and brought her home.

Upon returning to his cottage, the shoemaker was saddened to see that his feast was all gone. He now had nothing to serve Jesus when He came. Kneeling next to his bed, our friend wept. Taking his Bible, he began thumbing through the Scriptures. He looked into Matthew and his gaze stopped on verse 40 of chapter 25. And Jesus said,

I assure you, when you did it to one of the least of these My brothers and sisters, you were doing it to Me! Matthew 25:40

Jesus did visit him that day – three times! And every time, the shoemaker gave what he had.

How many times a day does Jesus visit us?

Are You Shining Light?
Hal White
What I Wish I Would've Known Yesterday
Emily Manke
Follow Us
Grow Daily with Unlimited Content
Uninterrupted Ad-Free Experience
Watch a Christian or Family Movie Every Month for Free
Early and Exclusive Access to Christian Resources
Feel the Heart of Worship with Weekly Worship Radio
Become a Member
No Thanks