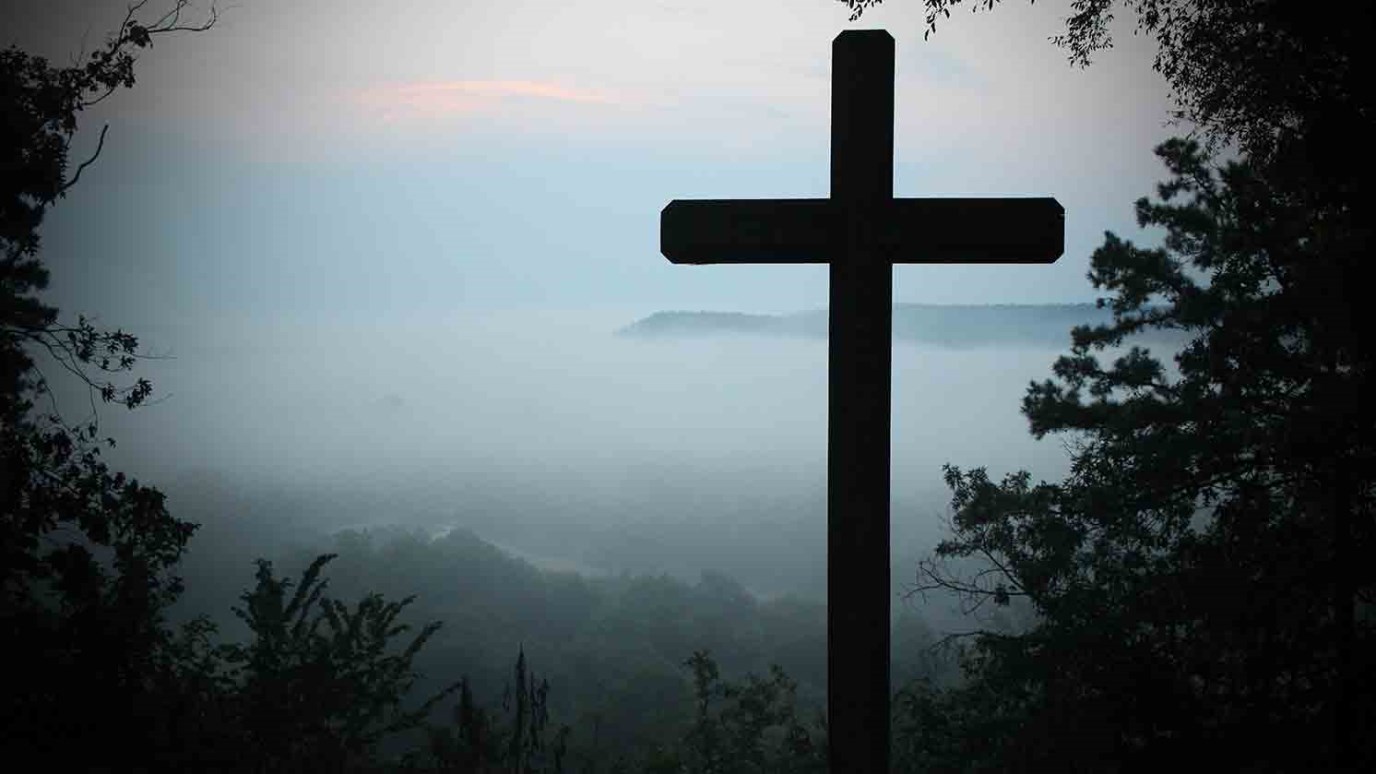 When Jesus brought the gospel, we who before were far off were made near by His blood.

There’s been a lot of talk lately about the Old Testament and the New Testament . . . the “old covenant” and the “new covenant.” This piece from Morning and Evening put it into a context I’d never thought about . . .

“The dispensation of the old covenant was that of distance. When God appeared to His servant Moses, He said, “Draw not near: take off your shoes”; and when He manifested Himself on Mount Sinai, to His own chosen and separated people, one of His first commands was, “Thou shalt set bounds upon the mount.” Both in the sacred worship of the tabernacle and the temple, the thought of distance was always prominent. The mass of the people did not even enter the outer court. Into the inner court none but the priests might dare intrude; while into the innermost place, the “holy of holies,” the high priest entered but once a year. It was as if the Lord, in those early ages, would teach man that sin was so utterly loathsome to Him, that He must treat men as lepers put outside the camp; and when He came nearest to them, He made them feel the width of separation between a holy God and an impure sinner.

When Jesus brought the gospel, we were placed on quite another footing. The word “Go” was exchanged for “Come;” distance was made to give place to nearness, and we who before were far off, were made near by the blood of Jesus Christ. “Come unto me, all ye who are weary and heavy laden and I will give you rest’ is the joyful proclamation of God as He appears in human flesh. No longer does He teach the leper of his leprosy by setting him at a distance, but by Himself (Jesus) suffering the penalty of his defilement. What a state of safety and privilege is this nearness to God through Jesus!”

Isn’t it awesome that our Creator God wants us to be near Him? So much so that He would move His tabernacle to be with us, not some place we have to drive to? (Revelation 21:3) He never leaves us; He is always there. It’s up to us to remind ourselves and take advantage of that . . . to slow down long enough to realize we are not alone, that we have help . . . a God Who will go before us and fight our battles for us if we’ll just turn them over to Him instead of fighting them ourselves.

The other “biggie” from Spurgeon’s words: “No longer does He teach the leper of his leprosy by setting him at a distance.” I always felt the Old Testament was about “guilting” us into good behavior. “Spurning” the sinner to motivate Him to change so he would come back in the fold. The gospel of Christ says, “Come as you are . . . I forgive you. I love you unconditionally. I’ll take you just as you are; sin, leprosy, whatever. But when you come near and stay near, I love you too much to leave you the way you came. I’ll heal you and change your heart and you’ll become more like Me.”

Scripture: “Come near to God and he will come near to you. Wash your hands, you sinners, and purify your hearts, you double-minded.” (James 4:8)

Mentor Tip: When you discuss Scripture with your mentees, don’t try to be a theologian. Tell them what God is saying to you through the verse but don’t insist that yours is the only interpretation. Model, don’t teach, so they’ll learn to discern God’s Word for themselves.

The Strange Inauguration of the King of the World
J.D. Greear

Others: Fulfilling the Call of God
Joyce Meyer

When Is Advice Taken As Criticism?
Regi Campbell