The Nitty-Gritty Savior - A Family Devotional 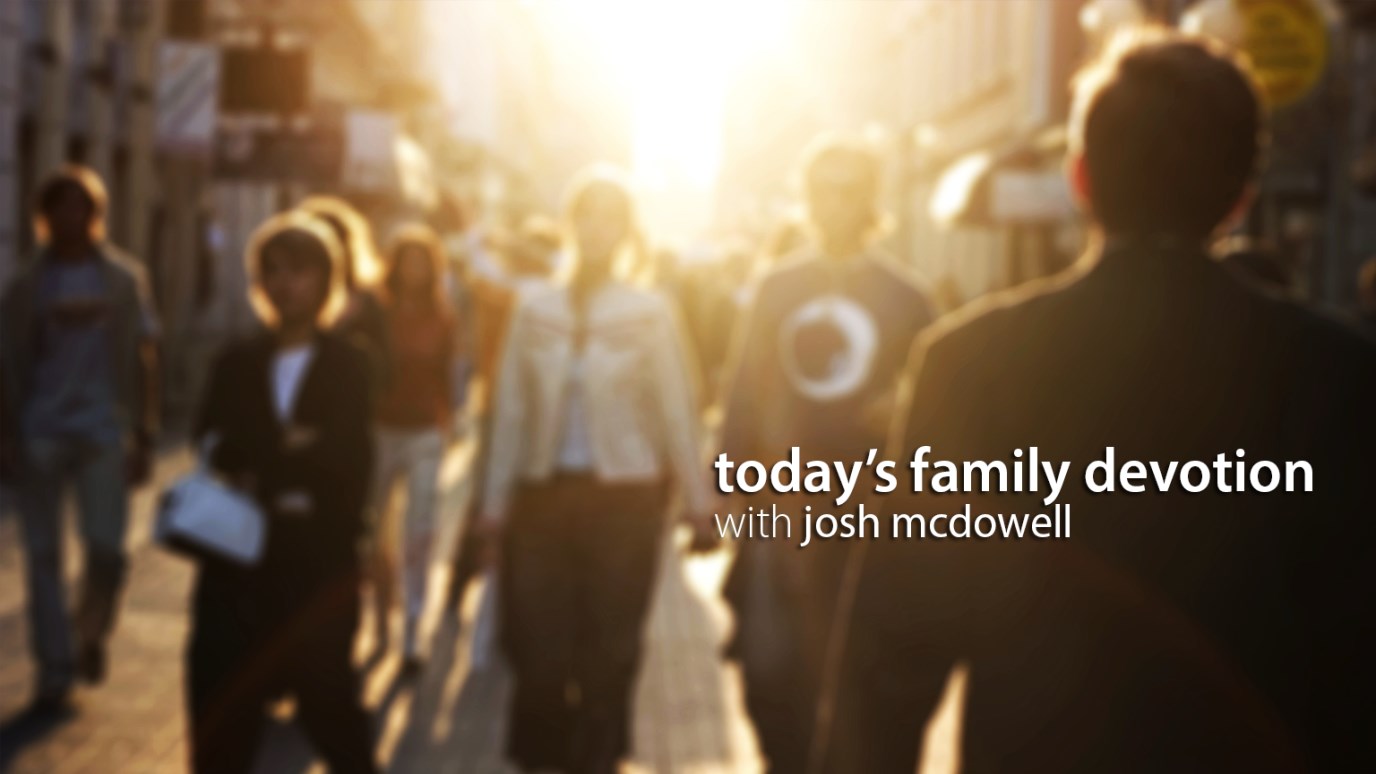 Jesus is our real-world Savior. Because Jesus lived a nitty-gritty life, he understands the nitty-grittiness of our life.

A prophet is honored everywhere except in his own hometown and among his relatives and his own family (Mark 6:4).

“Listen,” Dan said as he shook a wrench in Aaron’s face, “you can’t tell me that some guy who lived two thousand years ago and spent his time walking around in a white robe telling stories actually matters to me today.” He swept his arm around him, waving toward the garage and the cars up on blocks.

“I don’t have time to hear about Jesus,” he continued. “I mean, Jesus is okay for women and kids who like the stories and might even get something out of them. But for me? I don’t think so. Jesus has nothing to do with a guy who has a garage full of wrecked cars to fix.”

Dan echoes the way some people think about Jesus—especially guys who think they’re tough. They think Jesus is like a plastic statue on a car dashboard—smiling, dressed in a robe, a shiny halo hanging above his bobbing head. “Jesus doesn't work for people like me,” they say. They think Jesus has as much to do with real life as that statue on a dashboard.

Here’s the real Jesus: He was a working guy. We can picture him in a shop that opens onto a dusty street in Israel, with a sign over the door that reads, “Jesus, son of Joseph, Carpenter.” Imagine him bending over a cedar plank clamped to the bench in front of him. He wears a leather apron. Sweat drips off his face. He wields a knife, then a mallet. The shop is filled with the rough-sawed fragrance of cedar and cypress from the shavings that cover the floor.

Jesus of Nazareth worked as a carpenter for eighteen years or more, growing muscles in his arms and tough skin on his hands. He managed the stresses of business. He knew the pressures of family. When Joseph died, Jesus’ younger brothers and sisters became his responsibility. He undoubtedly knew how hard it was to buy clothes for kids and try to barter a fair price out of the merchants at the marketplace.

The world Jesus lived in—like ours—was smelly and dirty. And when his life ended, he suffered a filthy, sweaty, bloody death. But because Jesus lived a nitty-gritty life, he understands the nitty-gritty of our life. He knows about our struggles with life, because he had to deal with them too.

Jesus is our real-world Savior. He was no plastic saint.

TALK: What in your world might some people think Jesus couldn't understand? How do you know he can relate to you firsthand?

PRAY: Jesus, thank you for being tough enough to understand the hardest things in our life.

ACT: Explain to a friend how you can be sure Jesus wasn't a wimp.

Three Principles to Promote Eternity-Focused Kids
Dr. Randy Carlson
Follow Us
Grow Daily with Unlimited Content
Uninterrupted Ad-Free Experience
Watch a Christian or Family Movie Every Month for Free
Early and Exclusive Access to Christian Resources
Feel the Heart of Worship with Weekly Worship Radio
Become a Member
No Thanks