The Most Important Job in the World 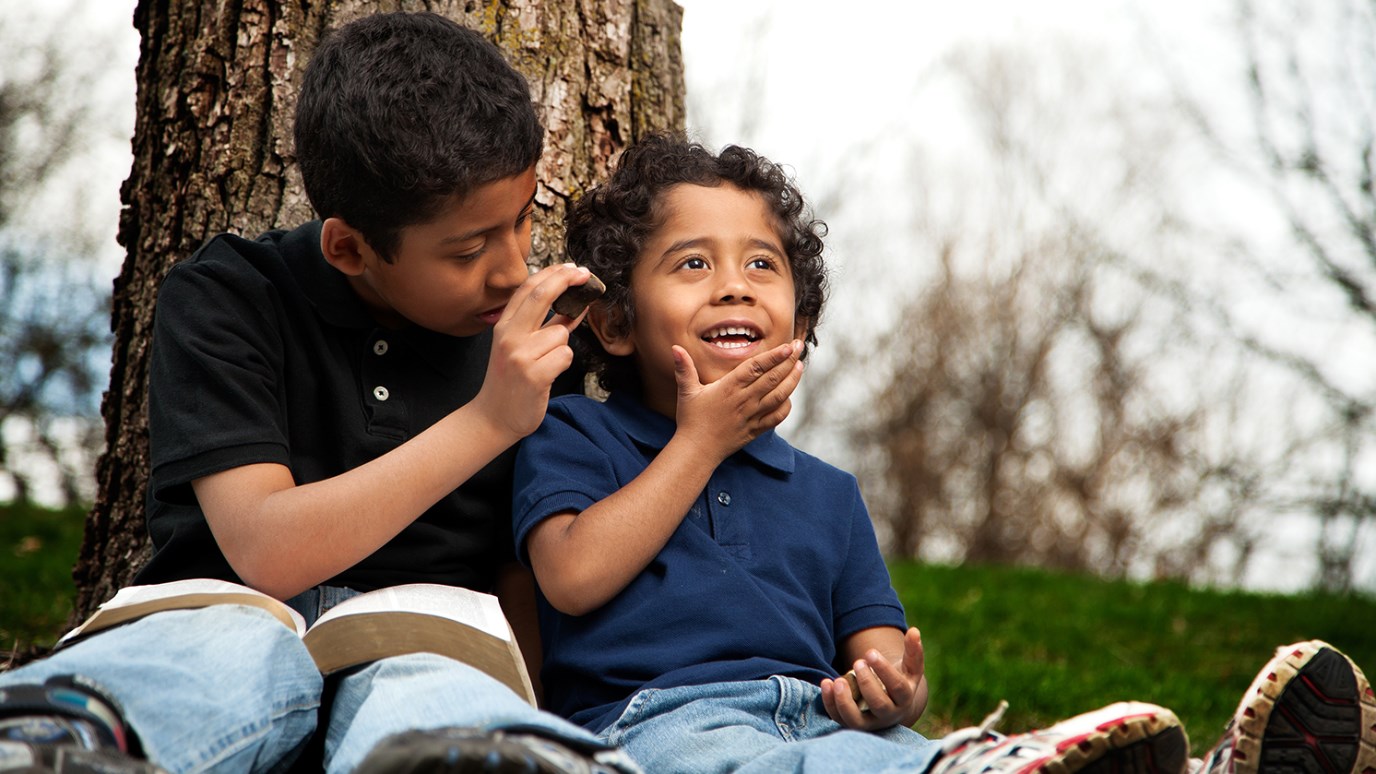 Don't parent negatively, but positively. Train your kids and admonish them, but always with the end goal being that they might know the Lord.

I want to talk to you today about the world's most important job. I think of all the tasks we could ever be assigned, all the occupations we could ever be engaged in, especially within marriage, the most important is that of being a parent. But it's also one of the toughest. By the time you're experienced, you're out of a job. Just when you're getting the hang of it, your kids leave the house!

Now, you might have already raised your children and are onto the grandparent stage (the best stage, in my opinion). Or you might be just beginning. Wherever you're at, the whole point of being a parent isn't to disengage and check out, but rather to let your kids check you out -- what you say, what you do -- as you shape and mold them for the future. But how do you do that?

Let's look at Ephesians 6:4: "And you, fathers, do not provoke your children to wrath, but bring them up in the training and admonition of the Lord." Out of this commandment comes three general principles for parenting: parenting can be done negatively, parenting can be done positively, and parenting should be done ultimately.

First, parenting can be done negatively: "Fathers, do not provoke your children to wrath." Stop there. Why did Paul direct this toward fathers only? I think the most likely reason is because fathers bear the brunt of responsibility in the home. They're responsible for setting the pace and the tone, even of childrearing, in the home.

Unfortunately, that childrearing can be done negatively, as implied in the verse. Provoking your kids to wrath means doing any number of things that build up resentment and frustration--like being hypocritical, being inconsistent in discipline, discouraging through undue criticism, showing favoritism, overcommitting to jobs and hobbies, being domineering and controlling, minimizing what your kids feel or say, and overloading them with expectations.

Now, there are lots of creative ways to train, or teach, your kids in the things of the Lord (my son, Nate, and I used to dress up and act out Bible stories), but admonition is a bit different. It carries the idea of correcting, rebuking, or warning -- of discipline, essentially, both corrective and preventative. I don't have enough room to expound on that topic, so I'll just leave you with the words of Proverbs 23:13-14: "Don't fail to discipline your children. The rod of punishment won't kill them. Physical discipline may well save them from death" (NLT).

The third principle is that parenting should be done ultimately. What are the last three words of Ephesians 6:4? "Bring them up in the training and admonition of the Lord" (emphasis mine). Your goal shouldn't be to just parent positively, but to do so with the intention of seeing your children become spiritually mature. You are the instrument God wants to use to disciple them and ready them for the future. So lead your children to Christ and teach them to love Christ.

Fathers, as well as mothers: don't provoke your children to wrath. Don't parent negatively, but positively. Train your kids and admonish them, but always with the end goal being that they might know the Lord. And take your cues from your heavenly Father, who is the perfect example of love and discipline and who lavishes on us all the resources we need.

The World Changer at the End of the World
Greg Laurie

You Are God's Flashlight
Gary L. Selman
Follow Us
Grow Daily with Unlimited Content
Uninterrupted Ad-Free Experience
Watch a Christian or Family Movie Every Month for Free
Early and Exclusive Access to Christian Resources
Feel the Heart of Worship with Weekly Worship Radio
Become a Member
No Thanks