The "Moms" Group That Saved My Life 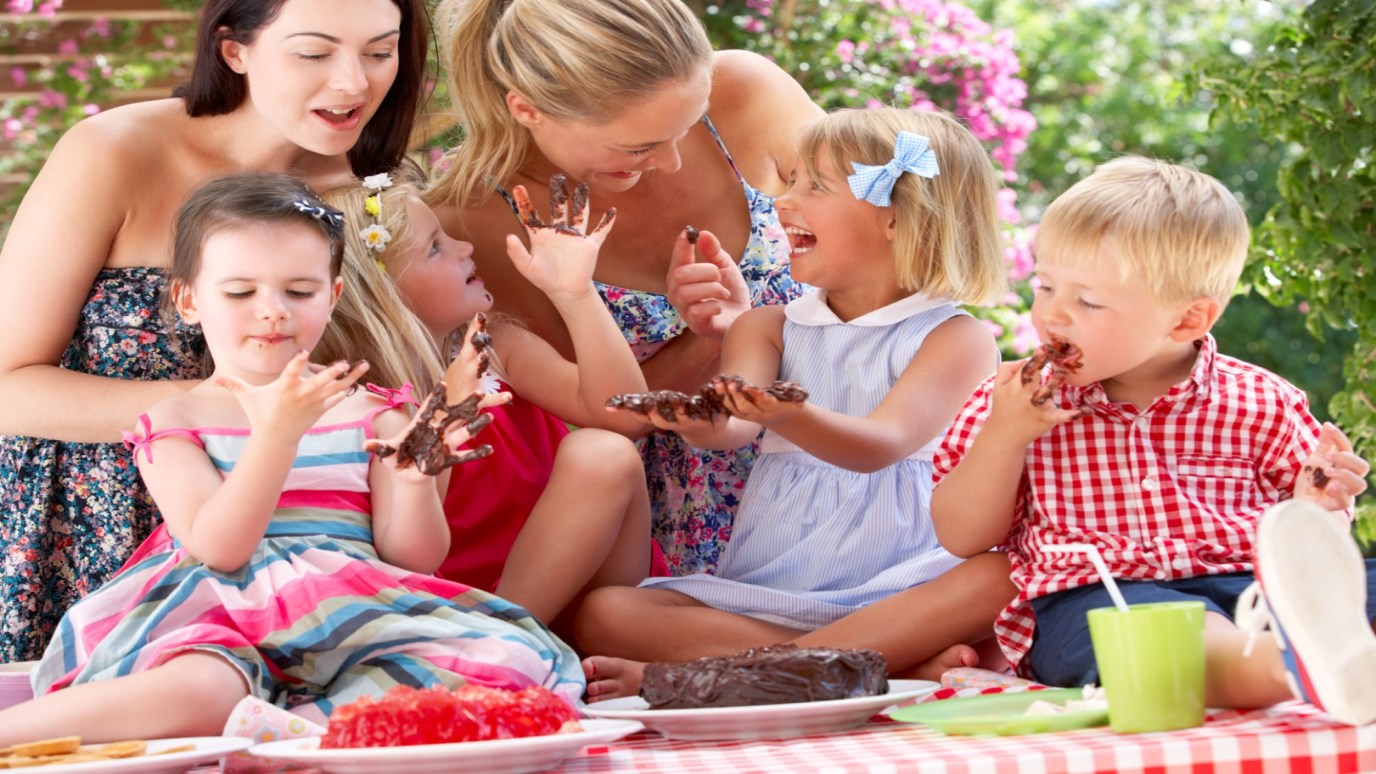 Do you have a community of mothers to offer you mutual support?

A couple of days after we brought Noble home from the hospital, I was nearly overcome by a wave of postpartum depression. One minute I was sitting on the floor folding tiny clothes, and the next minute I felt like a dark cloud of sadness had wrapped itself around me.

For several weeks, I vacillated between joy over the new life in our home and intense sadness. There were many times when I felt so overcome by fear, anxiety, and sorrow that I wanted to hop in my minivan, start driving, and never look back. At night, when I was up alone with the baby, I often had irrational thoughts about hurting myself so the crying would stop and I could rest.

If you’ve ever wrestled with postpartum depression, you know that the combination of hormones exiting your body, sleep deprivation, and adjustment to the major life change of having a baby can do a number on your mind. Having never faced depression before, I was totally knocked off guard by the level of emotions I was feeling. It was very difficult for me to decipher what was real and what was simply an aftershock of all that my body had just endured.

I had no idea how to talk about what I was facing. I couldn’t tell my husband that I was fantasizing about hopping in the minivan and leaving him with two children. I tried to tell my doctor, but when she pressed me about my feelings toward myself and my family, I couldn’t bear to tell her how scary and sad and dark my world had become. I wouldn’t dare reach out to my pastor or church leadership. I assumed that as a Christian woman, I should simply be trusting God more or reading my Bible more often. I assumed (wrongly) that if I opened up to someone at church, they would see my sudden struggle with depression as an indicator of gaping holes in my faith.

I had been attending a MOPS (Mothers of Preschoolers) group since my first baby became a toddler. I had enjoyed the fellowship, stimulation, and adult conversation that came with regularly meeting with other Christian moms. Until Noble was born, MOPS was just a fun excuse to brush my teeth and get out of the house, but in the wake of postpartum depression, those moms became my lifeline.

During one MOPS meeting when my baby blues were still in high gear, we were sharing prayer requests with the other women at the table. Moms shared things like the upcoming surgery of a distant relative or the needs of missionaries in foreign lands—things that felt safe to share with any group. Just as everyone bowed to pray, the levy broke in my heart. I simply said, “I don’t love my husband anymore.”

That wasn’t true, of course. I loved my husband then, and I love my husband now. But postpartum depression combined with sleep deprivation can be a real mind bender, and I was having trouble seeing beyond the hurricane of emotions swirling inside of me. How did those moms respond to my alarming confession? They circled the wagons. They literally gathered around me and cried over me. They shared their own very personal stories about adjusting to life after a new baby. They were honest about their own feelings toward their husbands and children, even when they weren’t picture perfect.

It was at that very moment, when my honesty led to their transparency, that I started to see the light at the end of the tunnel. And then...they brought casseroles. For three weeks, one of them brought us food every night. They didn’t just drop off the lasagna and race out the door for fear that I might tear up (which I usually did). They sat in my living room. They held the baby. They asked how I was doing and listened to my response. They prayed with me. They prayed for me. They called. They texted. They emailed. They made sure I was putting one foot in front of the other. And in doing so, they breathed life into me at a time when I desperately needed it. When it was clear to them that the worst had passed and that I was going to be okay, they backed off, making sure I knew I could call them any time if the dark clouds rolled back in.

Last week, I had dinner with a mom whose son is in his late twenties. She suffered from postpartum depression after his birth, too. As I shared my story and told of how the moms at my MOPS table intervened in my life, giant tears rolled down her cheeks.

She simply said, “Having someone to tell would have made such a difference.” That momma has been carrying the weight of her mothering trial for two decades now. What she needed most right after her baby was born is the same thing she needs now...other mothers.

We need each other, moms! Instead of constantly comparing who breastfed longest or who has her kids in the most activities, we’d be better off if we adopted the mindset that we are all in this together, and if we did everything in our power to reclaim motherhood as a sacred role.

That’s part of why I wrote the book, Beyond Bath Time. It’s my desire to create a cultural shift in churches, preschools, and playgrounds everywhere where moms link arms and work together toward following God’s roadmap for parenthood.

The Ripple Effect of One Grumpy Woman
Erin Davis

The Day I Lost My Smile
Lysa TerKeurst