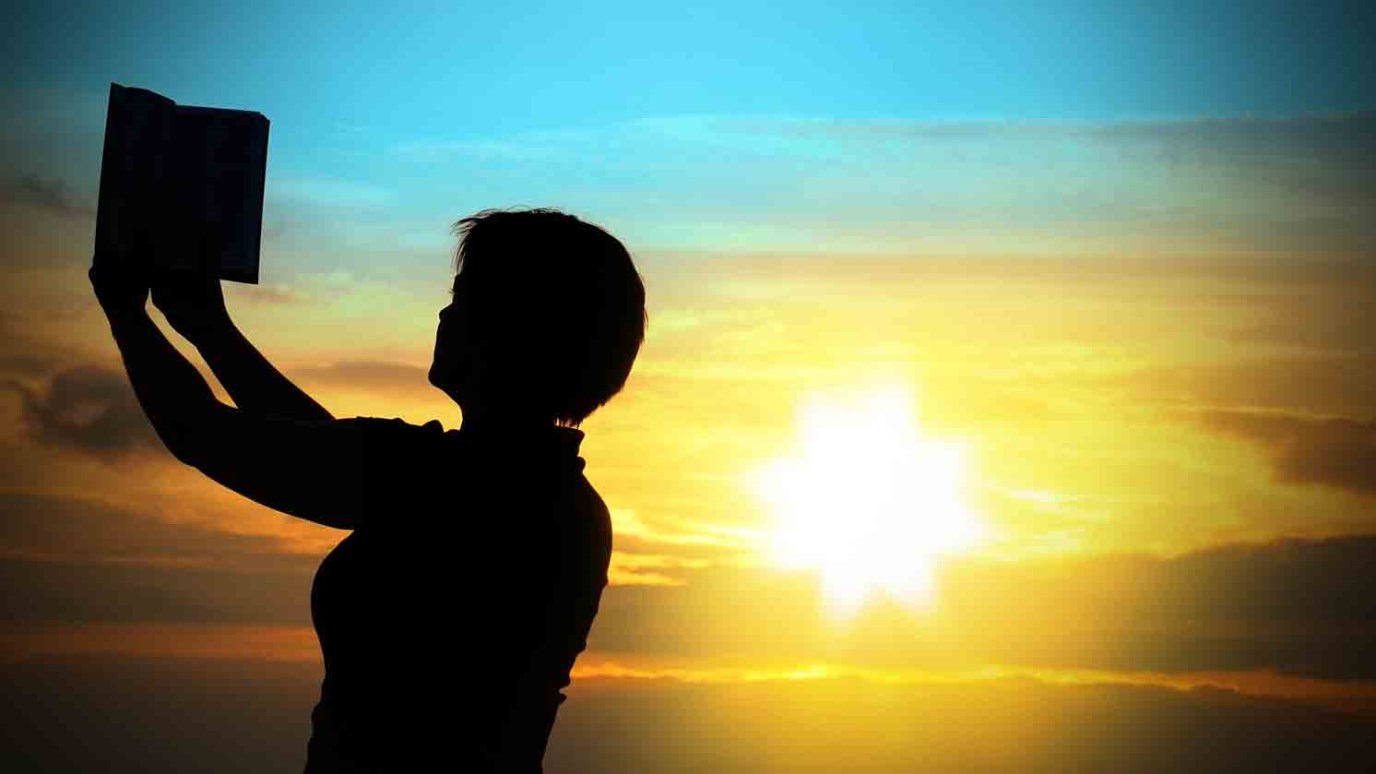 When you say, "I'm going to be like Jesus Christ, and that means I can be happy in Him," then God gives you the privilege of catching up with joy.

Let's see some of the things that the Father says about the world. 1 John 2:16 reads, "For all that is in the world (Philadelphia, Los Angeles, New York), the lust of the flesh, the lust of the eyes, and the pride of life, is not of the Father, but is of the world." And if you want to know the course of this world, Ephesians 2:2-3 says you were "children of disobedience, children of wrath." We had our life in the course of this world. And in Romans 12:2, "Be not conformed to this world." Don't be shaped by Kansas City or Anytown, U.S.A. Then Galatians 1:4 says that Jesus died and shed His blood that He might deliver us from Philadelphia, Pennsylvania. It says "this present evil world" and "this present evil world" is any place where you happen to be living.

Now, I want you to note three very important words in verse 14, "Even as I." Oh, isn't that wonderful! He says-and I want you to note this-"The world hates them because they are not of the world, even as I am not of the world." Of course He wasn't of the world. "The first man is of the earth, earthy: the second man is the Lord from heaven" (1 Corinthian 15:47). In Hebrews 7:26 it says He was "separate from sinners." And in John 8:23 He said, "Ye are from beneath; I am from above: ye are of this world; I am not of this world."

"Now then," the Lord says, "the fact that I've put you in this world is going to make the world hate you, because I have given you My words and My Word and I'm making of you a people of joy, and your joy is going to accuse the others." For instance, say you are a nurse in the hospital, and you are filled with the joy of Christ in the midst of a bunch of girls who would simply die if they didn't have a date on Saturday night. If you say, "Oh, it's quite all right. The Lord knows my life and He can take care of all of my problems," then they will know your attitude.

"Well, I'm in trusting." This will raise their animosity more than anything else.

"Well, I don't want to be like other people." "You think we're not good enough?"

But when you say, "I'm going to be like Jesus Christ, and that means I can be happy in Him," then God gives you the privilege of catching up with joy. The Constitution of the United States gives to every man the "right of liberty and the pursuit of--the chasing of--"happiness." But it never gives him the right to catch up with it. But in Christ, we have joy. We have already caught up with happiness.

I remember the time in my own life as I developed when I had had just enough of this joy to be miserable in the nightclub, but not quite enough of it to be happy in a prayer meeting. Have you gone through that state yet, when you haven't learned what it is to rejoice in Christ and let Him be the fullness of all things?

Maybe it will help you to know what we are as Christians and why we are not of the world. In 2 Corinthians 5:17 it says, "If any man be in Christ he is a white-washed Adam." Oh no! I beg your pardon. I made a mistake. "If any man be in Christ he is a new creature." In Hebrews 3:1, it says we are "partakers of the heavenly calling." And in Philippians 3:20 it says, "Our [citizenship] is in heaven." In 1 Peter 1:4 it says we have an inheritance that is "incorruptible, and undefiled, and that fadeth not away, reserved in heaven" for us. This is the reason why we are pilgrims and strangers in the world. And this allows us to see why we can be joyful.

Being Exceptional At Work
Chuck Bentley