The Likeness of God-A Family Devotional 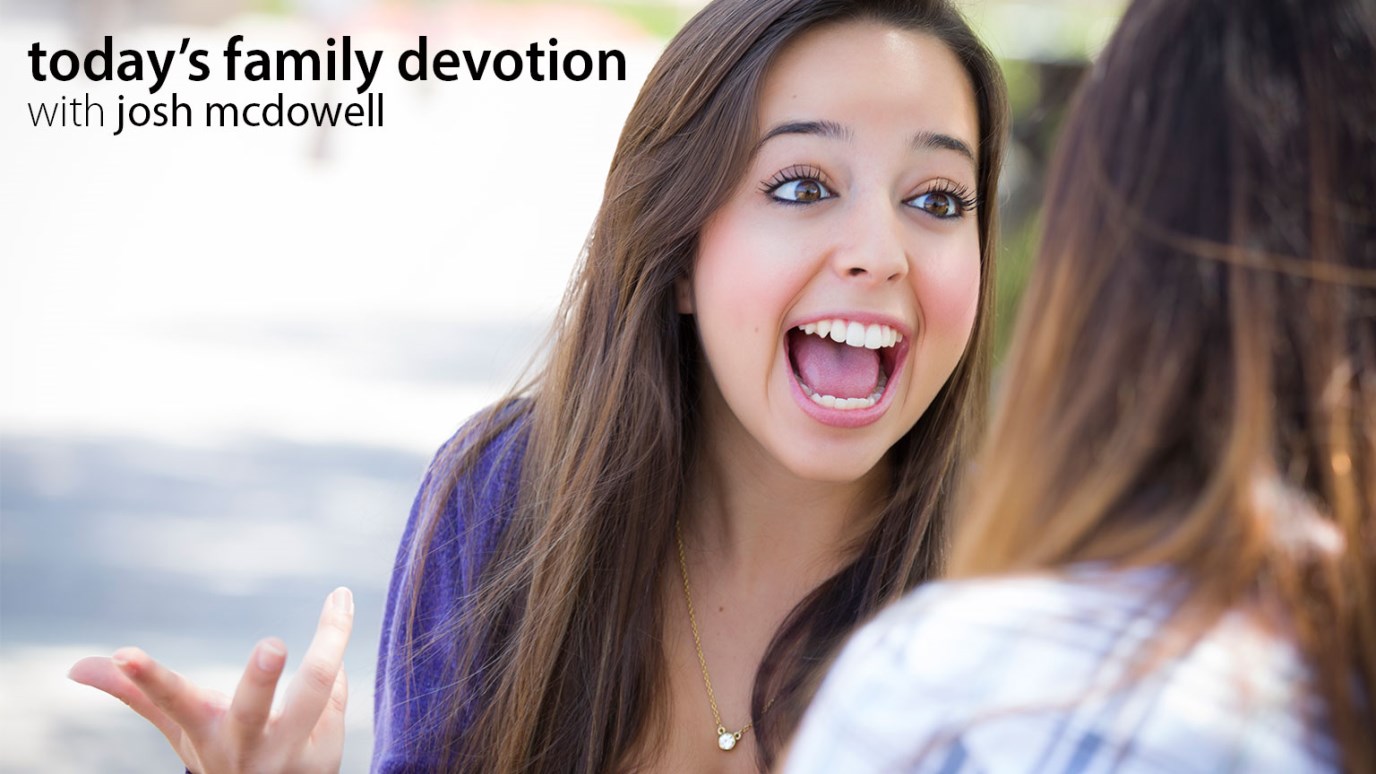 The better we know God, the easier it is to know right from wrong.

Verse of the Day: “As the Spirit of the Lord works within us, we become more and more like him and reflect his glory even more” (2 Corinthians 3:18).

Sandy and Barb compared the pictures they had bought at the amusement park.

“I don’t think mine looks like me at all,” Barb said. She and Sandy had paid $20 apiece for the chalk portraits, and Barb was disappointed with the result.

“Well, yeah,” Barb said, rolling her eyes, “it’s got dark hair, brown eyes, and a big nose, just like I do. But it doesn't look like me.”

“You’re right,” Sandy finally admitted. “But I can’t figure out why not.” “Maybe the eyes are too far apart,” Barb suggested. “Or too close together.”

Suddenly, the two girls looked at each other and burst out laughing. They had both remembered the talk their youth pastor had given to the youth group two nights earlier. “When you’re faced with a tough choice,” he had said, “take a good look at what you’re thinking about doing and evaluate your choice by comparing it to God. If it’s like God, then it’s right. If it’s not like God, it’s just not right.”

The youth pastor had said that last phrase-’If it’s not like God, it’s just not right”—so many times during his talk that the youth group had started saying it with him.

“Wait a minute,” Sandy said, placing a hand on Barb’s arm. “This is sort of what Pastor Jim was talking about.” She pointed at Barb’s portrait. “To someone who doesn't know you, that might look like a pretty good drawing.”

“But I know you, so I know this doesn't really look like you.”

“Right,” Barb said. “And like Pastor Jim was saying, the better we know God and the closer we get to him, the easier it is to really know what’s right or wrong.”

Sandy nodded. “Just like I know that’s just not right,” she said, pointing to Barb’s portrait.

The two friends laughed. “Let’s go get a piece of pizza,” Barb said.

TO DISCUSS: According to Pastor Jim’s talk in the story above, how can we know if something we’re thinking about doing is right or wrong? How can you get better at making right choices?

TO PRAY: “Lord, teach us to reflect your image more and more through our actions and our words.”