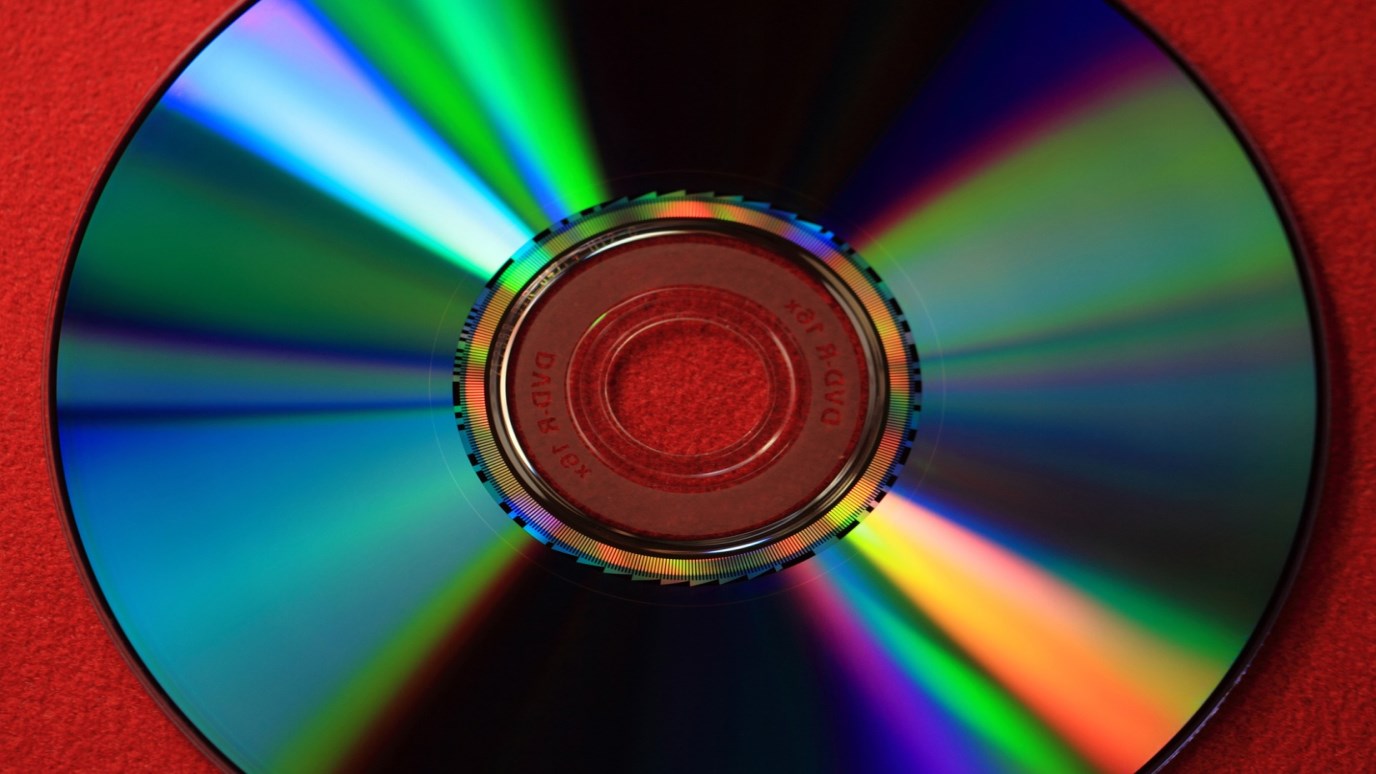 Modern technology! I thought, as I inserted the disk into my computer. Imagine, attending a funeral by DVD.

I’d met Ken Taylor several years earlier at a wedding that connected our families. Though I admired—and really liked—Dr. Taylor, I somehow assumed that watching his memorial after the fact and in the privacy of my den would allow me some emotional distance. I also expected that the rite would follow conventional format. Neither was to be the case, I realized, when the service began…with the “Hallelujah Chorus.”

A man’s funeral says a lot about what mattered most to him—especially when he’s the one who arranged the entire event. Taylor, founder and first president of Tyndale House Publishers, began planning his own service a decade before his death in 2005. He left detailed instructions about verses, speakers, and music to include, and even the hymns’ tempo.

During his 88 years, Taylor accumulated an extensive tally of achievements: an addendum to his autobiography lists 39 book titles, 42 notable positions, and two pages of honors and awards. Yet personal acclaim was anything but his intention for the ceremony. (He was, in his pastor’s words, “a gentle, retiring, modest man who cared little about fame or reputation.”) Dr. Wendell Hawley, the service’s opening speaker, explained what was foremost in the planning:

“Ken...dealt strongly with me that the gospel be presented clearly, and that time be given for reflection upon the gospel’s imperative—and an encouragement, to all that are present who as yet have not been born from above, to turn from unbelief to obedience to the Word of God.”

Taylor’s eulogizers honored the request but did, of course, mention his impressive credentials and most celebrated accomplishment: The Living Bible. The project was born out of frustration with the complicated language of the King James Version. In the mid-50s, to help his ten children—and even himself—understand Scripture during their nightly devotions, he began paraphrasing verses on his train commute to Chicago.

Rewording the epistles took seven years, but when Taylor sent out manuscripts of what he called Living Letters, no publisher would take a risk on his paraphrase translation. Convinced of its value in making God’s Word easier to understand, he considered self-publishing but lacked the means.

Then a friend from the printing business stepped in, offering to produce 2,000 copies and receive payment gradually, as they sold. When the galley proofs finally arrived, Taylor pictured the copies they represented as loaves to nourish God’s people. Using Mark 8 and a math equation, he figured that if five loaves fed 5,000 people, then these 2,000 “loaves” would feed two million. “This was of course utterly impossible,” he wrote. “Nevertheless, I bowed my head and prayed earnestly that some day two million copies of Living Letters would be in print!” That first run launched Tyndale House as a kitchen-table enterprise, but response remained cool until the book came to the attention of an enthusiastic Billy Graham. When the evangelist offered copies on his TV Crusades, hundreds of thousands were distributed. As a result, Ken’s “utterly impossible” prayer was answered, with two million copies sold before Tyndale stopped printing Living Letters as a stand-alone volume.

The entire Living Bible took an additional nine years to complete. Released in 1971, it was the best selling book in America for three years; sales eventually topped 40 million copies, and its successor, the New Living Translation, has sold millions more.

Besides describing such tangible accomplishments, speaker after speaker at the funeral service told of Taylor’s more profound success—the kind measured in character, priorities, and a legacy left not only to family and coworkers but to Christians and would-be Christians worldwide. His humility, for example, was mentioned repeatedly, as in the story about a woman who wanted to know what he did for a living. Ken answered simply, “I’m associated with the publishing business.” Asked what he thought made his father successful, Mark Taylor, who became president of Tyndale in 1984, quoted what Ken had said about My Life: A Guided Tour, the title of his autobiography: “That’s the way I look at my life. God has been the tour guide, and I’m along for the ride.” According to Mark, Ken was self-deprecating about many of his achievements. “In its own way, that’s part of the story, I think—that he was not a guy who waved his own flag but simply went about doing what God called him to do. He did it quietly and, over all, pretty successfully.”

There were other sorts of testimony as well. A gathering onstage of 40 young people—28 grandchildren plus spouses—to sing “Trust and Obey” spoke loudly of Ken’s love for family and interest in their spiritual well-being. One granddaughter, Nancy Lee Fischer of Germany, also read the letter she’d written him before learning of his death. Calling him “my Boaz,” she wrote, “When I was just a foster child, coming into the folds of your family . . . you treated me as one of your own . . . Your field proved a safe and bountiful place for me. And when I later strayed, and was lost in a sea of anger and bitterness, without hope, you and Grandma cast out your prayers and family net and helped to bring me to shore.”

At the time of Living Letters’ sudden popularity, Ken and his wife Margaret had been struggling financially, making do without luxuries and even things many consider necessities. (They finally bought a car after seven years of marriage, when child number five was on the way.) The first royalty check from the Graham association amounted to $2,500—a huge sum for someone with “more children than salary.”

Yet Ken had a “strong conviction that the ability to write Living Letters was a special gift from God, and, because it was His Word, He should get all the royalties.” For this reason, he established Tyndale House Foundation, a charitable trust distributing all royalties from Scripture sales to missionary and Bible translation projects worldwide.

Though Ken refused to take a penny from “God’s royalties,” the meteoric success of Living Letters increased networking opportunities and booksellers’ receptivity to his ideas. He felt he’d inherited some of his father’s “gift of being able to observe a need, analyze it, pray, and act.” Material blessing did eventually come, as his vision led to innovative strategies for distributing Christian literature, as well as a number of new publications, from church bulletin inserts and monthly tracts to a digest-style reader.

Ken had built his career on unusual new ways of communicating the gospel of Jesus Christ. So it shouldn’t have surprised anyone that his memorial service would include an additional creative touch.

To leave no uncertainty in anyone’s mind about what he valued and desired most, he planned for one last speaker: himself.

In a five-minute video taped the previous year, Ken Taylor delivered a final word to friends and relatives. There was no fanfare; he was dressed casually for his farewell, in which he acknowledged it was unusual to hear a “voice from the dead, so to speak.” The topic was a Bible verse that at first baffled him—Psalm 116:15, which he reworded as “blessed in the sight of the Lord is the death of His faithful ones.” Why, he wondered, would God be happy about deaths that often leave survivors in grief and pain?

“That’s the way I look at my life. God has been the tour guide, and I’m along for the ride.”

Then, as he’d done for his own children in nightly devotions—and for many millions more in The Living Bible—Taylor made the meaning clear. Occasionally turning his gaze toward where the family would be seated, he shared the “wonderful realization” that occurred to him: “The Lord loves His people and looks down from heaven upon us from the time we are born and even before, helping us and watching over us throughout all our years on earth. And all of that time, He is looking forward to the time when He can personally welcome us, His friends and His children, into the heavenly places. So it is a happy time for Him.”

Ken knew that many in attendance were ready to join him in heaven, whereas “some want to believe but have not yet found a way.” These he implored, “Ask the Father to make the way plain to you, and He surely will.” He took his leave with one final encouragement: “So goodbye for now until the time when we meet again up here.”

Dr. Taylor’s quiet parting message was so compelling that I immediately replayed those final minutes. And then replayed them again. A memorial service DVD was not one I expected to view over and over, but I’ve now watched many times and have even shared it to encourage and inspire friends. Modern technology! Imagine, attending a funeral repeatedly—and being blessed each time.

God Is Good All the Time
Brooklyn Tabernacle

Trusting God in Prayer
Dr. Charles Stanley
Follow Us
Grow Daily with Unlimited Content
Uninterrupted Ad-Free Experience
Watch a Christian or Family Movie Every Month for Free
Early and Exclusive Access to Christian Resources
Feel the Heart of Worship with Weekly Worship Radio
Become a Member
No Thanks