The Lamb of God 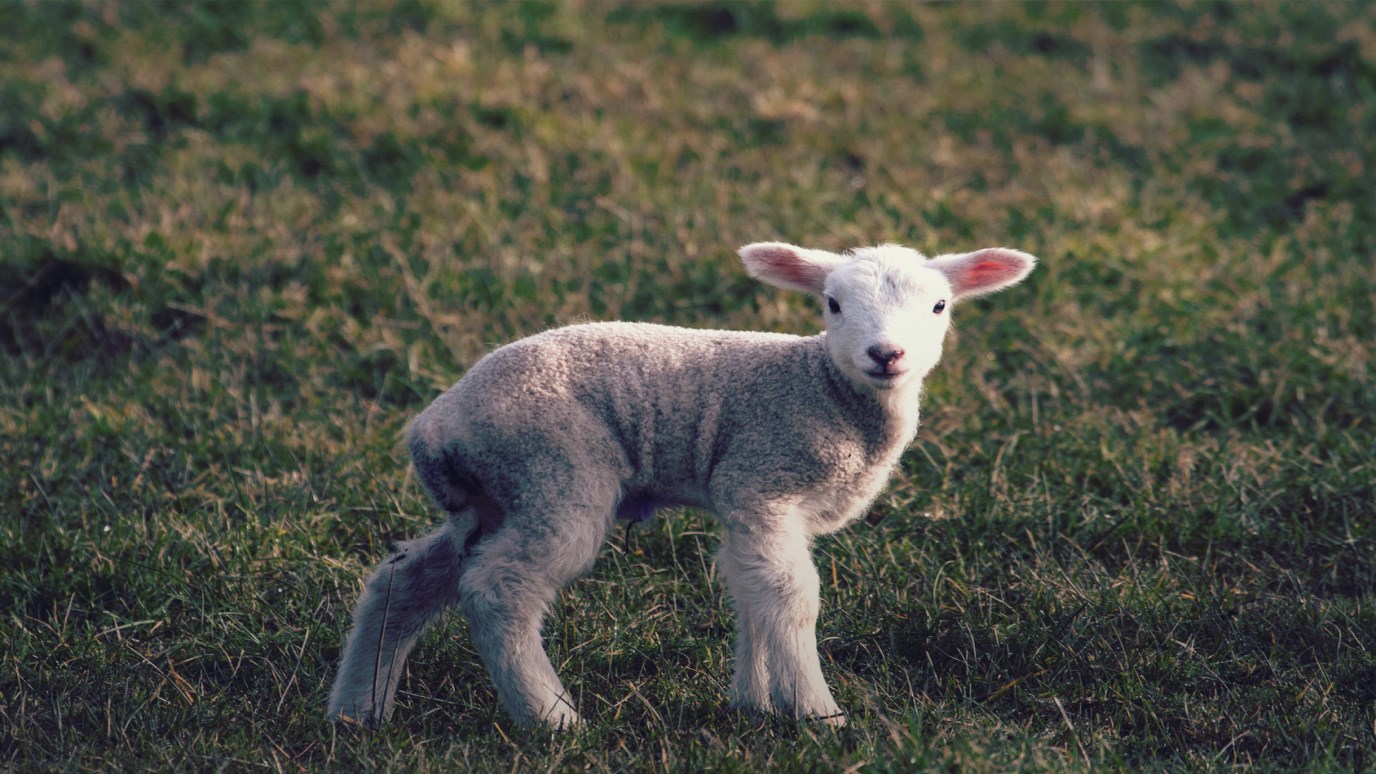 Behold Jesus and try to fully comprehend He who is the Lamb of God.

The next day he saw Jesus coming toward him, and said, “Behold, the Lamb of God, who takes away the sin of the world!—John 1:29.

Have you ever seen a sterogram? A stereogram is a picture within a picture. Hidden inside each image is an object which appears in 3D when viewed correctly. You’ve probably seen one of these images before... a field of wild flowers becomes the space shuttle... (or so I’m told).

If I can be flat out honest. I stink at finding the hidden image. Once I thought I found a puppy, but I was quickly laughed at and told I was so off.  I remember my friends and I gathering around one, and one person after another would exclaim, “Oh, I see it!” And I was like... ”What?... What do you see? I don’t see anything.” Excitedly, they would compare findings and shuffle away with pride in their discovery. Leaving me, staring at the photo, mystified that they could see anything but dots.

This is how some people see Jesus.

Some people look at Him and just see a man, a teacher or perhaps even a prophet, while others behold Jesus, and they get it. They can see that He is far more than just a man, He is both the Creator and the Savior of the World.

One day, at the outset of Jesus’ ministry, John the Baptist saw Jesus walking and spoke words that proved that he got it. He didn’t just see a man or miracle worker, John the Baptist truly saw Jesus. He said,  “Behold, the Lamb of God, who takes away the sin of the world!"—John 1:29.

The world “behold” means to stop and to really look at something until you can fully comprehend it. When John the Baptist saw Jesus, he spoke words so weighty that the sentence burst at its seems with fullness. Jesus is the Lamb of God. For the Hebrew people of that day, this name would immediately bring to mind the sacrificial system. God established the sacrificial system for His people as a way to atone for their sins. John the Baptist perceived clearly that Jesus was the lamb, the ultimate sacrifice.

For you know that it was not with perishable things such as silver or gold that you were redeemed from the empty way of life handed down to you from your forefathers, but with the precious blood of Christ, a lamb without blemish or defect. He was chosen before the creation of the world, but was revealed in these last times for your sake. Through him you believe in God, who raised him from the dead and glorified him, and so your faith and hope are in God”—1 Peter 1:18-20.

The whole sacrificial system established by God in the Old Testament prepared the people for the coming of Jesus Christ, who is the perfect sacrifice for the sins of His people (Romans 8:3; Hebrews 10). Every morning and evening, a lamb was sacrificed in the temple for the sins of the people (Exodus 29:38-42). The high priest would offer up the lamb, lay his hands on his head and symbolically lay on the lamb the sins of the people. The lamb would die in place of the people. This sacrifice provided peace with God and restored relationship. These daily sacrifices, like all others, were simply to point people towards the perfect sacrifice of Christ on the cross.

In fact, the time of Jesus’ death on the cross corresponds to the time the evening sacrifice was being made in the temple. The Jews at that time would have also been familiar with the Old Testament prophets Jeremiah and Isaiah, who foretold the coming of One who would be brought “like a lamb led to the slaughter” (Jeremiah 11:19; Isaiah 53:7) and whose sufferings and sacrifice would provide redemption for Israel. Of course, that person was none other than Jesus Christ, “the Lamb of God.”

If you are burdened with guilt or shame, behold the Lamb!

If you are struggling with Satan’s lies of condemnation, behold the Lamb!

If you lack peace in your soul, behold the Lamb!

I pray we behold the Lamb of God who takes away the sin of the world. Go to Him, the One who paid the highest possible price to redeem you, and bow before Him in worship. Let us join the chorus of heaven, who worship the Living, Risen Lamb of God and proclaim, “Worthy is the Lamb!”

And I saw between the throne (with the four living creatures) and the elders a Lamb standing, as if slain, having seven horns and seven eyes, which are the seven Spirits of God, sent out into all the earth.  And He came and took the book out of the right hand of Him who sat on the throne. When He had taken the book, the four living creatures and the twenty-four elders fell down before the Lamb, each one holding a harp and golden bowls full of incense, which are the prayers of the saints. And they sang a new song, saying,

“Worthy are You to take the book and to break its seals; for You were slain, and purchased for God with Your blood men from every tribe and tongue and people and nation. “You have made them to be a kingdom and priests to our God; and they will reign upon the earth.”

Then I looked, and I heard the voice of many angels around the throne and the living creatures and the elders; and the number of them was myriads of myriads, and thousands of thousands, saying with a loud voice,

“Worthy is the Lamb that was slain to receive power and riches and wisdom and might and honor and glory and blessing.”
And every created thing which is in heaven and on the earth and under the earth and on the sea, and all things in them, I heard saying,

“To Him who sits on the throne, and to the Lamb, be blessing and honor and glory and dominion forever and ever.” And the four living creatures kept saying, “Amen.” And the elders fell down and worshiped—Revelation 5:6-14.

Our Only Hope is Jesus
Kenneth Copeland