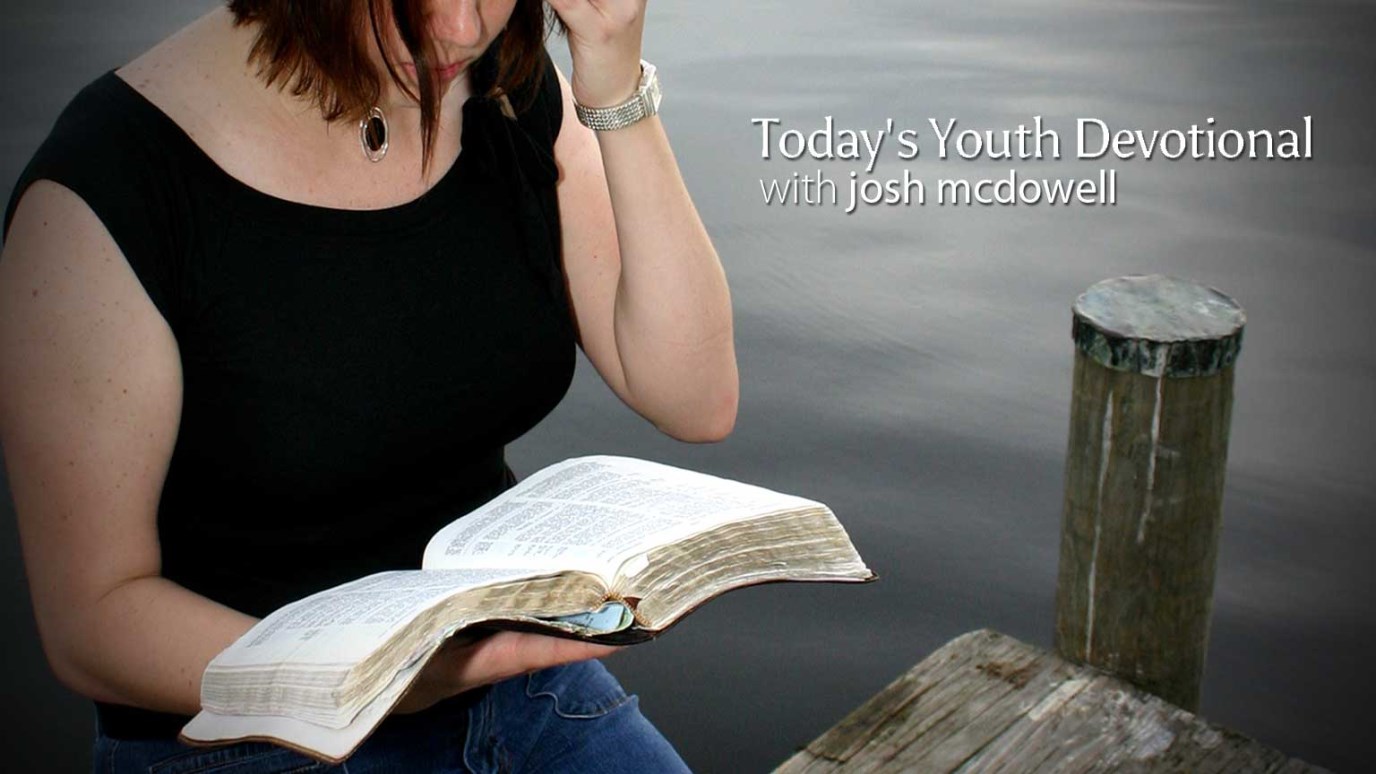 We can’t rescue ourselves. Humanity’s only hope for salvation is the Savior, Jesus Christ.

There is salvation in no one else! There is no other name in all of heaven for people to call on to save them—Acts 4:12.

ZACHARY AND CHRIS stopped in front of a half-price book table in the mall. A man at the cash register smiled at the guys. “Let me know if I can help you with any­thing,” he said.

“Look at this.” Zachary held a thick book titled Isaac Asimov’s Guide to the Bible. “I’ve heard of this guy,” he said.

The bookseller leaned over the table. “That’s an excellent book. It’s full of facts about the Flood and the parting of the Red Sea, and it also says a lot about what the Bible doesn’t tell you. It shows how biblical myth and history fit into the larger pic­ture of human history.”

“Uh-huh,” Chris said, nodding at the guy. Then he took the book from Zachary and laid it on the table. “Let’s go,” he said.

“What’s with you?” Zachary asked when they had walked a few steps. “Why did you drop the book and run? It was about the Bible.”

Chris’s reaction was wise. He had bumped head-on into secular humanism, a philosophy that is often hard to spot. It’s a way of seeing the world that stands against the Bible, Christians, and the church. Humanists believe that the world can only be saved by humankind. God cannot save people, they reason, because God does not exist. Religion can’t save people, they say, because religion is a lie. Human­ity shouldn’t look to heaven for salvation, peace, and fulfillment, but to itself.

Humanists believe that the only hope for personal fulfillment and a better world is in putting faith in human ingenuity. They think humans need none of God’s help to save themselves and their world from evil.

But humanists live in a dream world. Human history illustrates that, for all our technological progress, the human race isn’t exactly becoming increasingly good and kind. Humanity is not perfecting peace or eliminating war. One look at the last century-two world wars, Hitler, Stalin, the Khmer Rouge, Idi Amin, the KKK, the proliferation of nuclear weapons, famine, and oppression-shows that hope placed in humankind alone is hope misplaced.

Of course, humans need to strive to erase war and famine, to fight disease and injustice. But we can’t rescue ourselves. Humanity’s only hope for salvation is the Savior, Jesus Christ.

REFLECT: Be able to explain it to a friend: What is secular humanism? What’s wrong with that belief system?

PRAY: Invite God to guard your mind by teaching you to discern truth from lies.

Getting the Most Out of Work
Dr. Charles Stanley
Follow Us
Grow Daily with Unlimited Content
Uninterrupted Ad-Free Experience
Watch a Christian or Family Movie Every Month for Free
Early and Exclusive Access to Christian Resources
Feel the Heart of Worship with Weekly Worship Radio
Become a Member
No Thanks