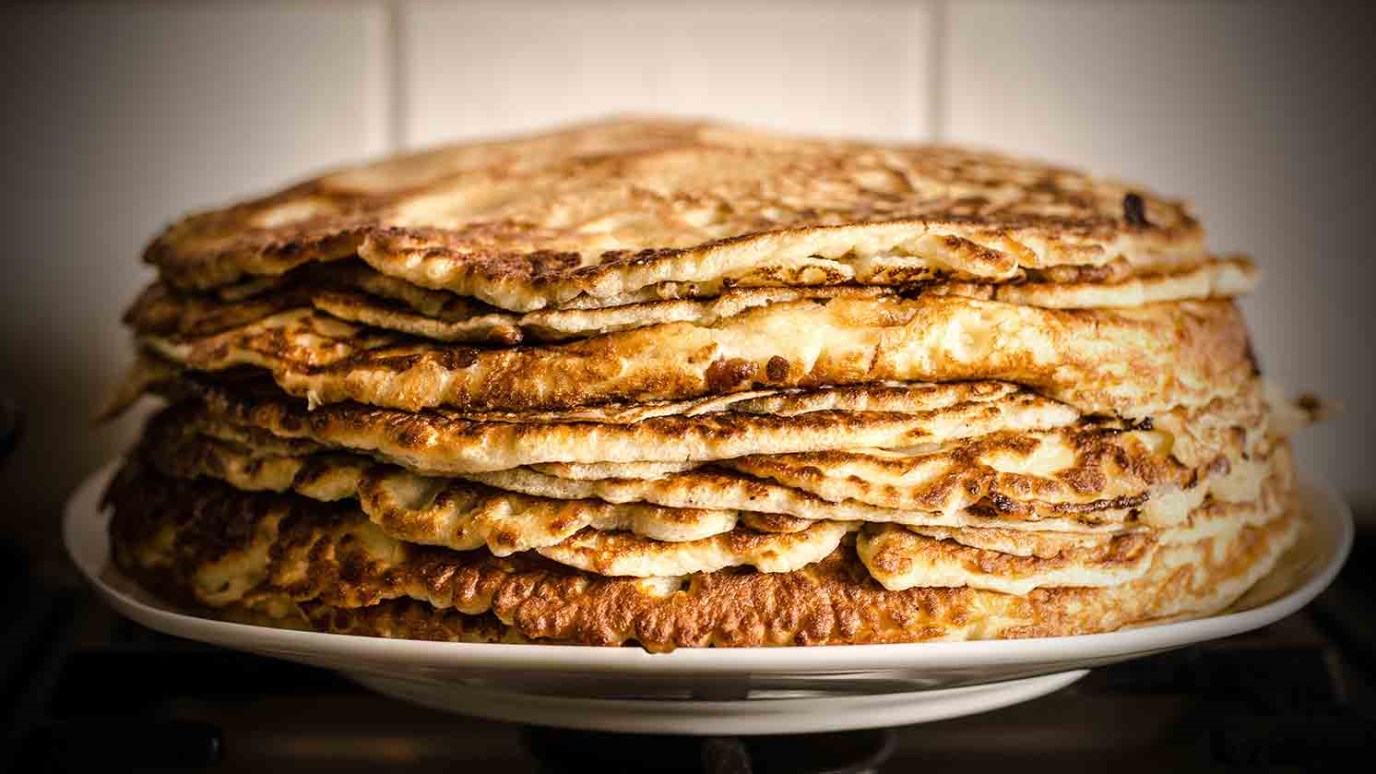 Can our rotten or “uncooked” works become good works to the Lord? Perhaps you need to see yourself thus today, as a half-baked pancake.

I have a venerable friend who has a sweet spirit that reflects long living with the Saviour. While he was staying in a large hotel in the South, he spoke to his waitress about her soul and she began to justify herself before him. She told him about her character, how hard she worked, and how she took care of an aged mother. Day after day as she waited on him, three meals a day, she would tell him more about her good deeds. After about two weeks of this, my friend said to her one morning, when the rush was over and few people were left in the dining room, "Mildred, will you bring me something special from the kitchen?" "Why, certainly, I'll get you anything you want." The old saint of God then carefully described his order. He wanted a pancake that was cooked on one side and not touched on the other. She expostulated that it would be terrible, and that he wouldn't want to eat it. He insisted, and she went out to the kitchen. My friend heard the chef talking in loud tones, and it took a definite repeating of the order to get what had been asked for. Finally, the waitress came into the dining room bearing the pancake cooked only on one side; the chef followed her to the door to watch what happened. My friend looked at her in great kindness and said, "Mildred, for the past two weeks you have been telling me how good you are; how you take care of your mother; what a fine character you have. I will admit that humanly speaking you are well-done like the underside of this pancake. But as God sees you, you are this uncooked mess of runny dough, unpalatable and nauseous. What you need is Christ and Christ alone." The woman looked at the plate and saw herself as God declared her to be; she was broken down by the force of the illustration. It was the means of bringing her to the knowledge of her own sinfulness in the sight of God, and to trust in the Lord Jesus Christ as her Saviour.

Perhaps you need to see yourself thus today, as a half-baked pancake. For, as J. B. Phillips puts it, "This, then, is what has happened. Sin made its entry into the world through one man, and through sin, death. The entail of sin and death passed on to the whole human race, and no one could break it for no one was himself free from sin" (ROMANS 5:12). Multitudes of believers praise God that the Lord Jesus broke the power of canceled sin, and set them free forever.

A Light in the Darkness: Glorify God By Proclaiming What You Believe, Part 3
Anne Graham Lotz