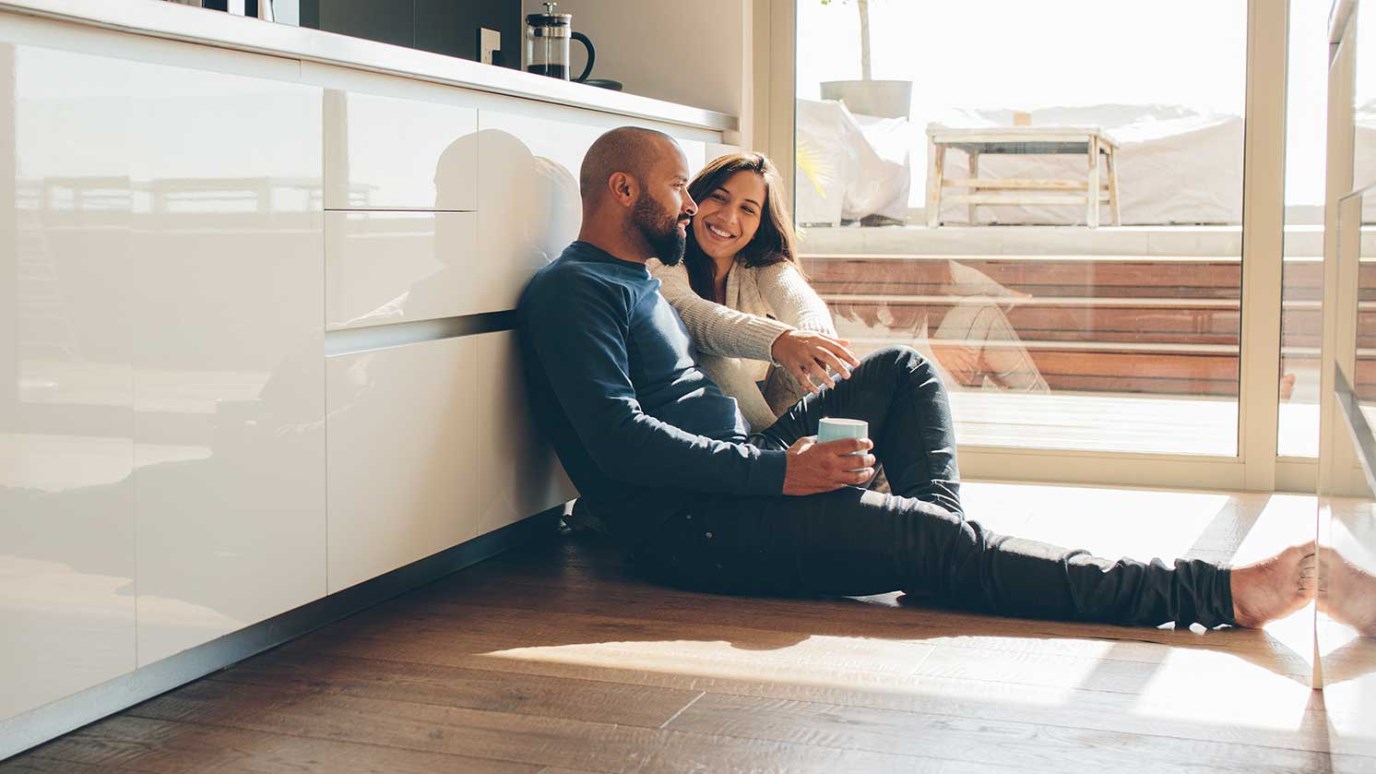 What your husband is begging for you to communicate is your respect and approval. He aches to hear from you that he measures up and that he’s good enough for you. But if he doesn’t feel that, a black cloud settles over him.

He’s an involved dad. He’s respected at church. People come to him for advice. He’s an all-around great guy but more and more often he seems to transform into “Mister Grumpy” when he gets home. Either small things seem to upset him, or he easily becomes withdrawn – or both.

Wish there was a prescription that would turn your husband back into the confident, engaging man you married? Well, there is … but it’s nothing he takes in. It is something you can change about what you send out. Because unless he is clinically depressed (and if he is, that’s a different topic), the issue goes deeper than any medication can reach.

After surveying thousands of men for For Women Only and other books, I’ve seen this one overwhelming truth: being grumpy and withdrawn are the top signals of a man who is feeling inadequate and unappreciated.

Keep in mind that men are different mental animals than women. Their brains function in a very different way. When your husband tells you how much he loves you, it touches you deeply. But as strange as it sounds, when you do the same back to him—simply saying that you love him—it doesn’t help him feel loved. What your husband is begging for you to communicate is your respect and approval. He aches to hear from you that he measures up and that he’s good enough for you. But if he doesn’t feel that way, a black cloud settles over him.

Here’s how you can share that he does measure up, in a way that will almost always lift the black cloud over your man.

Action #1: Realize that he is secretly vulnerable – and needs you to notice what he does.

Remember that teenage boy who would flex his muscles in front of the cheerleaders? We all knew that boys did that because they were secretly insecure, right? Well, that teenage boy still lives deep down inside of your husband — and you’re his cheerleader. Secretly, even the most confident looking man is secretly doubting himself. The more inadequate he feels about what he does in the little daily tasks of life, the more sad and grumpy he will be.

Being his cheerleader changes all of that.

So, notice what he does well, every day, in the little things of life … and let him know that you notice it and think he does well at it. It can be something as simple as “Thanks for filling up the car, honey” or something as meaningful as, “Honey, I know you’re tired tonight. Thanks for working so hard. I love how committed you are to providing for our family.”

Action #2: Avoid “helpful” comments unless they are truly essential

Giving what we think of as “helpful” comments is a sneaky but huge way we sabotage the happy man we most want. “Oh honey, thanks for doing the dishes but they don’t go in the dishwasher that way,” is surprisingly annoying and painful to a guy. As one morose husband told me, “It’s the ‘no thank you’ thank-you.”

Why? Because remember: he’s already doubting himself. And if he’s already feeling inadequate, it makes perfect sense that instead of hearing “helpful,” he’ll likely translate your words into the very thing he dreads hearing the most: “You’re not doing it right. What you did wasn’t good enough. You don’t measure up.”

It might sound odd to us as women, but when a guy feels inadequate he often begins to think “Why should I even try? Nothing I do is good enough for her.” If it happens consistently, he’s likely to move from frustrated to grumpy to total shut down.

Now, of course, some helpful comments are truly essential. If he’s dressed the kids in swim gear, but you’d learned that they are going to the movies instead, well, yes, that would be a time you need to say something!

But most of the time, those ‘helpful’ comments are not truly essential. So instead of asking why he did a task in a certain way or pointing how you would do it differently (or getting annoyed that “he’s so oversensitive!”), look for the good in his efforts and appreciate them. After all, even though he may have loaded the dishwasher differently, the dishes were still cleaned!

Action #3: Affirm Him in the Bedroom

Physical intimacy does far, far more for our husbands than we realize. If your husband is like most men, sex for him is not primarily a physical need: it is an emotional need to feel that you desire him, and that you think he does measure up as a husband. Again, speaking to that deep worry in his heart in a positive way builds him up – and in a negative or neglectful way tears him down.

Imagine that your husband rarely or never talked to you, never filled the emotional need of your soul to connect, to be listened to. You asked him what happened today and he smiled and yawned and walked out of the room. Would not you feel morose and grumpy after a while? That is how men feel when their longing to sexually connect with their wives goes unfulfilled.

Also, for your man, sex is very likely a way he instinctively wants to connect with you and rebuild any closeness that has been lost during a hectic day or a crazy week. See it for what it is. Respond to the emotional desire behind his physical desire, and you’ll soon see grumpy guy a lot less often.