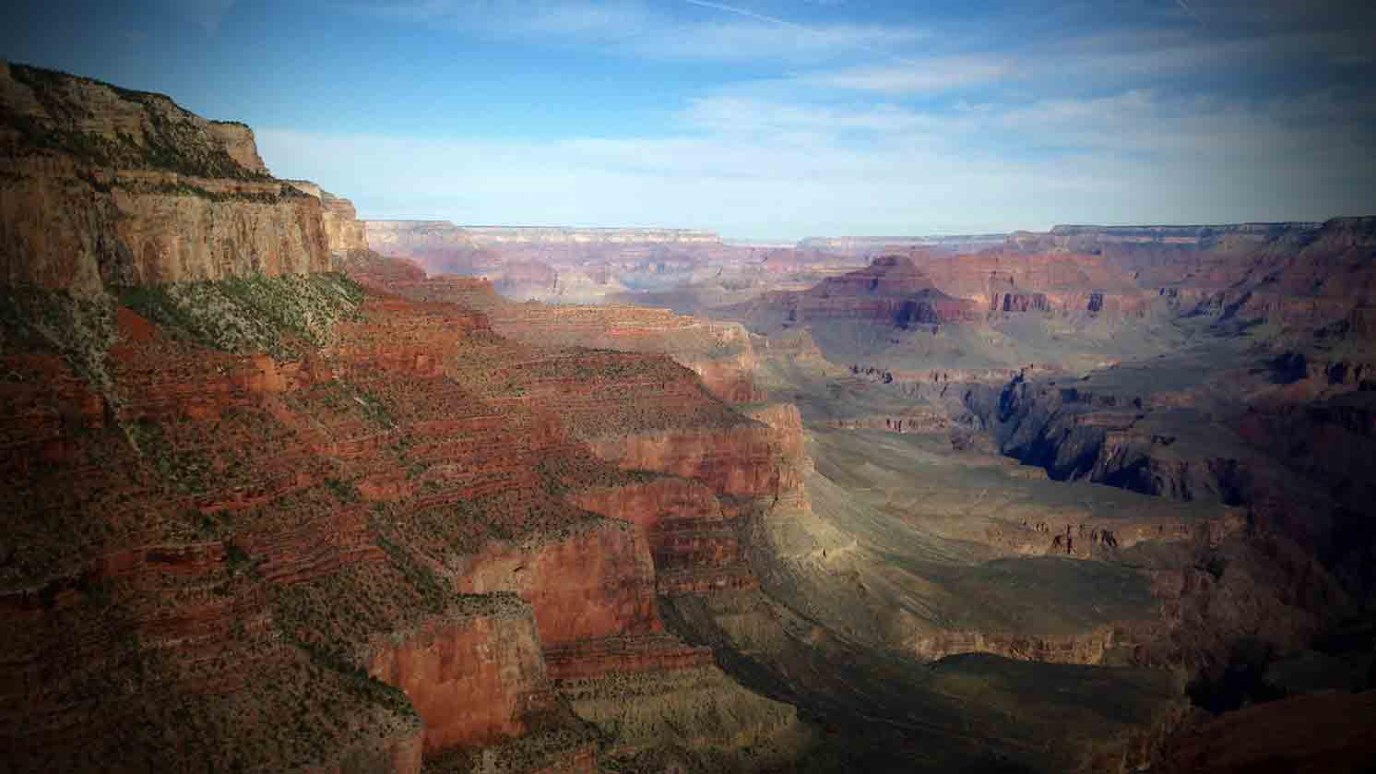 Why is acceptance of the depth of human depravity necessary for salvation?

Several years ago, I motored across the continent with my family. One summer day we saw some of the beauties of the national parks in southern Utah; we drove on to the north rim of the Grand Canyon of the Colorado, arriving there after sunset.

We found our rooms for the night and ate our dinner; then we walked down the path to the wall that guards the edge of this mighty chasm. There was no moon, and we looked out into pitch darkness. I told my children what lay before them, but it was impossible to see anything whatsoever in the inky blackness.

Far to the south, we could see the lights of the hotel on the south rim of the canyon. I told the children that between us and those lights was a distance of many miles, and that separating us from the lights was the greatest canyon in the world, going down a mile to the great river which lay hidden beneath us.

I suppose that the children accepted what I said on faith, and that they formed some sort of mental picture of what I described to them, but if we had left the place and driven on, they would never have really understood what the canyon really was.

In the morning we arose early, before sunrise, in order to see the coming of the dawn. The canyon was still invisible beneath us, but far to the southeast we could see the great range of the San Francisco peaks. At first, they were but a faint shadow; then they became etched in outline, and soon the first rays of the invisible sun touched them. The canyon remained invisible beneath us.

The line of things that we could see descended from those peaks to the rim of the canyon near us, and then to the distant rim to the south, but the depths of the canyon were still not visible. After the brilliance of the new day broke, our sight began to pick up the walls of the canyon, and little by little we were able to see farther and farther - to the very depths of the canyon.

My own awareness of the total depravity of my being and the incapacity of my fleshly nature is a close parallel to the experience we had on the rim of the Grand Canyon. At first I was aware of the biblical statement concerning my nature just as a man might be aware of a geographer's description of the Grand Canyon. Then as time passed, I stood on the brink of my own sinfulness without knowing it was there in reality.

At last, I saw, not the canyon of my depravity, but the distant mountain peaks of the cross of Jesus Christ, brought to my vision by the illumination of the Holy Spirit. Only then did I begin to see the edges of the abyss that is in the human heart, and as the years have passed my sight has gone deeper and deeper into that sinful depth. I discover from the Word of God the statistics of my depravity without having known at close range the depths of its capacity. Every Christian must come to this knowledge for himself.

Romans 3:11,12: None is righteous, no, not one, no one understands; no one seeks after God. All have turned aside; together they have become worthless; no one does good, not even one.

1.Why is an understanding and acceptance of the depth of human depravity necessary for salvation?

2. Why does humanity find the doctrine of total depravity, or total inability, repulsive?

3. Is a “gospel” message that either ignores or weakens the biblical view of human depravity a real “gospel”?

Making Sense of the Newspaper and the World
Colin Smith

Free From the Curse
Kenneth Copeland

What Does "Salvation" Really Mean?
Kenneth Copeland Ministries
Follow Us
Grow Daily with Unlimited Content
Uninterrupted Ad-Free Experience
Watch a Christian or Family Movie Every Month for Free
Early and Exclusive Access to Christian Resources
Feel the Heart of Worship with Weekly Worship Radio
Become a Member
No Thanks