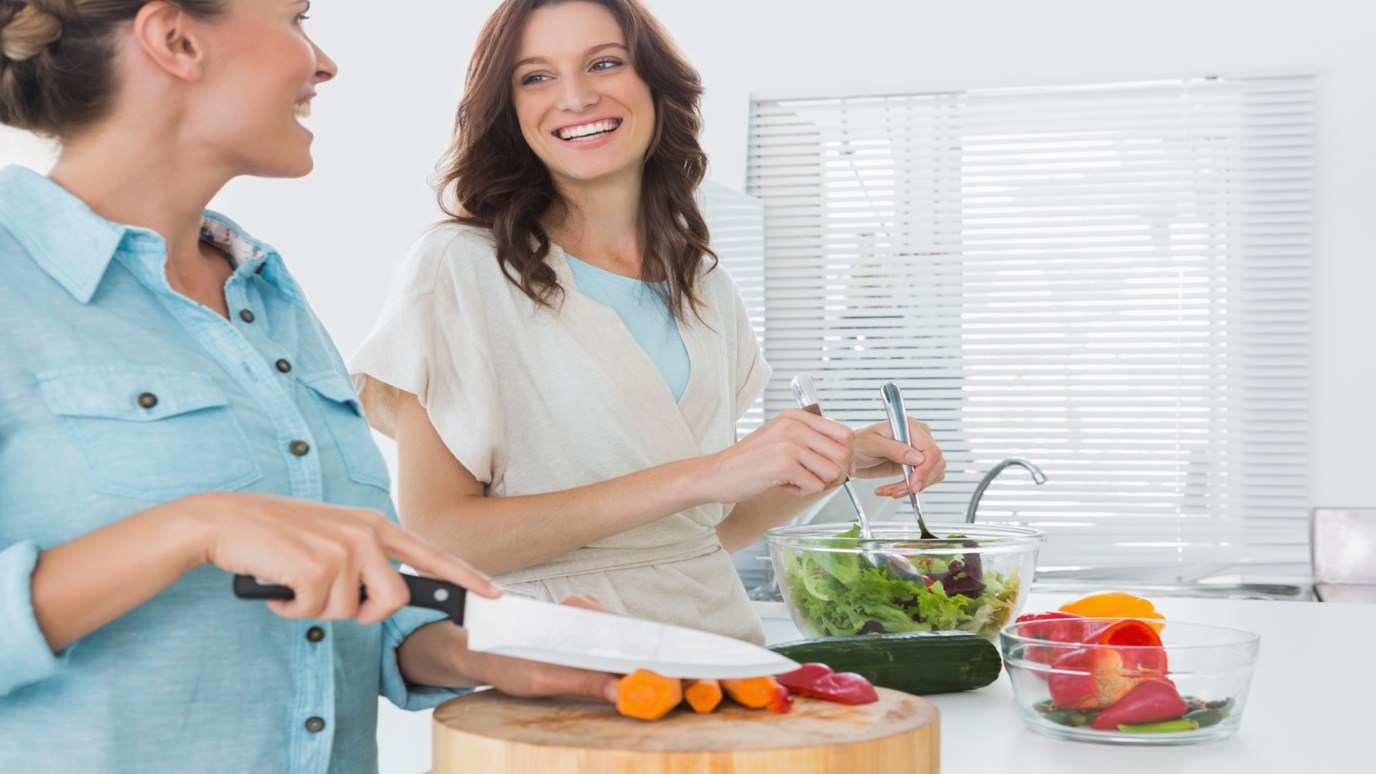 Michelle Hutchison writes about being a "flexitarian."

The jig is up. I’ve avoided talking to my kids about it in hopes we wouldn’t have to deal with the issue for a few years but somehow, my daughter has figured it out.

Well, I suppose we’re not vegetarians in the way most people would categorize vegetarians. In fact, I think I might just be the first person to coin the phrase, “grace based vegetarian.” While it sounds a little silly (and maybe completely over-complicated to my omnivorous friends), it’s a real thing for me… and for good reason.

It was just about a year ago that I changed my dietary habits for health reasons. I really enjoyed my new lifestyle, except that I felt like now I was a huge imposition on my family and friends (which was so NOT me). Sure, I got accustomed to “making a meal of sides” or eating before/after an event. I thought no one would notice… but they did. And I just felt wrong about the whole thing.

It was then that I realized this whole experience was not unlike the days of the early Church. Back then, new Christians were all up in arms about whether or not to keep Jewish dietary customs. While some believed that faith in Christ completely freed from the restrictions of the Mosaic laws, some still declared certain foods were “unclean.” I wondered, “am I doing the same thing?”

Without really trying, I came across 1 Timothy 4:4 that wrapped the whole thing up for me. It says, “for everything created by God is good, and nothing is to be rejected if it is received with thanksgiving” (ESV).

After reading that passage, it became clear to me that the guilt I felt in turning away the hospitality of others was, in truth, openly rejecting someone else’s attempt to bless me. It was then that I decided that having a heart of thanksgiving had to take precedence over what really is (at least in my situation) just a set of preferences.

And that’s the reason why in our home, nothing is explicitly forbidden (and why my kids have no idea we’re so-called “flexitarians” in the first place). Rather, we talk about foods that are good for our bodies and foods that we only eat once in a while. Unlike most Americans, it just so happens that meat and dairy end up in the “once in a while” category… as in “I-won’t-cook-it-at-home-but-for-a-few-occasions.”

Physical Beauty: The Beauty and Glory of God
Focus on the Family

Did You Know a Healthy Lifestyle Saves You Money?
Chuck Bentley

Commit to What's Best, Not Just to What's Good
Pastor Rick Warren
Follow Us
Grow Daily with Unlimited Content
Uninterrupted Ad-Free Experience
Watch a Christian or Family Movie Every Month for Free
Early and Exclusive Access to Christian Resources
Feel the Heart of Worship with Weekly Worship Radio
Become a Member
No Thanks