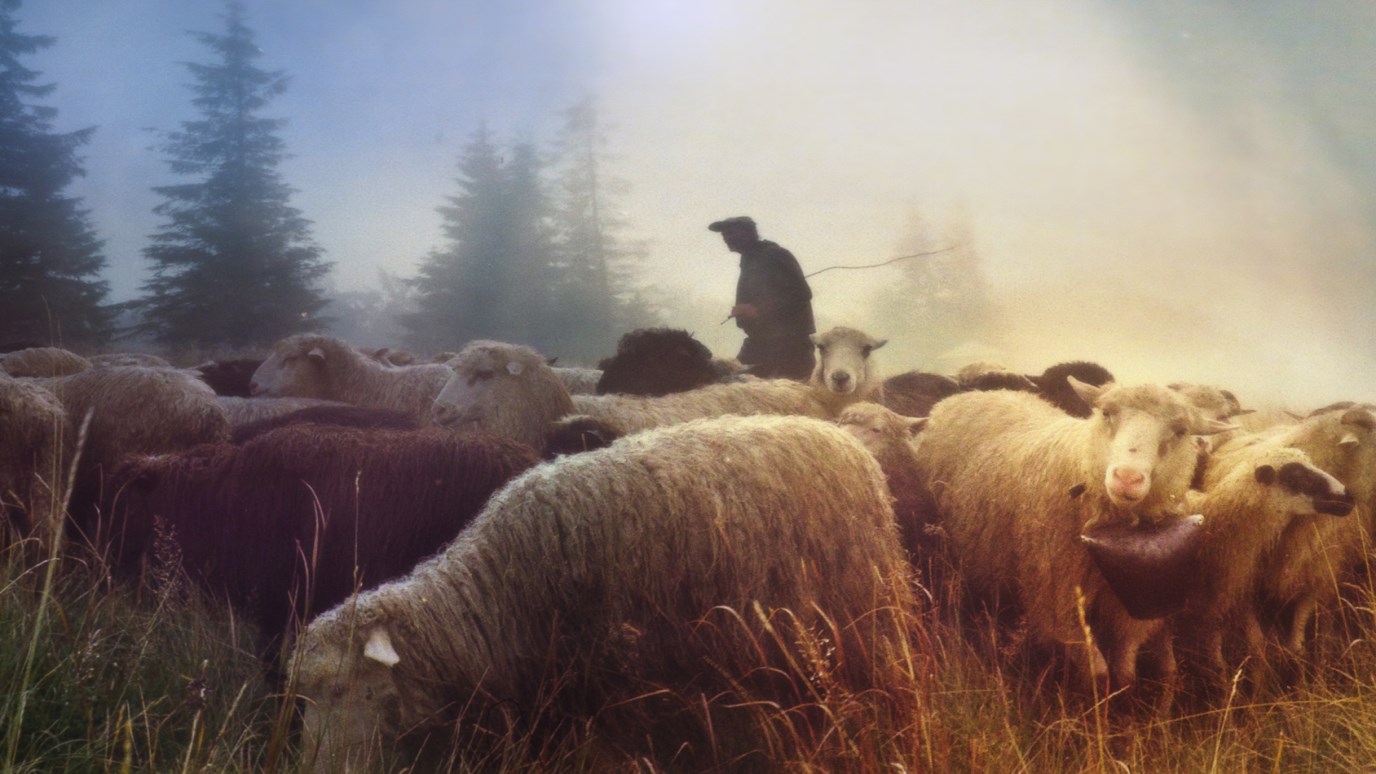 Jesus is the Good Shepherd of Psalm 23 and does much more than even David described in his writing. He promises that all who hear His voice and come to Him will be saved and protected in His fold.

In the conversation between Christ and the Pharisees, Jesus revealed Himself as the long awaited Shepherd-King calling His sheep into the fold, a fold that can be accessed only by the one Door. Given the Pharisees’ failure to be shepherds who would shelter, care for, and guide the once-blinded man (John 9:13–34), Jesus now proves Himself to be the true Shepherd with sheep that will hear His voice and follow without hesitation (John 10:1–5).

The fourth “I AM” saying that we find in the gospel of John is found in John 10:11 where Jesus says “I am the good shepherd.” We have already seen how sheep and shepherds were metaphors for Israel and her leaders in the Old Testament. Before the Incarnation, one of the most important shepherds Israel ever had was the shepherd-king David who became the paradigm for Israel’s king par excellence: Jesus of Nazareth. David’s own writings in Psalm 23 reflect his background as a shepherd of sheep. He likens himself to a lamb walking through the valley of the shadow of death and yet having no fear because of the good shepherd who is with him. He speaks of being guided and comforted by the rod and staff of this Good Shepherd who was none other than the Lord Himself.

Jesus is the Good Shepherd of Psalm 23 and does much more than even David described in his writing. Not only is He constantly present with us, leading us and comforting us, He also gives His life for the sake of His sheep (John 10:11). This is most unlike the hireling (v.12). A hireling does not receive his livelihood from the flock of sheep, thus when danger comes he is the first to flee. The Good Shepherd, however, will defend his own, even unto death. Jesus, the Good Shepherd, does this for us on the cross (vv. 15–18). This death is a sovereign, willing death, entered into only when the proper time had come.

Finally, Jesus tells His audience that the sheepfold is about to be enlarged. Prior to Christ’s coming, the vast majority of those sheltered by God in His sheepfold were ethnic Israelites. This is about to change. Sheep from other flocks will hear the voice of the Good Shepherd and come into the sheepfold. They will join the one true flock and submit to the one true Shepherd (John 10:16). Jew and Gentile will come in through the one door to follow the one Good Shepherd.

Jesus promises that all who hear His voice as the Good Shepherd and come to Him will be saved and protected in His fold. His sheep hear His voice and follow moment by moment, hour by hour, day by day. Ask the Lord to let you hear His voice clearly, and if you are not in His fold, enter by placing your trust in Christ alone.

The Pattern for Servanthood
Dr. Charles Stanley
Follow Us
Grow Daily with Unlimited Content
Uninterrupted Ad-Free Experience
Watch a Christian or Family Movie Every Month for Free
Early and Exclusive Access to Christian Resources
Feel the Heart of Worship with Weekly Worship Radio
Become a Member
No Thanks