The God of New Life 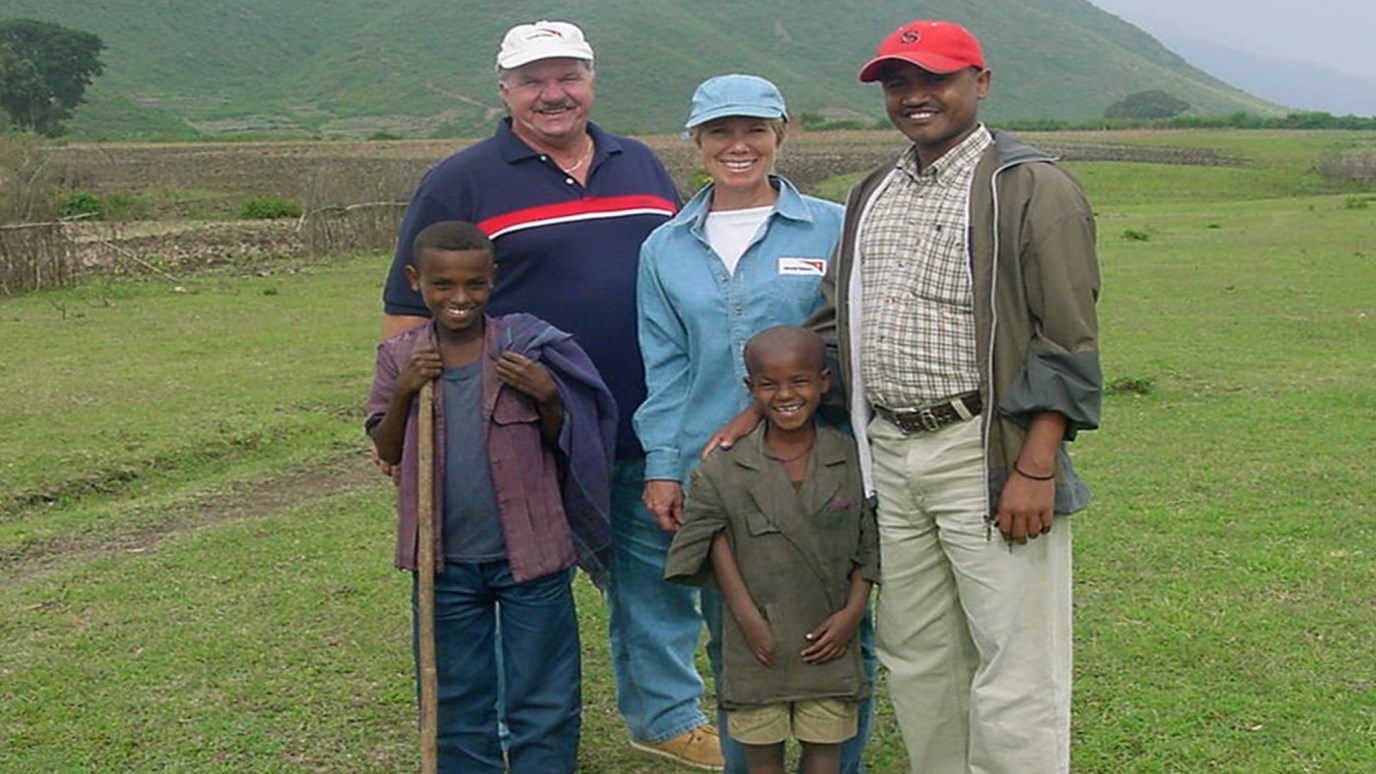 Read this remarkable story about Tesfaye, whose very existence testifies to God's ability to bring new life out of dust and death.

In the 1980s, Ethiopia suffered from severe drought and famine. According to the United Nations, nearly 1 million people starved to death while the world scrambled to help. But World Vision was already there, having come to Ethiopia in 1971 to help care for the insurgence of refugees fleeing civil war in Sudan.

During the worst of the famine, World Vision set up a massive camp to provide medical help and lifesaving food and water in Antsokia Valley, one of the hardest-hit areas.

“We called it the Valley of Death,” one farmer told me when my husband and I visited Antsokia 25 years later to see the impact of World Vision’s work. “As far as the eye could see, there was nothing but dust, and people looked like sticks walking toward the refugee camp. We were all so sick and weak that when someone died, we would just walk on. No one had the strength to bury them.”

The memory filled the man’s eyes with pain. But then he smiled and waved at his lush garden of citrus trees, avocados, and vegetables. He pointed out the fields of wheat and corn that flourished all around us. “But today we call it the Valley of Life, because God heard our prayers and gave us water.”

A young, talented World Vision staff member named Tesfaye Ayenew drove us out to see the aqueduct World Vision helped community members build to bring water down from the surrounding mountains. The water was always there, but it took money and professional know-how to figure out how to design and construct the labyrinth of irrigation ditches that turned Antsokia into a virtual Garden of Eden.

As we drove, I asked Tesfaye why he chose to work in such a remote area, when he was clearly qualified to work in the city. He told us that he was born here and had been a sponsored child. But before World Vision sponsorship had given him an education and a future, he had been one of the skeletal children that had barely survived the famine.

“I was so weak that I had to be fed every few hours. Sometimes I could keep the gruel down, but other times it would come back up, and I would make a mess on the floor. Every day, the World Vision project director would come into the medical tent to visit us. I remember watching him stoop down to clean up the floor. Then he would sit on my bed and take my hand.

“‘Don’t you give up,’ he would say. ‘God loves you and has a plan for your life. You keep fighting.’ I wasn’t really sure what he meant by God having a plan, but his words gave me hope. And I remember thinking that if I lived, I wanted to do what he did. I am here because I want to share the hope God has given me with others.”

Tesfaye is a messenger of hope, his very existence testifying to God’s ability to bring new life out of dust and death.

Luke 2:20 says that after the shepherds’ extraordinary trip to Bethlehem, they went back, glorifying and praising God for all they had heard and seen. They went back to their rocky fields, obstinate sheep, and daily hardship. The reality of their world hadn’t changed. But, like Minakhsy, Susan, and Tesfaye, they had been changed by new hope and purpose.

This Christmas, we thank God for all of his messengers of hope, and we feel anew the joy of “God with us”—of that starry night long ago when an angel appeared and all of heaven rejoiced.

Glory to God in the highest heaven, and on earth peace to those on whom his favor rests.

This article was written by Marilee Pierce Dunker.

iDisciple Podcast: Impacting the World
iDisciple
Walking Through Samaria with Doreen Diaz
Walking Through Samaria
Follow Us
Grow Daily with Unlimited Content
Uninterrupted Ad-Free Experience
Watch a Christian or Family Movie Every Month for Free
Early and Exclusive Access to Christian Resources
Feel the Heart of Worship with Weekly Worship Radio
Become a Member
No Thanks