The God of Love 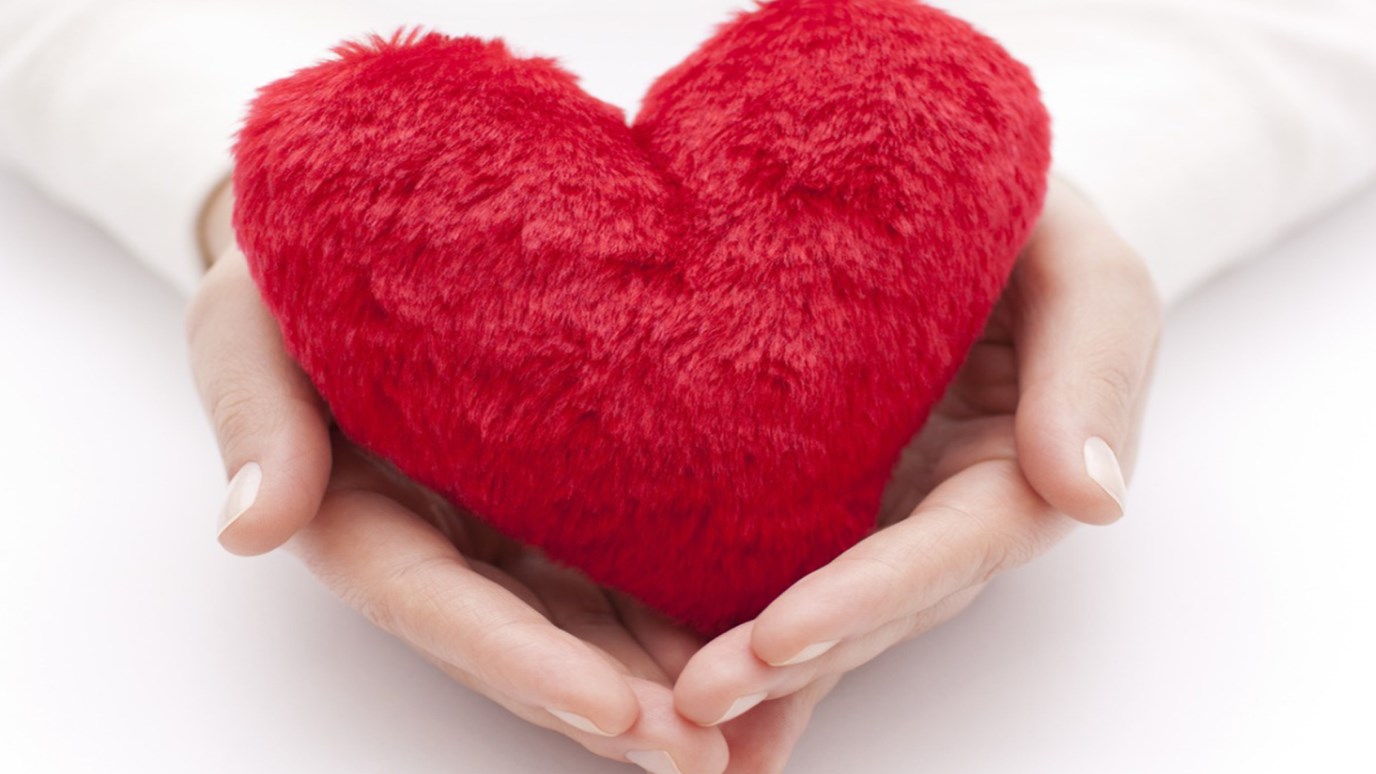 Have you been trying to fill the empty place in your heart with relationships that can never bring lasting satisfaction? God created you for an intimate relationship with Him.

One of our greatest comforts is the fact that God never changes. Unless we realize that this truth includes His love—which He gives us no matter what—insecurities and feelings of unworthiness will rob us of the abundant life Christ promised. Yet many Christians struggle with doubts because they see such convincing “proof” that they’re not lovable. They are bombarded with thoughts like, Just look at what I’ve done, how I’ve treated people, the way I’ve wasted my life. How could the Lord ever forgive me and use me for His purposes? The problem is that we assume He loves in the same way we do. Our feelings for others continually change, but that’s not the way the Lord operates.

The basis of God’s love

The Greek word for God’s love is agape, which includes the idea of being “sacrificial and unconditional in nature.” The Lord unselfishly gives Himself to us in order to bring about good and blessing in our lives. Agape not only originates from Him; it is essential to His being. In fact, it’s His very nature, or as 1 John 4:8 tells us, “God is love” (emphasis added). In other words, the Lord does not cease to love, because in order to do so He would have to cease being Himself.

Just think what your life would be like if God’s love were dependent upon your character and behavior. You’d be on a spiritual roller coaster, up one day and down the next. Because no one can live up to the Lord’s perfect standard, a sense of uncertainty and unworthiness would always be lurking in your soul. There’s no grace in living that way—only joyless legalism and bondage. The heavenly Father won’t love you more when you are good and less when you’re bad, because His affections are based not on your worthiness but on His unchanging character.

The best way to learn about God’s unfathomable love is to examine how Christ interacted with various people when He lived on earth. I’m going to categorize several biblical characters so that you can more readily identify with them. As you examine each one and observe Jesus’ words and actions, think about how the same unconditional love applies to you.

There’s no one quite like Peter. He was an outspoken, take-charge kind of guy, and in whatever he did, he went full throttle. When Peter saw Jesus walking on the water, he was the only disciple to step overboard in faith. But sometimes his mouth ran faster than his brain, and that got him into trouble. When Christ explained that He was going to be crucified, Peter actually rebuked the Son of God.

But Peter’s greatest failure began at the Last Supper when he refused to listen to the Lord’s prophetic warning that all the disciples would fall away. Just hours after confidently asserting his unending loyalty, he denied Jesus—not once, but three times (Mark 14:27-30).

Maybe you can identify with Peter. Have you ever made rash statements or jumped into action too quickly? Perhaps your own self-reliance has resulted in a humiliating disappointment. None of these things can disqualify you from being loved and used by God. He specializes in taking broken people and making them into useful servants.

Soon after Jesus’ resurrection, He reached out specifically to Peter to begin the process of restoring him. When the women went to the tomb, the angel told them, “Go, tell His disciples and Peter” (Mark 16:7, emphasis added). Christ never stopped loving him. Knowing Peter’s potential, He allowed Satan to sift out the pride that was hindering the disciple from becoming a humble spiritual leader.

We sometimes think that God’s love is expressed only in tender ways, but He’s a caring heavenly Father who corrects and disciplines His children for their good. He uses our hard times and failures to shape our character and train us to be dynamic servants.

Since tax collectors were seen as traitors, they weren’t popular in Israel. It was bad enough that they collected taxes for the Romans, but many of them also cheated the Jews by demanding two or three times more than they were authorized to charge. Since Zaccheus was a chief tax collector, you can be sure that he was a hated man, yet when Jesus saw him perched in a sycamore tree, He called out to him. That’s what God’s love always does—it reaches out to draw us into a relationship. It doesn’t matter what we’ve done in the past, or even what sins we’re currently committing. Christ doesn’t evaluate our lives to see whether we’re worthy of Him. He simply takes us as we are.

Although the crowd was horrified at Jesus’ demonstration of kindness to this sinner, Zaccheus’s response was amazing.

The Lord does not cease to love, because in order to do so He would have to cease being Himself.

He committed to give half his possessions to the poor and make a four-fold restitution to those he’d cheated. Zaccheus wasn’t shamed into salvation and holy living; he was won over by the Savior’s gracious acceptance and wanted to live in a manner worthy of the love he’d been given.

Have you felt a sense of condemnation because you’ve compromised with the world’s values and done things you shouldn’t have? Although an encounter with the Lord always brings our sins to light, Jesus’ love for us offers hope and shows a way out. When we receive Him as Savior, there is no longer any condemnation. His love frees and motivates us to live the rest of our days for Him.

In His interactions with people, Jesus knew exactly how to get to the heart issues. When He met the Samaritan woman at the well, He guided the conversation’s many tangents toward the answer to her deepest need—the Messiah’s unfailing love, unlike the love she’d been looking for in all the wrong places. After five marriages, she was now living with a man who was not her husband. As a result of her immoral behavior, she wasn’t accepted by the community and came to the well in the heat of the day when no one else would be there.

When Jesus found her, He firmly but tenderly revealed her secrets and unveiled her thirsting heart. Then He offered her the living water of the Spirit—a drink that would finally bring the satisfaction she had sought all her life. What’s amazing about this scene is how Christ uncovered her sin in a way that didn’t erect barriers of self-defense. She was so transformed by His love that she went into town and told everyone about Him, inviting them to come meet the Messiah as well.

Have you been trying to fill the empty place in your heart with relationships that can never bring lasting satisfaction? God created you for an intimate relationship with Himself. As wonderful as human friendships, family connections, and marriage can be, nothing is able to take the Lord’s place in our lives.

Blind beggars were considered “nobodies” in Israel. They might receive pity and charity, but never meaningful attention or recognition—most people simply walked by as if they were invisible. But one day, as Bartimaeus called out to Jesus for mercy, the Lord stopped, had a conversation with him, and healed his vision.

Do you feel like a nobody? Maybe your life seems like an endless cycle of pointless work, TV watching, and sleep. Or perhaps you struggle with loneliness—no one even notices you anymore. Many people feel insignificant and unimportant when they age or become ill and can no longer work in the ways they used to. Their lives slowly shrink down to a single room, or even a bed. They lie in hospitals and nursing homes, often forgotten by the world.

But the Lord knows exactly where you are and has never taken His eyes off you. “Even to your old age I will be the same, and even to your graying years I will bear you!” (Isa. 46:4). His love for us doesn’t cease just because we feel useless or insignificant. The best way to renew hope and purpose is to take our eyes off ourselves and turn them to the Son of God. When you focus on His Word, your sense of self-worth becomes grounded in truth instead of fluctuating emotions. Christ considered you worth dying for, and He loves you no matter what your physical, emotional, or spiritual condition is.

It’s a matter of faith.

The fact that God loves us is undeniable. He’s said so in His Word and demonstrated it through His Son. Whenever we wallow in our own unworthiness and rehearse the reasons He couldn’t possibly love us, we display unbelief. Sometimes we must simply accept His care for us by faith. The more we choose to believe the Lord instead of our feelings, the stronger our certainty of His love will become. Then when faith sets us free from these doubts, we’ll experience the fruitful, joyful life God has planned for us.