The Field Guide to Forgiveness 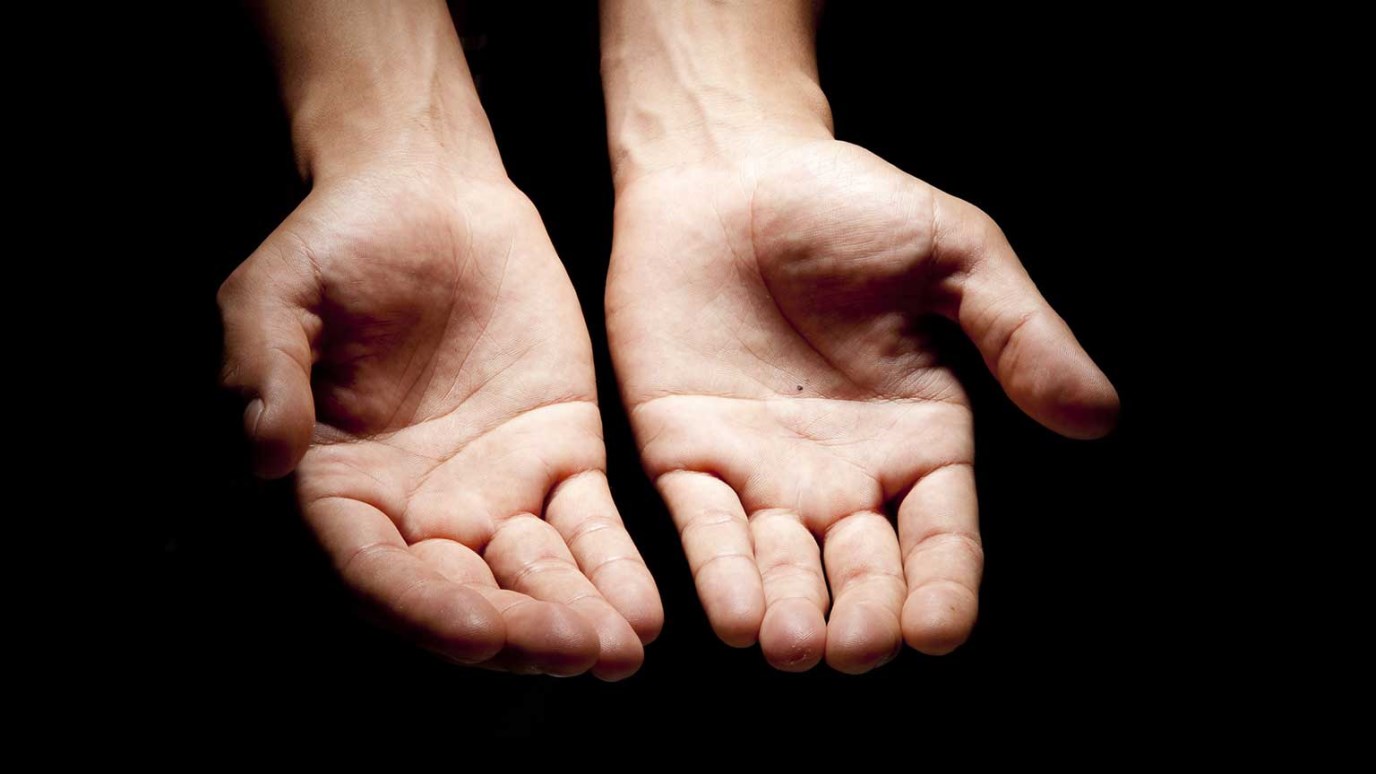 The circumstances that call for forgiveness aren’t usually in our plans. But to follow Jesus faithfully, we must learn to say, “I forgive you.”

Betrayal. Rejection. Condemnation. No one requests such treatment, yet few escape life without a wound or two. The circumstances that call for forgiveness aren’t usually in our plans. But to follow Jesus faithfully, we must learn to say, “I forgive you.”

The following field guide isn’t exhaustive. But the tips, quotes, and stories collected here will provide guidance about fulfilling the Lord’s challenging command to forgive, regardless of the offense.

More Than Words: The Work of Forgiveness

While I watched my boys play in a community park one morning, a curious drama unfolded nearby. Two women sat facing each other, their sons standing between them.

One woman held her son’s hand. The other woman, more agitated, grasped her son’s elbow. Both boys were frowning, chins out and hands deep in pockets.

“He said he was sorry,” the second mother said. “Now you say, ‘I forgive you,’ and you guys shake hands.” Neither boy would meet the other’s eye. During the silence, the frustrated mom began alternately cajoling and threatening until her son grunted a word or two. Relieved, she sent them back to the playground and then commiserated with her friend about the difficulty of getting at their sons’ hearts. “I know he needs to do it,” she sighed, “but if his heart’s not in it, what’s the point?”

It was a fair question. After all, her boy’s grumbled “forgive you” was about as heartfelt as the grunted “sorry” it answered. The incident reminded me that knowing we should forgive isn’t the hard part; the actual forgiving is. The point, after all, is reconciliation—restored communion and healed brokenness—that results from practicing this discipline. In the end, forgiveness often changes the one forgiving more than the one being pardoned.

This is true because forgiveness forces us to admit our powerlessness and trust God for justice. The boy who was reluctant to forgive knew instinctively that weakness is not generally considered a virtue. Pursuing vengeance makes us feel strong, empowered. Forgiving, on the other hand, acknowledges that we may not receive the justice we thought we deserved.

Change also happens because forgiveness creates space for restored fellowship. Giving up our claim against the offender moves us from weakness to strength,  as we invite the peace of the Holy Spirit to restore our relationship with God and neighbor. Denying forgiveness, on the other hand, breaks fellowship not only with our adversary, but also with our Father (Mark 11:25).

A while later, as I walked with my own children to our car, I turned to see the boys back at play. They smiled and laughed as  if nothing had happened. Though the process doesn’t always go that easily or well, forgiving—and receiving forgiveness— had made room for their friendship.

Most people will experience wounds  far deeper than the playground mishap I witnessed. The obstacles to forgiving will be far greater and the cost of forgiving, far higher. But the point remains the same: when we forgive, we make a renewed relationship possible, if not with the person we forgive, then with the person who has forgiven us.

Tip No. 1: Forgive and remember

We usually put the words “forgive” and “forget” together, but to forgive authentically, we have to remember. The apostle Paul suggests that our duty to forgive others depends on recalling the pardon we received from God. “As the Lord forgave you,” he writes, “you do also” (Col. 3:13). Not only should we remember that God forgives us; we should also imitate how He does it: graciously, freely, and completely.

We might be tempted to keep a “record of wrongs,” but love precludes that (1 Cor. 13:5). The unbelieving world tends to nurse grudges against whoever has wronged them, but as followers of Jesus, we forgive freely, without expecting anything in return.

Application: Forgive completely, wiping the slate clean for a fresh start. Forgiveness doesn’t mean forgetting the offense. You are human, after all, and cannot truly forget. More importantly, pretending the wrong never happened prevents the work of healing from being done. When you remember the sin against you, see it as opportunity to remember God’s grace toward yourself and through you to the offender.

From a Christian perspective, forgiveness requires far more from us than a few brief words. The Puritan writer Thomas Watson gave a surprising  answer to the  question, What  is forgiveness?  He wrote, “[We  forgive] when we  strive against all  thoughts of revenge; when we will not do our enemies mischief, but wish well to them, grieve at their calamities, pray for them, seek reconciliation with them, and show ourselves ready on all occasions to relieve them.” In other words, forgiveness requires gracious inward action before we can pursue gracious outward action (see Tip #4). Much of this internal work can be done without the offender’s knowledge. Watson’s phrase, “strive against," acknowledges how strenuous forgiveness can be, requiring us to actively and energetically oppose the natural inclination toward assaulting the other person, physically or verbally, or withdrawing from relationship with him. Either approach is a way of withholding forgiveness and will impede the healing process for both people.

Application: To avoid assaulting or withdrawing from others, look for opportunities to celebrate your offender’s successes. Do not rejoice when he suffers, but grieve along with him. Prayerfully seek to relieve the person, looking for the right moment for reconciliation. All this heart work will enable you, when the time comes, to offer authentic forgiveness.

Throughout each day, practice secretly forgiving others for small offenses, such as being cut off in traffic or receiving an unintended insult. Doing so will slowly transform your heart over time, making it possible to forgive when bigger, more serious conflicts occur.

Tip No. 4: Head off resentment

We might be tempted to dismiss sin against us by taking full or partial responsibility. Phrases like “I probably deserved it,” or “It takes two to tango,” can mask real feelings. This false path may seem like wisdom, but burying pain can plant seeds that grow into bitterness.

Application: When you are wronged, look for opportunities to work for the wrong-doer’s good. Prayer for the perpetrator is a good place to start. Doing the work of love and mercy before it comes easily can uproot resentment.

Tip No. 5: See (and seek) mercy more than justice

In our culture, which celebrates vengeance rather than mercy, the idea of biblical justice escapes many, including Christians. Some use phrases like “the punishment should fit the crime” and falsely conclude that justice and mercy cannot coexist.

Such people ignore the intended close connection between the two, as Scripture illustrates through expressions of profound forgiveness when “justice” could have been meted out with violence.

Just consider Joseph (see Gen. 37, 39–47). Imagine his story retold in today’s cultural standards. Instead of forgiving his brothers, Joseph would exact his long-awaited revenge through vicious reprisal or a long legal battle. This might sound laughable to our ears, but movies and books (the “bibles” of today’s world) tell similar tales all the time. How much greater and more poignant is the story of the real Joseph. He chose to offer mercy when no one would have denied him revenge.

Doesn’t your life offer similar chances to forgive? A coworker pads his accomplishments, gaining a promotion that should have been yours. An acquaintance betrays your trust, costing you a friend. A spouse lies, jeopardizing marriage and family. However impossible any case may seem, choose to let God reveal the manner in which mercy and justice should merge.

Tip No. 6: Forgive your enemies

On the morning of October 2, 2006, Charles Roberts entered an Amish schoolhouse in Nickel Mines, Pennsylvania. Just over a half-hour later, five girls were dead, five more were injured, and the community’s peace seemed shattered forever.

Except it wasn’t. The same day, while bodies remained unburied, an Amish grandfather was heard telling his young relatives, “We must not think evil of this man.” Roberts had taken his own life during the crisis, and in the days that followed, the community reached out in mercy and forgiveness to his family, astonishing the world with their graciousness.

The Amish response of mercy and forgiveness was remarkable because of its uniqueness in a world fascinated by justice. One of the authors of Amish Grace, Donald Kraybill, found the response not surprising but natural. He says forgiveness is woven into Amish culture. Their communal  life requires a forgiving spirit, so they practice it as a way of life, working at it,  as Scripture seems to require.

Not everyone has an enemy—that is, someone who has wronged you repeatedly, maliciously, without regard for your well-being. If you have one, the work of forgiveness begins  with a prayer to  remember God’s  grace toward  you. One of the  Holy Spirit’s tasks  is to “convict the  world of guilt in  regard to sin and  righteousness and judgment” (John 16:8). He alone can bring about the change of heart necessary to see your own sin, to recognize Christ’s righteousness, and to see that judgment belongs to God alone.

Application: Most of us have no enemies, but we should prepare our hearts for the hard work of forgiving as the Amish do, working forgiveness into the corners of our life. Take the initiative when someone wrongs you. Ask God to show you your sin and remind you of His grace. Sooner rather than later, seek the person out, and, mindful of your own faults, ask for and extend forgiveness. Pray for the well-being of the wrongdoer—not just that he’d see the error of his ways, but that God would protect and prosper him. Offer mercy quickly, leave justice to God, and make sure you don’t allow resentment to find fertile soil.

What If the Trouble Is In Me?
Sheila Walsh

How to Know Who Your Real Friends Are
Dr. Jack Graham