The Famine That Never Happened 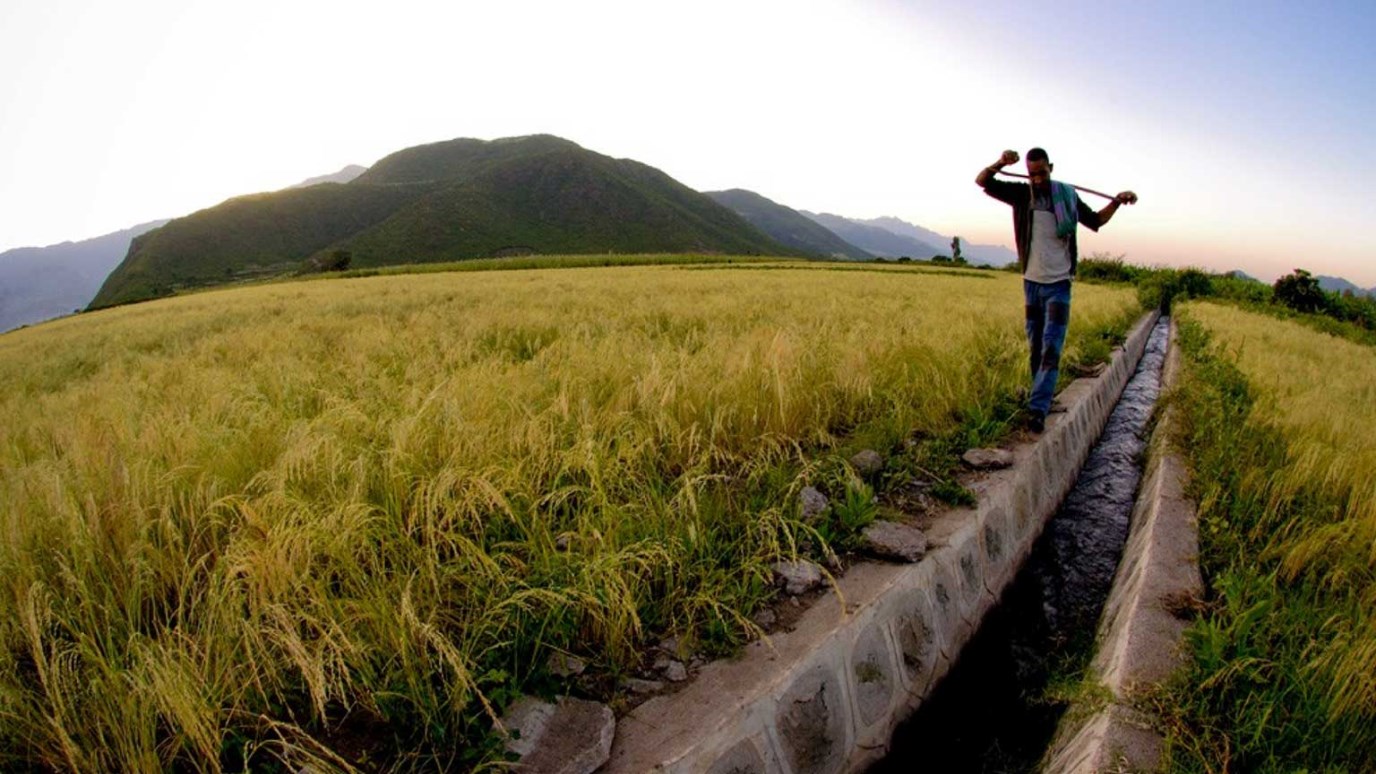 Always remember this: God loves to take a hopeless, impossible situation and turn it into a source of abundance and joy.

Always remember this: God loves to take a hopeless, impossible situation and turn it into a source of abundance and joy.

It was through an old and tired woman, Sarah, whom God chose to give birth to Isaac. It was only when Gideon’s army was culled to just 300 men that God gave them victory against a swarm of Midianites (Genesis 21; Judges 7).

Of course, Jesus is the greatest illustration of our God who works the impossible. After promising to reconcile God with his people, Jesus was sent to die on the cross. When the situation seemed its most hopeless, with Jesus still in the tomb on the third day, God dramatically turned the tables. Jesus arose from the grave.

Working in impossible situations, World Vision gets to see the God of impossibilities in action. Today, the worst drought in 60 years has caused tremendous suffering and has threatened the lives of millions in the Horn of Africa. But there is hope and life in the communities where God gives World Vision the privilege to work.

Across the drought region—roughly the size of all U.S. states east of the Mississippi River—World Vision operates in 87 areas, helping communities gain self-sufficiency and resilience to drought. Through water and irrigation projects as well as conservation and agriculture techniques, these communities are less susceptible when the rains fail.

We thank God that no child in a World Vision-supported community has died because of the region’s drought. For these areas, this is a famine that never happened. As the psalmist wrote, God “turned the parched ground into flowing springs.”

In these 87 communities we are doing the same kind of work we did following the Ethiopia famine of the 1980s. At that time, in Ethiopia’s Antsokia Valley, deforestation and erosion had made it a valley of rock and dust. When the rain failed, the land produced nothing. During the famine, locals—many of them near starvation—asked World Vision to help.

World Vision remained in Antsokia Valley long after the world’s attention turned elsewhere. We worked alongside locals for three decades. Now, the region once hard hit by famine has become a garden.

Orange groves, maize, sorghum, and grazing farm animals blanket the valley today. In the shadow of the surrounding hills, 20 million trees nourish the soil and bring income as farmers sell their fruit. More than 90 percent of the valley’s children are in school. God has turned the parched ground into flowing springs.

During a more recent drought in 2000, farmers in Antsokia provided food for other regions in Ethiopia. The formerly dry valley became an oasis amid drought. This year World Vision will phase out its work in the valley. We’re no longer needed, as the farmers there are reaping “a fruitful harvest.”

Today, the hunger crisis in the Horn of Africa, especially Somalia, has seemed as hopeless as the Antsokia Valley did 30 years ago. But I believe God is already rolling the stone away from the tomb. Where things seem most desperate is where God is “turning the desert into pools of water.”

As you will discover in this issue, God is working amid the famine. In World Vision communities, farmers are learning how to conserve water and promote rain by planting trees. Communities are working to become drought resistant. And we are reaching out to those who are hurting because of the famine, providing health care, food, and emergency supplies.

This work is changing the future. Years from now, we’ll be talking again about the famine that never happened.

Pray for Women Who are Abandoned
World Vision