The Doctrine of Hell 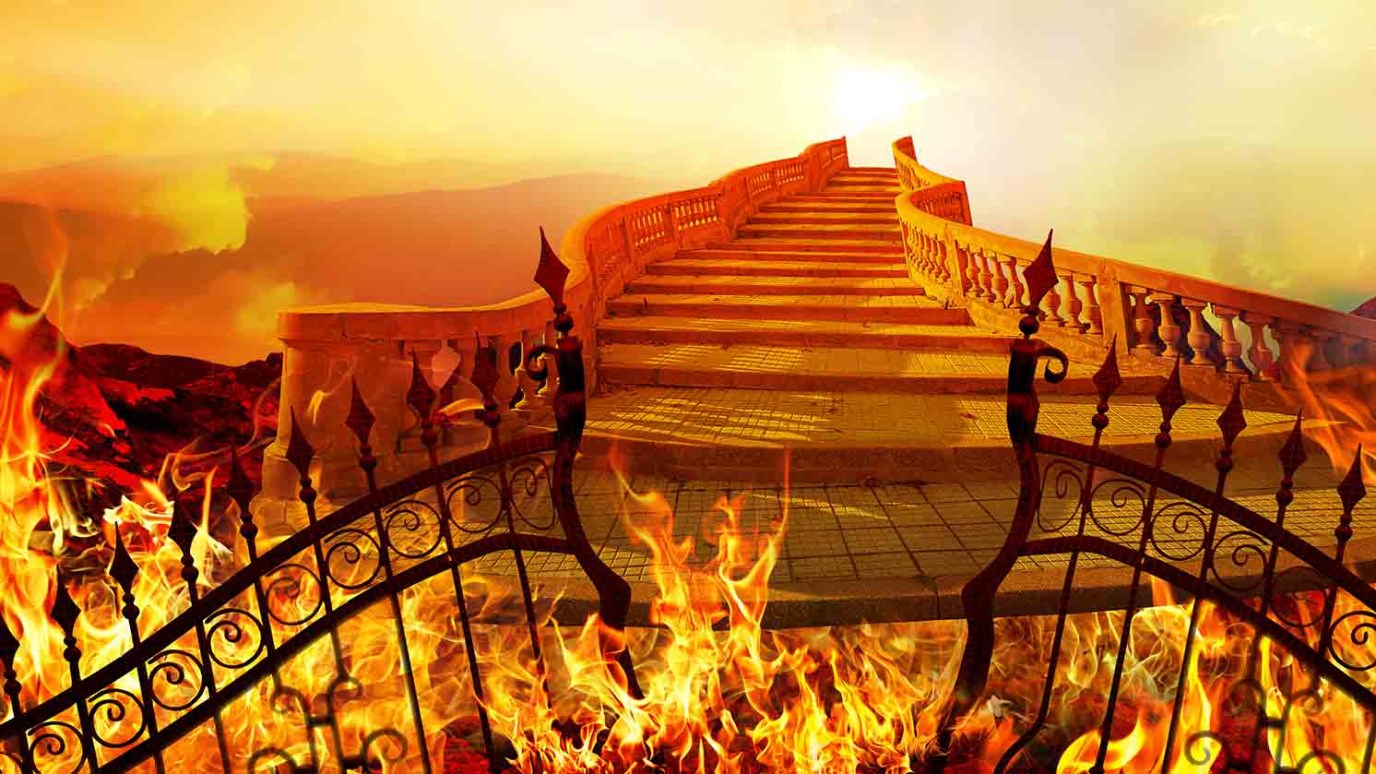 The doctrine of hell has become uncomfortable teaching in the church, watered down and treated like the embarrassing uncle of the family that we want to hide from the public.

I spent some time in October examining eternity and writing on how our belief in the existence of heaven should shape the decisions we make in everyday life.

Unfortunately, these two Biblical teachings -- defined simply as the doctrine of hell -- have become uncomfortable teachings in the church, often resulting in theological debate. They’ve been watered down and treated like the embarrassing uncle of the family that we want to hide from the public.

I have a theory as to why this has happened: we neither take the holiness of God seriously or the sinfulness of sin seriously. If we meditated on the stunning nature of the absolute perfection of God, and if we meditated on the dark, horrendous, heinous, ugliness of our sin, I’m deeply persuaded that we would have a different response to what the Bible says about hell and judgment.

WHAT DOES THE BIBLE SAY?

In Matthew 25:31-46, Jesus talks about hell and the final judgment. I won’t include the entire passage here for the sake of space, but let me reference a few key phrases: "He [the Son of Man] will sit on his glorious throne [...] and he will separate people one from another as a shepherd separates the sheep from the goats [...] Then he will say to those on his left, 'Depart from me, you cursed, into the eternal fire prepared for the devil and his angels [...] And these will go away into eternal punishment, but the righteous into eternal life."

There are 3 principles of morality that you need to grasp in this passage:

According to Christ, there's no such thing as moral elasticity. In other words, there's no middle ground when it comes to your desires, actions, and words. Just like there are goats on the left and sheep on the right and nothing in between, there are wrong and sinful decisions that disobey God and there are right and holy decisions that glorify God and nothing in between. You live in a world of right and wrong; every decision you make is moral and falls into one of those two buckets. There is no middle bucket.

If you live in a world of right and wrong, then there has to be a definition for what is right and what is wrong. The Bible never provides an opportunity for moral relativism to exist, where everyone can define what they think is right and wrong. Rather, this passage teaches us that only One has defined the difference between right and wrong - the Son of Man - and we have been given that definition in the Word of God.

Finally, every moral choice in this life has vertical implications. You never make a decision that only affects another person; everything you desire, say, and do is an affront against or a praise to the Lord. When you scream at your spouse or cheat a co-worker, you're not only sinning horizontally against another human - you're sinning vertically against the God.

The best summary of this principle is found in Psalm 51:4, when David says, "Against you, you only, have I sinned and done what is evil in your sight." David did horrible things to Uriah and Bathsheba, but before he confessed of his horizontal sin, he knew that he needed to confess of his vertical sin -- spiritual adultery against God.

5 APPLICATIONS FROM THE DOCTRINE OF HELL

Maybe you're reading this article and thinking, "Paul, I already believe this about hell and judgment." Praise God that your brain is theologically aware, but what about your heart? Here are 5 things that your heart should be producing every day when it meditates on the doctrine of hell:

1. The doctrine of hell should produce grief. It should break your heart that there are those living with or around you who are marching towards a God-separated eternal punishment. You cannot celebrate the reality of heaven without grieving over the reality of hell. Does your heart grieve over those who are perishing?

2. The doctrine of hell should produce zeal. If the doctrine of hell produces grief, it also must produce zeal to share the Gospel of rescuing grace with those who are perishing. Day after day you brush shoulders with people marching towards doom, and you've been sovereignly positioned by God to brush shoulders with them. Is your heart zealous to share the Gospel?

3. The doctrine of hell should produce thankfulness. You should never take pleasure in the death of wicked people (Ezekiel 18:23), but you should be thankful that final justice is coming. Is your heart broken by the injustice that occurs everyday in your world? Does your heart cry out, "Lord, how long until the pain of this world is no more?"

4. The doctrine of hell should produce celebration. You should daily celebrate the fact that you're not marching towards hell, but this celebration should not be self-righteous or proud. You could never behave your way out of hell. It's only by the grace of God that you became aware of your sin, desire to live a righteous life, and have the ability to make God-glorifying moral decisions.

5. The doctrine of hell should produce prioritization. Eternity reminds us of what is truly important in this life. When you meditate on the reality of heaven and hell, you will rearrange your value system. A believer who meditates daily on the doctrine of hell will invest much more into the Kingdom of God than the kingdom of self.

I'll be honest -- I don't wake up every morning and immediately meditate on the doctrine of hell. My heart often meditates on what I'll have for breakfast and what the weather outside is doing! My selfish heart is not naturally captivated by grief and zeal for the lost.

But here's the beautiful thing about God's grace. The same grace that saved me and you from eternal damnation will greet us every morning. It will remind us that hell exists, it will produce in us a desire to live an eternally-focused life, and it will give us the desire and ability to act accordingly. Confess your need for that grace once again, and watch what God will do!

Proclaiming the Good News
Dr. Charles Stanley
Follow Us
Grow Daily with Unlimited Content
Uninterrupted Ad-Free Experience
Watch a Christian or Family Movie Every Month for Free
Early and Exclusive Access to Christian Resources
Feel the Heart of Worship with Weekly Worship Radio
Become a Member
No Thanks