The Difficulty with Genesis 1:1 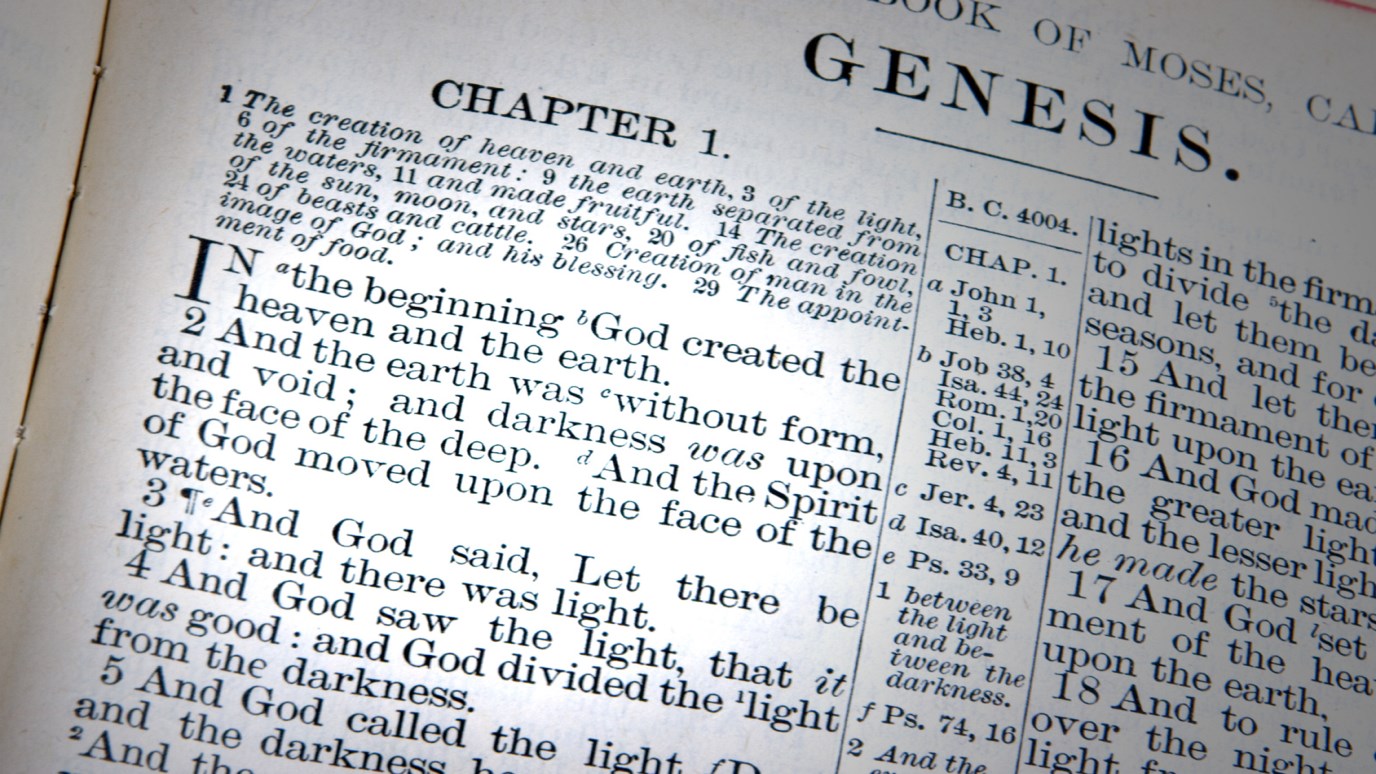 Sean McDowell shares with us evidence which confirms that God is the Creator of the universe.

In the beginning God created the heavens and the earth (Genesis 1:1).

Difficulty #1: Doesn't science claim the universe is eternal? If so, how can it have a beginning?

Explanation: The First Law of Thermodynamics states that matter and energy can be changed from one form to another, but it cannot be created or destroyed. For centuries scientists believed the universe was uncaused and eternal.

In the early part of the twentieth century the scientific community was confronted with the ramifications of Albert Einstein’s general theory of relativity. Like most scientists of the day, Einstein assumed the universe was static and eternal. Yet his mathematical equation of relativity pointed strongly toward a universe that was either expanding or contracting. While this seemed to unsettle him, Einstein later accepted that the universe had a finite past. Why did he change his mind?

In 1929 cosmologist Edwin Hubble used his hundred-inch telescope to demonstrate that light from distant galaxies was shifting toward the red end of the light spectrum. This meant that the universe was expanding in all directions. This was a powerful confirmation of Einstein’s findings that the universe is not static but at some point in time had a beginning. 1 This first moment of existence is now referred to as the singularity, which is an edge or boundary to space-time itself. According to Professor Paul Davies at Oregon State University, “For this reason most cosmologists think of the initial singularity as the beginning of the universe.”2

This doesn't mean that all scientists necessarily accept God as the best explanation for the beginning of the universe, but most now believe that the universe began to exist at a finite point in the past. It appears that many in the scientific community have caught up with the biblical declaration that “in the beginning…” (Genesis 1:1).

Difficulty #2: Is there any evidence that God did in fact create the universe?

One of the evidences that God created the universe is what is often referred to as the first-cause argument for God’s existence, or the cosmological argument.

The idea is that everything that begins to exist must have a cause. So if you go back in time far enough you will find the first cause—and that cause will be an Intelligent Creator. Actually this argument has three premises:

Whatever begins to exist has a cause.

The universe began to exist.

Therefore the universe has a cause.

The first premise seems self-evidently true. Can you think of something that comes from nothing? Some try to evade this problem by defining “nothing” as a quantum vacuum. But even vacuums aren't technically nothing. They have energy and quantum particles, which is something. We have no empirical evidence of something emerging without a cause from absolute nothing. The ancient Greeks were right when they said, “Out of nothing, nothing comes.” It certainly seems more reasonable than to not believe that things that begin to exist have a cause.

The last premise builds off the previous two: The universe has a cause. This can lead us then to a conclusion based on the question, “Who caused the cause?” We can derive our answer from the origins of time, space, and matter. It is logical to conclude that since time, space, and matter did not exist prior to the beginning of the universe, then the “cause” of the universe had to be timeless, spaceless, and immaterial. Further, this “cause” could not be physical or subject to natural law since that would presuppose its existence involved time, space, and matter. This then leads us to conclude that the timeless, spaceless, immaterial “cause” was in fact God.

What Scholars Say About the New Testament
Josh McDowell

Challenging the Word of God
RZIM

Being a Christian
Dr. Ed Young
Follow Us
Grow Daily with Unlimited Content
Uninterrupted Ad-Free Experience
Watch a Christian or Family Movie Every Month for Free
Early and Exclusive Access to Christian Resources
Feel the Heart of Worship with Weekly Worship Radio
Become a Member
No Thanks