The Dark Side of the Spectrum: Asperger's and Depression 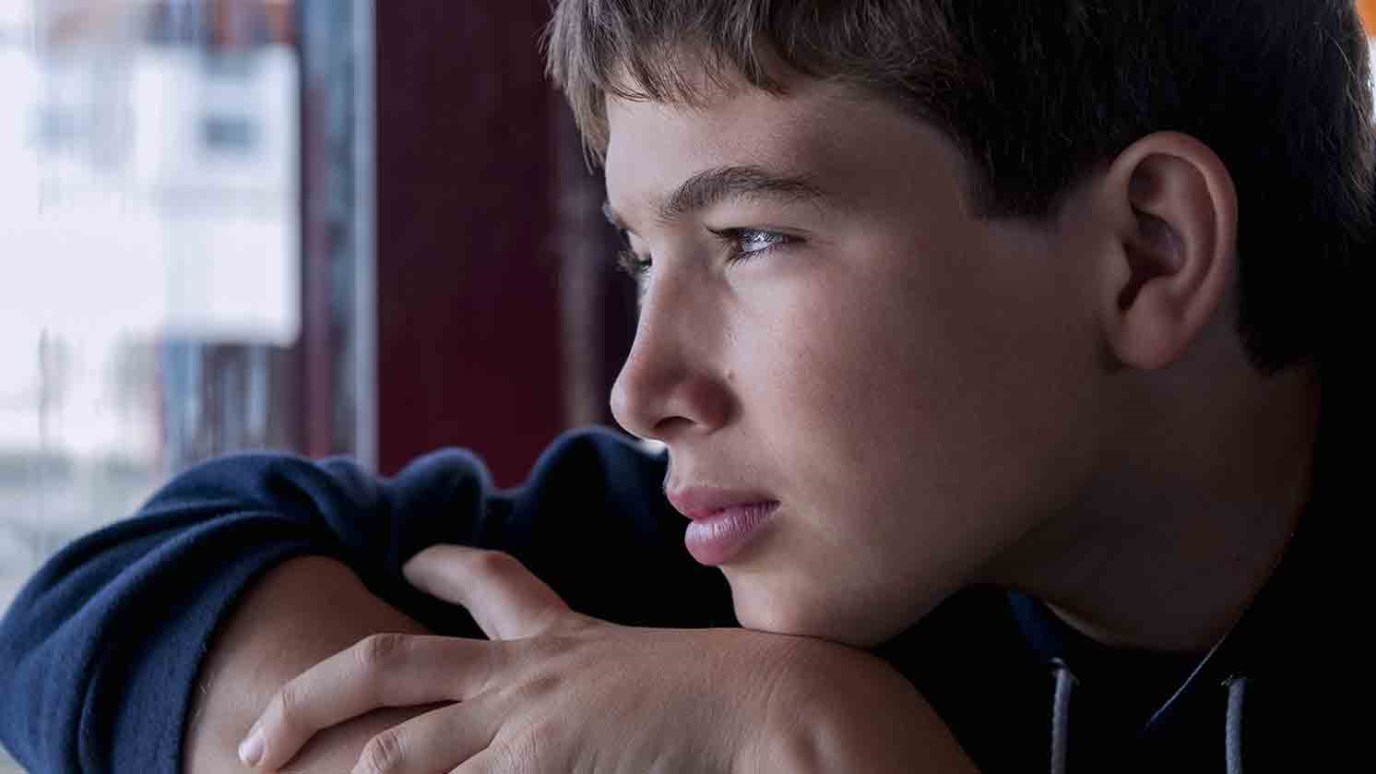 My son’s depression does not make him less-than, any more than his autism does. That some corners of Christendom judge those who struggle with issues of mental health has always been a wound to me.

“The spirit of a man will sustain him in sickness, but who can bear a broken spirit?” (Proverbs 18:14)

HE DIDN’T CRY WHEN THEY SHOWED HIM TO ME.

Not right away. The nurses rubbed and patted and turned him head down and rubbed some more. When they finally coaxed a cry from him, the relief pressed me down like an anvil into the bed where I waited for him.

He chases the dog with whirring feet up the driveway to the basketball hoop where he ignores her piercing barks to pound and pound the gravel with a yellow basketball.

He has a flight of freckles on his nose—pale and scattered—and perfectly-straight, over large teeth. His hair is thick and sand-blonde. Enviable. He loves his books and words, science, music, and the water. He loves experimenting with things that will make a mess. Messes are good, but then he must wash his hands, and wash again so they are clean. Always clean.

MY SON HAS ASPERGER’S SYNDROME, AND WITH IT, DEPRESSION.

The depression is the lurking shadow that dogs him. We “see” his Asperger’s—tics and tendencies, manners of speech and relational quirks. But the depression is its invisible partner that doesn’t appear until he unbuckles his seatbelt and opens the door of our car as we drive at 50 mph down a country highway, sobbing that he “can’t take it anymore.”

When it is particularly bad, he hurts himself, or cries and cannot tell me why. In that way, he is “common” among other adolescents with high-functioning autism. Depression and autism very often go hand-in-hand. In one study, suicide was 28 times greater for those with autism than those with typical development.

It is a terrifying thing to watch him slipping into a flu of the mind. It breaks my mother’s heart to know he’s in pain.

This is the part of autism that is not often talked about. I am “lucky” that he is verbal, and can tell me how he feels. I am “fortunate” that he will take my hand and tell me (in his always-precise way) that he is “deeply depressed.” I remind him that this is a struggle common to man. That the way he feels is OK and not the result of anything he’s done. That no matter what he says or thinks or does, Daddy and I will always love him, but more than this, that he is loved greater still by the God that made him with no errors in construction.

I TELL HIM THAT EVEN THE GREAT MEN OF THE BIBLE SUFFERED WITH MENTAL ANGUISH.

Elijah begged the Lord to take his life. “It is enough; now, O LORD, take away my life, for I am no better than my fathers.” (1 Kings 19:4–5.) David’s depression haunted him his whole life. “I am troubled, I am bowed down greatly; I go mourning all the day long…I groan because of the turmoil of my heart” (Psalm 38:6, 8).

My son’s depression does not make him less-than, any more than his autism does. That there is an epidemic of judgement in some corners of Christendom for those who struggle with issues of mental health has always been a wound to me. A broken mind is no different than a broken bone. Sin causes neither, and both need fixing.

WHEN HE’S IN DEPRESSION’S GRIP, I DO WHAT I CAN TO HELP FIX HIS HURT.

Matt and I coordinate his counseling. We review his medication with his doctor. We check his sleep, his diet, his grades. We look for clues in him like a travelers scanning a map.

In the end, I can only remind him that an eternal God sees his temporary pain. I know he doesn’t always listen to me when he’s dragged under by despair. But maybe he hears me. I pray he does. I pray his heart hears what his mind can’t fathom. And in that way – yet again – my son will make it through.

The Danger of Sadness
Jim Cymbala

Beginning Again: Bringing Your Best
Jeff Manion
Follow Us
Grow Daily with Unlimited Content
Uninterrupted Ad-Free Experience
Watch a Christian or Family Movie Every Month for Free
Early and Exclusive Access to Christian Resources
Feel the Heart of Worship with Weekly Worship Radio
Become a Member
No Thanks