The Crazy Cycles Between Managers and Employees, Part 1 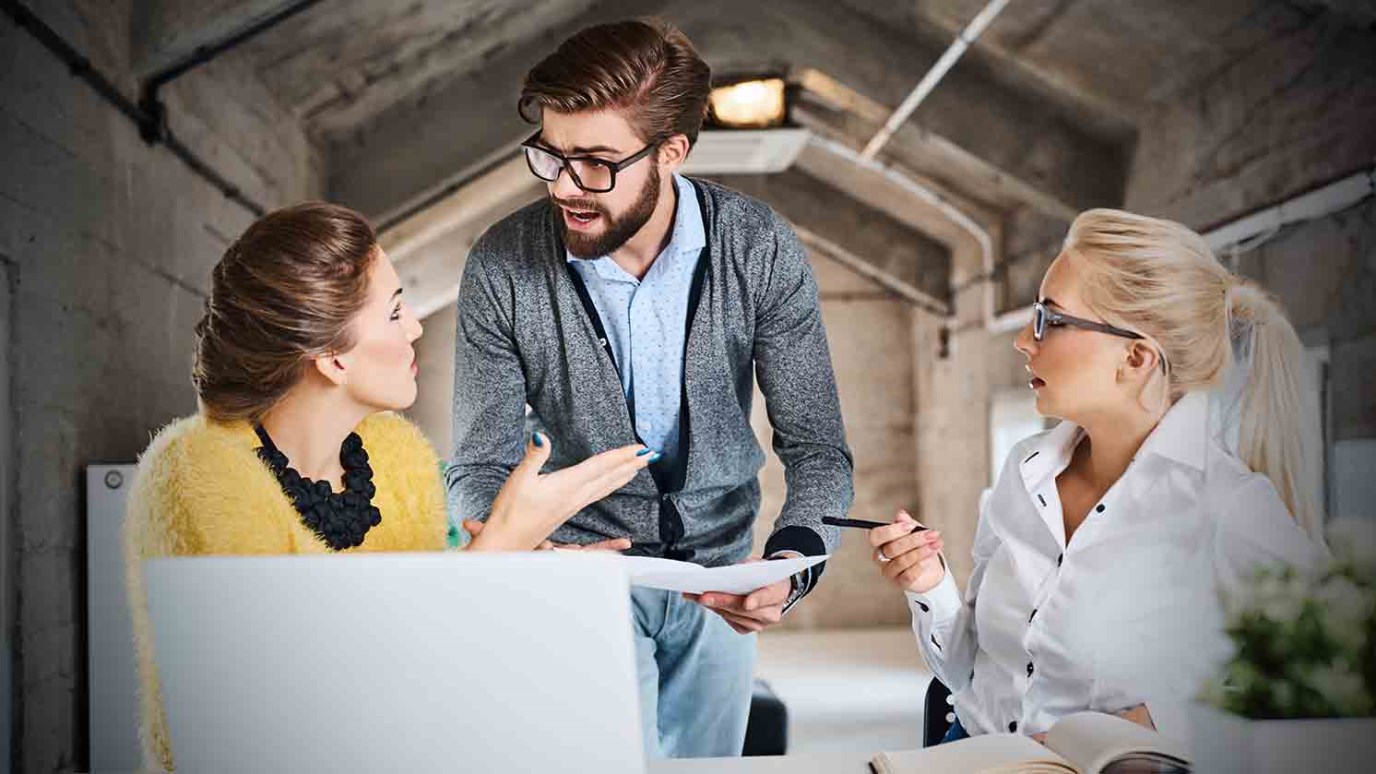 I believe men and women need love and respect as human beings in the workplace. Though there are daily demands to fulfill the mission of the organization apart from these emotional attitudes toward each other, I do not believe that a company will perform well when the men and women get on what I call the Crazy Cycle. Without love (“caring” would be a better term for the workplace) a woman reacts without respect, and without respect a man reacts without love (without caring).

These reactions are the root reason for the ongoing conflicts between management and employees  when there is a chronic craziness. The topics on the table are secondary when the inner feeling one or both have is, “You really don’t care about me or respect me.”

What about the male manager toward the female employee?

The male manager can be an honorable man who appears unloving to a female employee. The female employee can react in a way that appears disrespectful to him. The Crazy Cycle.

A male manager I knew had one hundred women under him but many were quitting. They were coming into his office saying, “I am resigning because you don’t care!” He told me his disbelief about this since he felt that he did care in that he paid them well, gave bonuses, and had great benefits. But it came out that he couldn’t care less about their personal problems on the home front. He felt that had absolutely nothing to do with their job and he made it known that their personal concerns needed to be left at the front door. Period. This was not a place for hand holding.

During our discussion, it came up that in another division of the same company he had a peer who also had around one hundred women under him but none was quitting. I asked, “Does this guy express concern about the families of these women? For instance, does he ask Kelli how her 16-year-old boy is doing in algebra?” This guy said, “Yeah, he does that all the time plus writing thank-you notes and making announcements about special things happening among the women, like to remember Mary’s grandmother who is in the hospital this week for a slight stroke. But I don’t have time for this and feel it is wrong on company time.”

So I had to tell him, “Well, when women feel you care, they are so loyal you won’t have turnover, so the time you think you’re wasting doing this kind of thing pales compared to all the time you have to spend re-hiring and training.”

This supervisor was experiencing the Crazy Cycle because the women were not really assured that he cared about what matters to them.

What about the female employee toward the male manager?

A female employee had been removed from the management team. For months afterward, she viewed the CEO as uncaring, unloving, and disrespectful toward her. When she spoke with me, it came up that one day she had angrily and disrespectfully vented at the CEO during a management meeting with all men present. And this was not a one-and-done event but a pattern.

She felt like a sister to all of them and oftentimes let herself give way to a dramatic display of emotion. After our time together, she realized she had dishonored him and undermined the trust between them. She realized she had been way too disrespectful for way too long. She had not intended to be disrespectful but desired only for the CEO and management to hear her heart’s concern when she passionately shared her views.

What about the male manager toward the male employee?

The male manager can be an honorable man who appears uncaring (and disrespectful) to a male employee.

A coach of a professional athletic team utterly frustrated several of his key players by treating them in ways that resulted in them feeling he didn’t care, and because he didn’t care they felt hugely disrespected. One such player came into the president’s office demanding that he be traded. About the coach, he said, “He’s always dissing me.” Of course, when the coach learned of this, he too felt hugely disrespected and this resulted in them spinning on the Crazy Cycle.

The president of this professional team invited me to come down a couple of times and meet with him, the coach, and the players about these issues.

When this kind of thing spreads among men, mutiny can arise. Employees can demand they throw the leader overboard, or the employees threaten they will jump ship. When employees feel unjustly treated and dishonored as men, insurrection is not too far around the corner.

A professional athlete complained and criticized about not having certain desserts on the vehicles transporting them from city to city to play ball. The childishness of this complaint sent the coach through the roof. With all he had caringly given to this player, and the amount of money being paid to him, he was in disbelief over this immaturity. This coach felt offended and disrespected. This was not honoring to him as a coach or as a man.

This put them on the Crazy Cycle. The player did not feel he was cared for and the coach felt disrespected way beyond what was allowed. They spun on the cycle.

This player eventually went elsewhere when his free agency kicked in.

In other writings, Emerson has said, “Who moves first? The one who sees himself or herself as the most mature.” How could this apply between a male manager and male employee, both of whom are driven by respect?

Timing and Leadership
Dr. Mark Rutland
Follow Us
Grow Daily with Unlimited Content
Uninterrupted Ad-Free Experience
Watch a Christian or Family Movie Every Month for Free
Early and Exclusive Access to Christian Resources
Feel the Heart of Worship with Weekly Worship Radio
Become a Member
No Thanks