The Craft of Stability 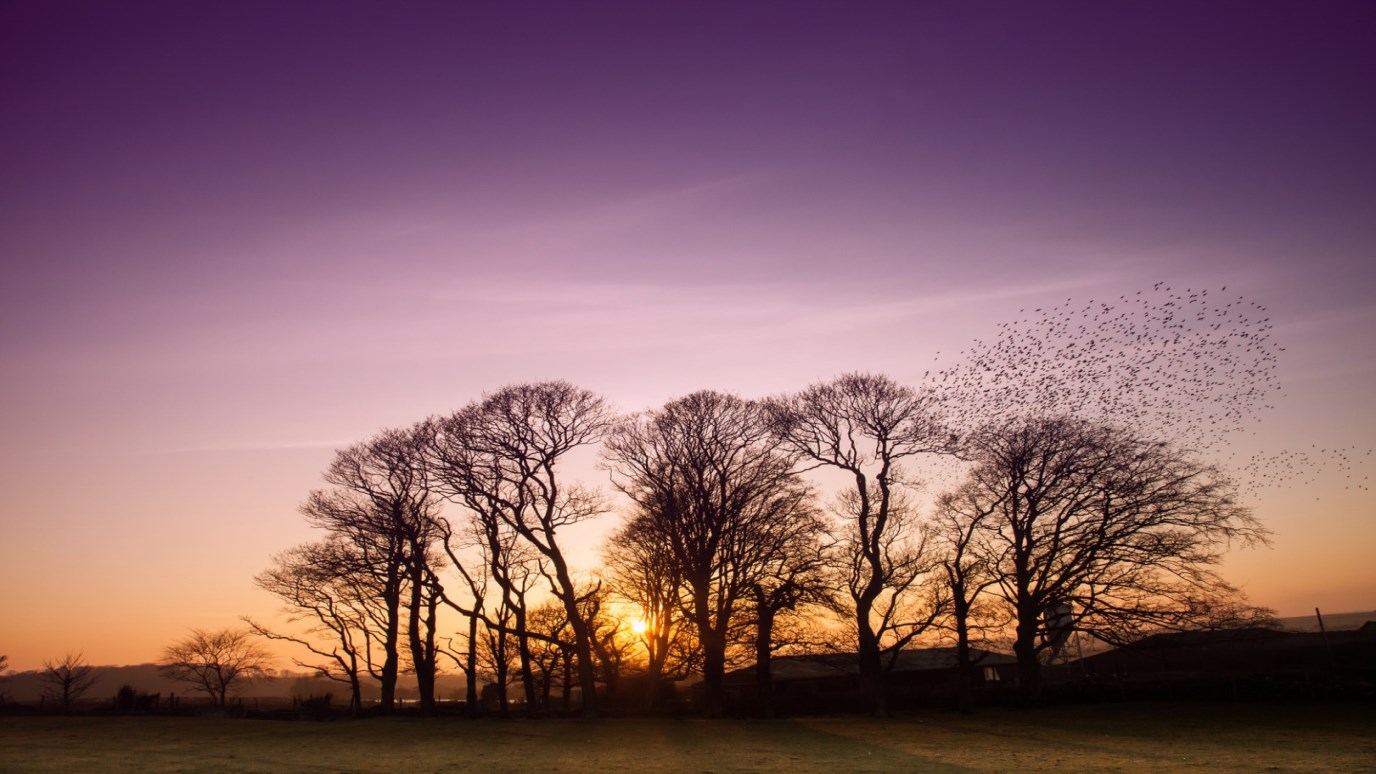 The sun is setting beyond the trees of Walltown, a historically poor and crime-ridden neighborhood in Durham, North Carolina. As the streets darken, they quiet to the hush of leaves and branches rocking in soft wind. Through the window of one house, a light shines out to the yard. And inside, Jonathan Wilson-Hartgrove settles into an armchair. He’s tall even when seated and has a look of thoughtful reflection on his face. It’s time to pray.

The other members of Rutba house—the intentional Christian community the 29-year-old Wilson-Hartgrove leads—are gathering around him in the living room for evening prayer. It’s a nightly occasion with a morning counterpart. These two daily meetings mark their common life, as does the weekly potluck they’ve just consumed— tonight, spaghetti Bolognese, homemade bread, and strawberry shortcake.

A look around the room shows men and women in their 20s and 30s, each committed to doing life one way: together. They sit on chairs and couches lining the walls, and on the green rug angled across the floor.

“Naked I came from my mother’s womb,” they say in unison, “and naked shall I return. The Lord gives and the Lord takes away. Blessed be the name of the Lord.” It’s how prayer begins each night—with the recitation of Job 1:21.

Eating and praying together are just two facets of what makes Rutba’s community “intentional.” They also share groceries, 40 percent of their income, household chores, living space, and ministry efforts. The group occupies three houses in the neighborhood—two residences and the third where Wilson-Hartgrove keeps his office and other Rutba members tutor and mentor local children. Some members are married and have young children of their own, like Jonathan and his wife Leah. Others are single. All live an integrated life—a family by choice, seeking to do as the apostle Paul admonished. They’re striving together to work out their salvation in the body of Christ, with fear and trembling.

Rutba house—named for a town where Jonathan and Leah experienced hospitality while traveling through Iraq—is an evangelical community rooted in the Protestant tradition, and Wilson-Hartgrove is an ordained Baptist minister. Yet each member agrees to live according to the group’s “rule of life.” This set of values and practical guidelines for living in community is borrowed in part from a sixth-century monk named Benedict of Nursa (founder of the monastic order known today as the Benedictines). Undergirding all of Rutba’s efforts is a fundamental belief in one of benedict’s key principles: the importance of stability to Christian life.

Lasting impact requires putting down roots, and a commitment that withstands the inevitable difficulties encountered when people live and work closely together.

Sitting on the porch overlooking the neighborhood, Wilson-Hartgrove tells how he ended up here in Walltown. “I really felt the best thing I could do was to become President of the United States for Jesus,” he says. “So I set my sights on that and got involved in politics at home, and then in Washington, D.C., working as a page for Senator Strom Thurmond. I even got myself a non-voting seat on the school board. I had this strategic vision for society and the world around me, and I wanted to maximize my potential to make the biggest difference possible. Even as a teenager, it sent me running all over the place.”

He was involved in church missions too. By his final year of high school, Wilson-Hartgrove had traveled to Africa to help build orphanages for AIDS victims, and to South America to minister to children. Eventually he was appointed as a young ambassador to Germany for his last year of high school, with the U.S. government footing the bill. “I was racking up frequent flyer miles for Jesus,” he says. “I felt like I was going somewhere, doing something important.”

But the luster of constant motion began to dull. An encounter with the homeless of Washington, D.C., spawned disillusionment about the ability of worldly power to make a difference. “I was haunted by that verse I memorized in the King James as a child—‘Inasmuch as ye did not do it to the least of these my brethren, you did not do it unto me,’ (Matt. 25:45)—because I didn’t know what to do when homeless folks asked me for money.”

Combined with his increasing awareness of the poor was a growing frustration with the prominent figures he observed on Capitol Hill. “I was disappointed by how most of the people I met working in senators’ offices and senators themselves weren’t doing it for great reasons. All of that started me asking questions: Maybe I missed the point? Maybe I need to go back and reconsider?” Those thoughts led to working with people on the streets, and ultimately his first exposure to Christian community in the form of hospitality houses for the homeless.

“I was taken by Christian community,” he says. “But I realized that it was incredibly fragile, and it needed something longer-lasting than saying, ‘We need to be Christians like they were Christians in Acts 2 and 4.’”

That conviction sent Wilson-Hartgrove searching. He found his answer in ancient monastic wisdom and communal life—an unlikely influence for a Southern Baptist, but one that has made all the difference. “I started reading monastic literature and realized, oh, there have been people committed to stability, thinking about stability, and praying their way into this practice for centuries,” he explains. “There was a lot to draw on.” He and Leah founded Rutba house with a handful of people in 2003. They all agreed to commit to one another and their chosen place for life. Unless God tells them otherwise, they’re not going anywhere else.

“When we moved to Walltown, I began to see that it takes time to build trust,” Jonathan explains. “That’s a huge thing for making any kind of difference in people’s lives in a neighborhood. The systemic problems that we are dealing with—whether it’s economic issues or the long-term effects of racism—these are generational sins that have been going on for a long time. You’re not going to start something that reverses all that over night. That got me interested in stability as a call for our time and for the kind of work we feel called to.”

Wilson-Hartgrove believes this sort of commitment is necessary for seeing change in any kind of community—urban, suburban, or rural. Lasting impact requires putting down roots, and a commitment that withstands the inevitable difficulties encountered when people live and work closely together. Not only that, but it’s vital to a holistic understanding of the gospel.

“I’m convinced that we don’t fully comprehend the gospel until we have been forgiven for something particular, not just general forgiveness for general sins,” he says. “I had to live in community to learn the parts of my personality that hurt other people and hear them say, ‘We still love you and we’ll keep living with you.’ That made the gospel real for me.”

Running away from conflict is never the answer. “Growth is dependent on staying and dealing with stuff, not fleeing. There’s a lot of infidelity in society that’s rooted in our lack of commitment to particular people in particular places. And stability is a call to learn how to stay in ways that are healthy.”

Wilson-Hartgrove likens gospel-focused stability in community to a craft one learns over time. “Craft is what you learn by apprenticing yourself to somebody who does something quite tangible, like wood-working, pottery, or plumbing. You learn the craft from doing it with your own hands and watching a master,” he explains. “If you want to be a disciple, what we’re talking about looks a lot more like learning to be a carpenter than becoming an expert in some theory or philosophy.”

In other words, we don’t make any progress by sitting around and talking about stability or community. If we want to grow, we have to take action. “That’s not to say reflection doesn’t matter,” he clarifies. “Craft isn’t anti-theological or anti-intellectual. But it makes those things secondary to the more immediate task of learning to live and die in the way Jesus taught us, so that we can participate in the new life he has made possible.

“My sense, in this particular moment of incredible, hyper-mobility in the First-World context, is that we really need stability,” he says. “A lot of folks are wondering, Where is home? And that’s not just a human need; it’s a deeply spiritual need for a place to belong and put down roots to grow up in Christ.”

The waning light of dusk has darkened to night. Wilson-Hartgrove sits forward in his chair and begins to read a hymn from the early church, while the others listen in agreement. In an easy southern drawl, he calls out the ancient words—one of many parts the evening prayer meeting will contain: “now as we come to the setting of the sun, and our eyes behold the vesper light, we sing praises, O God: Father, Son, and Holy Spirit. You are worthy at all times to be praised by happy voices, O Son of God, O Giver of life, and to be glorified through all the world.”

And then, as he finishes, they begin singing. It’s a song learned in the neighborhood church around the corner. They lift their voices. Wilson-Hartgrove keeps time with one hand on his knee. They’re sure of the words:

Walk in the light, the beautiful light. Come where the dewdrops of mercy shine bright. Shine all around us by day and by night, Jesus, light of the world.

Will You Raise a Barrier?
Shana Schutte