The Challenge of The Cross: Part Two 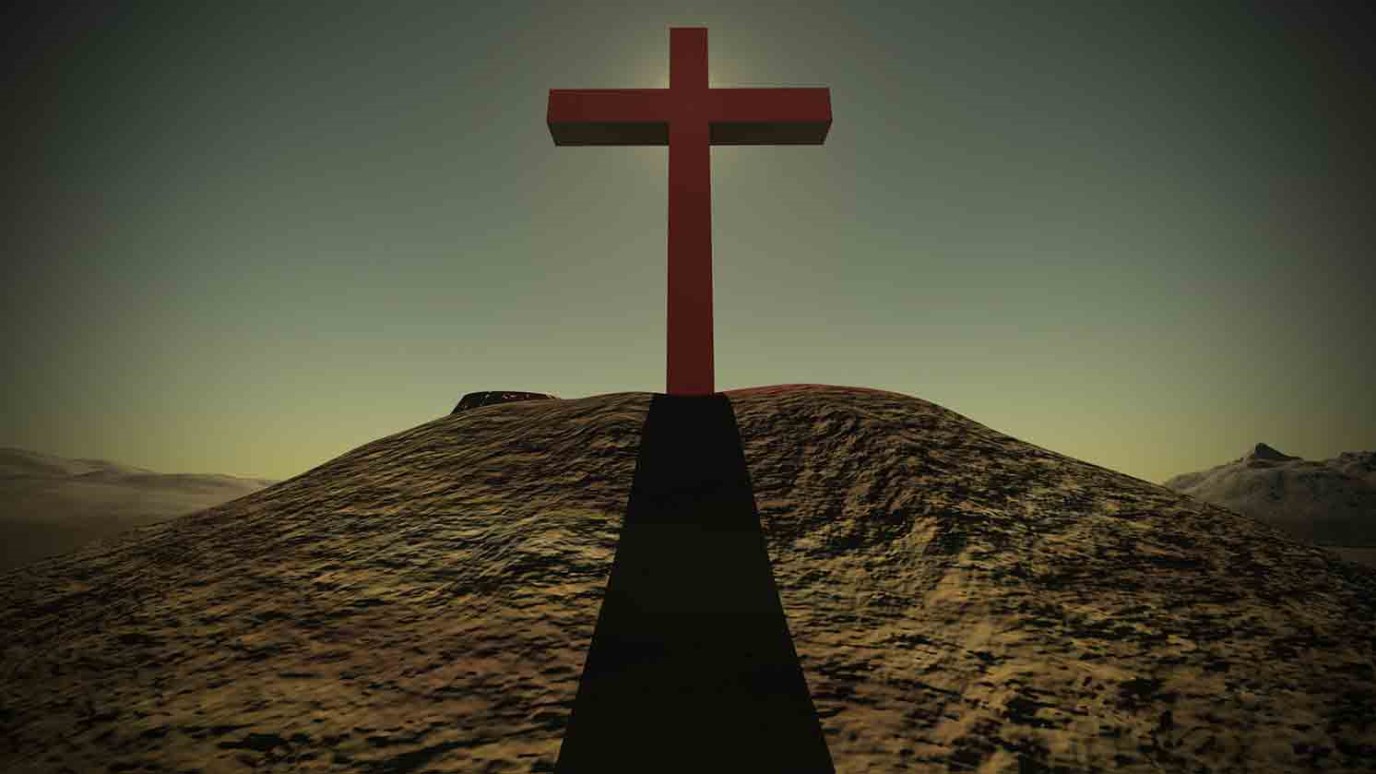 When Jesus came to earth, His whole ministry was focused upon the cross. He set His face like a flint to go to Jerusalem, where He knew the cross was awaiting Him.

George Muller, that remarkable man of prayer, who established orphanages and maintained them on faith, experienced wonders through prayer over and over again.

But when Muller was asked the secret of his service, he replied, "There was a day when I died." And as he spoke, he bent lower and added, "Died to George Muller, his opinions, preferences, tastes, and will; died to the world, its approval or censure; died to the approval or blame even of my brethren or friends; and since then I have studied only to show myself approved unto God."

This is what the Lord Jesus meant when He said, "But if it die, it bringeth forth much fruit" (John 12:24).

Verses 27-30: Then suddenly, the mood changed. A moment before our Lord had been elated: "The hour is come, that the Son of man should be glorified" (v. 23). But, in verse 27, we can almost see the clouds of darkness hovering over Him.

Perhaps He began to consider afresh, because of its increasing proximity, the horror of the cross. Certainly our Lord's death never came as a surprise to Him, as some have suggested. The cross had been planned in the mind of God from all eternity. It was designed that God the Son would adopt the form of humanity and die on a cross for sinners.

When Jesus came to earth, therefore, His whole ministry was focused upon the cross. He set His face like a flint to go to Jerusalem, where He knew the cross was awaiting Him. Yet, it must not be overlooked that He was human. Perfect humanity, it is true! But human, nevertheless. Our Lord was no automaton who could endure pain and suffering without any feelings.

Thus, even the thought of the cross must have filled His holy soul with revulsion. The physical agony would be horrible enough, true! But the agony of soul which would be His probably seemed unbearable in prospect. For the Father would abandon His Son as He bore our sins on the cross. The vision of this suffering was enough to make the Saviour troubled. Is it any wonder that He said: "Now is my soul troubled"?

Yet, not for a single instant did His determination waver. In eternity, before time commenced, when the plan of redemption was charted, He was the same as He is today. (See Hebrews 13:8.)

This was the eternal plan and there can be no thought of change, no turning back. Jesus could not have turned back because He would not turn back. His heart of love ever urged Him forward. So, He said, "Shall I ask to be spared from this hour? Never! It was for this purpose that I came to this hour. Therefore, Father, My request is, Glorify Thy name!" (See vv. 27-28.)

The response which came upon Jesus' restatement of His purpose-the answer to His petition for the glorification of the Father's name-was variously interpreted (v. 29). Some said a storm was brewing and it had thundered. Others felt it was the voice of an angel.

So do the unregenerate hearts of men always misinterpret the voice of God. When God speaks, man gropes about for some natural, scientific or pseudospiritual explanation which will nullify the effectiveness of the divine message. Jesus said, "This voice came not because of me, but for your sakes" (v. 30).

Verse 31 contains two very bold statements: (1) The world is judged; and (2) The ruler of the world shall be cast out. Taken at face value, these are two very difficult statements to understand. For, after Christ spoke these words, there was no thunderous explosion or clap of doom that might indicate the judgment Day had arrived.

Through the years since, there does not seem to have been any lessening of evil in the world which might indicate that Satan has been dethroned. Furthermore, our Lord said that in His being "lifted up" He would draw all men to Him (v. 32). Over 1,900 years have passed, and the world still seems a long way from having been "drawn to Christ."

Paul's testimony was (Gal. 6:14) that he had no glory except in the cross. As he preached to the Corinthians, he determined not to know anything but the Lord Jesus and Him crucified. (See 1 Cor. 2:2.)

When He Said "It Is Finished," He Was Talking About Me
DaySpring