The Challenge of The Cross: Part Three 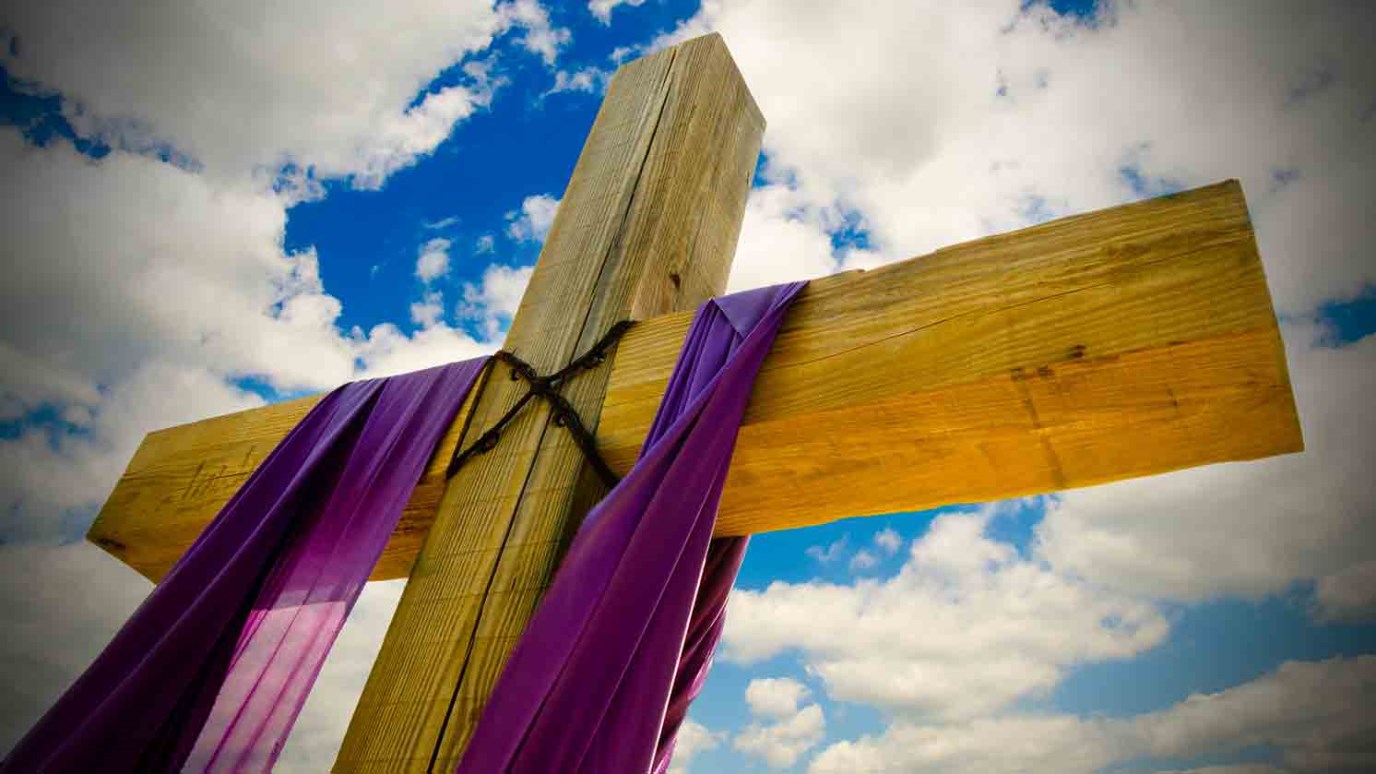 Christ was lifted up on the cross, lifted up from the grave, lifted up at the Ascension. Christ’s resurrection was proof that Satan had no power over death.

There is a strange power in the cross of Jesus Christ. Bloody, indelicate, crude and nauseating though it was, the crucifixion of Jesus Christ has power even today. As Christian witnesses, our responsibility is not to promote "easy living" throughout the world, nor to bring a certain psychological release for mankind's guilt feelings; rather it is to uplift the cross of Christ.

Too many Christians today who are steeped in the Word and are concerned about spiritual things might just as well be atop a 60-foot pillar for thirty-seven years as was Simeon Stylites of the fifth century. We too are virtual hermits. We must keep our lines open to the unsaved. The first rule of winning souls for Christ is to be a sincere friend.

In a sense, the world has been under the curse of God's condemnation ever since Adam first sinned. Yet, in His grace God had withheld His judgment in view of the fact that the Saviour had not been provided in the Person of Jesus Christ. In fact, the Old Testament Hebrew word for "atonement," kaphar, suggests a covering of man's sins by the blood of the slain animals till such time as Christ would come to put away sin by His own sacrifice.

However, once Christ had come, once His offering of Himself on the cross became a reality-the former method of putting sin away by animal sacrifices was ended. Since Christ's sacrifice there is only one way of forgiveness and cleansing from sin through Jesus Christ. Anyone who refuses to come to God by the way of the cross rightly stands under the just judgment of God for sin. (See John 3:18.) Thus, Jesus could cry out: "Now-because of My imminent death on the cross-now, the world stands judged as never before."

And the devil? He was to be dispossessed. Originally, Satan was Lucifer, highest of the angelic beings. (See Isa. 14:12-15.) But he allowed pride to enter his heart and determined to usurp the place of God, "I will be like God!" he said.

Lucifer became Satan by attempting to ascend into heaven. (See Isa. 14:13.) Satan is still in the lower heavens (Eph. 1:21; 3:10; 6:12), an invisible spirit with numerous demons at his beck and call. These demonic forces surround us today and the devil is the "prince of the power of the air" (Eph. 2:2). The Bible teaches us that he will, in the future, be cast from heaven to earth. (See Rev. 12:712.) This will take place during the great tribulation period. Our Lord Jesus Christ once prophetically described this phase of Lucifer's fall. (See Luke 10:18.) And finally, Satan's ultimate destiny and doom will be the lake of fire (see Rev. 20:10) which Jesus said had been prepared for the devil and his associates. (See Matt. 25:41.)

However, Christ signed Satan's death warrant and broke his power over the redeemed when He declared, "Now, because of my imminent victory over the forces of evil, the prince of the world shall be cast out." (See Col. 2:15.) When a person becomes a Christian, he is delivered from Satan's grasp, and the chains of sin which had shackled him are instantly broken.

Finally, Jesus said: "And I, if I be lifted up from the earth, will draw all men unto me" (John 12:32). The Greek text does not have the word men in it, so that actually the text says: "I will draw all to myself." Christ did not promise to draw every person to Himself; there is no universal salvation involved at this point.

Christ was lifted up on the cross, lifted up from the grave, lifted up at the Ascension. In our lives and preaching today, He is again lifted up and exalted by us. In every instance, He draws to Himself those who truly repent and receive Him as Saviour.

The Path to Greatness
Dr. Donald Barnhouse
Follow Us
Grow Daily with Unlimited Content
Uninterrupted Ad-Free Experience
Watch a Christian or Family Movie Every Month for Free
Early and Exclusive Access to Christian Resources
Feel the Heart of Worship with Weekly Worship Radio
Become a Member
No Thanks