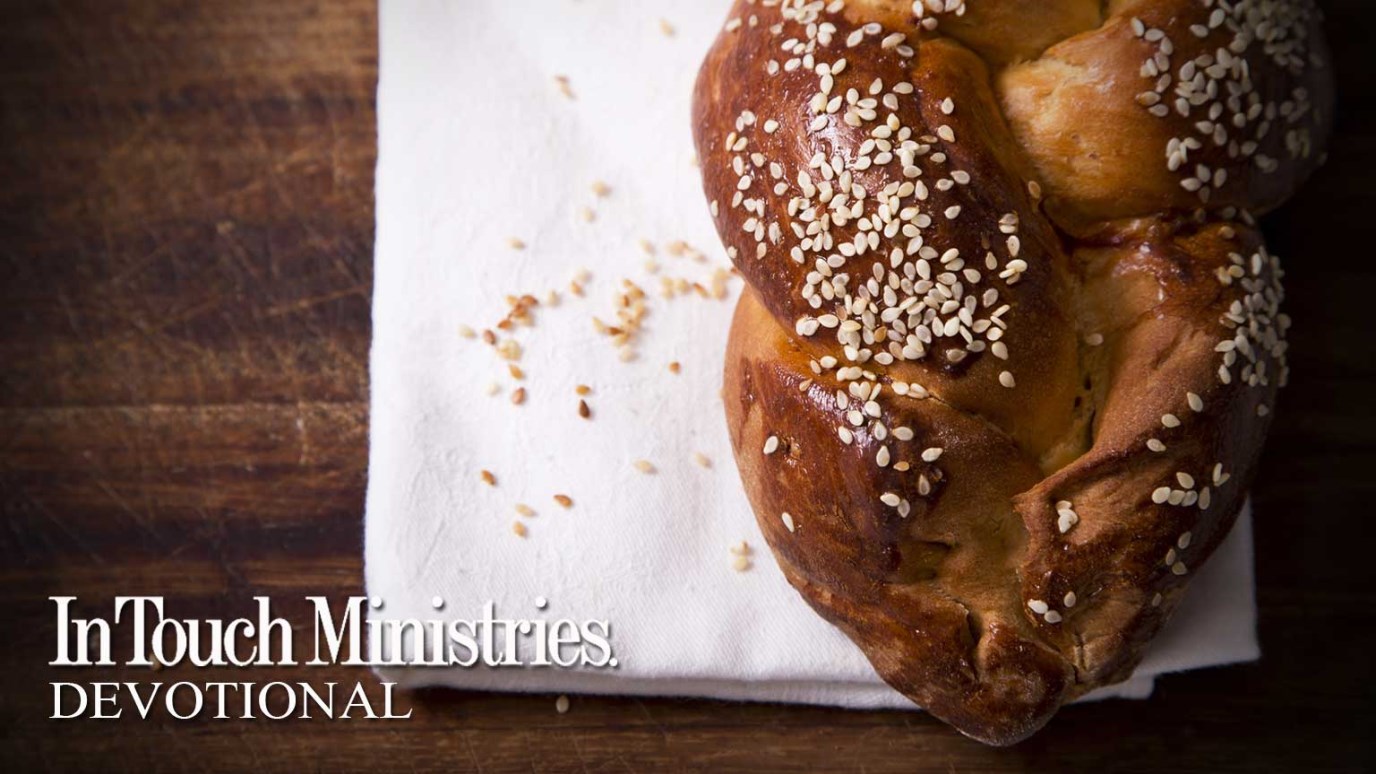 Through Passover, Jesus revealed how salvation comes—not through striving but through grace.

Editor’s Note: The devotions for March 21st, 22nd, and 23rd focus on elements of Passover, which Jesus celebrated with His disciples the night before His crucifixion.

For thousands of years the Jewish people had a special script for their most important event of the year—the Passover. Brimming with drama and intensity, the Passover included a carefully prepared order of words, symbols, foods, tastes, smells, and actions. So if the father of the household went off script as he led the Passover meal, everyone present would immediately notice.

And that’s exactly what happened when Jesus gathered His band of followers as death loomed. The evening started like a typical Passover meal—they were celebrating the way Jews had done for centuries ... until Jesus intentionally went off script and started talking about Himself. As the Savior took the Passover bread in His hands, He said something utterly shocking: “Take, eat; this is My body” (Matt. 26:26).

The Passover was all about deliverance for a particular people (the Jews) from bondage and into true freedom. But the entire storyline of the Bible pointed to an even deeper liberation from a more tragic bondage—deliverance from sin for the entire human race. As He held the bread in His hands, Jesus calmly announced that His broken body would be the one and only source of that deeper, universal deliverance and freedom.

“This is My body which is given for you” (Luke 22:19)—some church historians call this sentence “the words of institution” because our Savior was instituting, or inaugurating, a new chapter in the story about God and the human race. But notice that Jesus went off script so we would know this new chapter comes through His initiative, not ours.

Even as He was handed over to death, the Lord was graciously acting to save, forgive, and bless us. At every step, it is Jesus who initiates. Jesus writes (or revises) the script. Jesus gives us the Lord’s Supper, a meal to share with Him—the one who said, “I am the bread of life.”

And with a simple piece of bread, Jesus declares how salvation comes—not by our striving but by His grace, not as a human project but as a divine gift.

Jesus Our King: Our Royal Family
In Touch Ministries