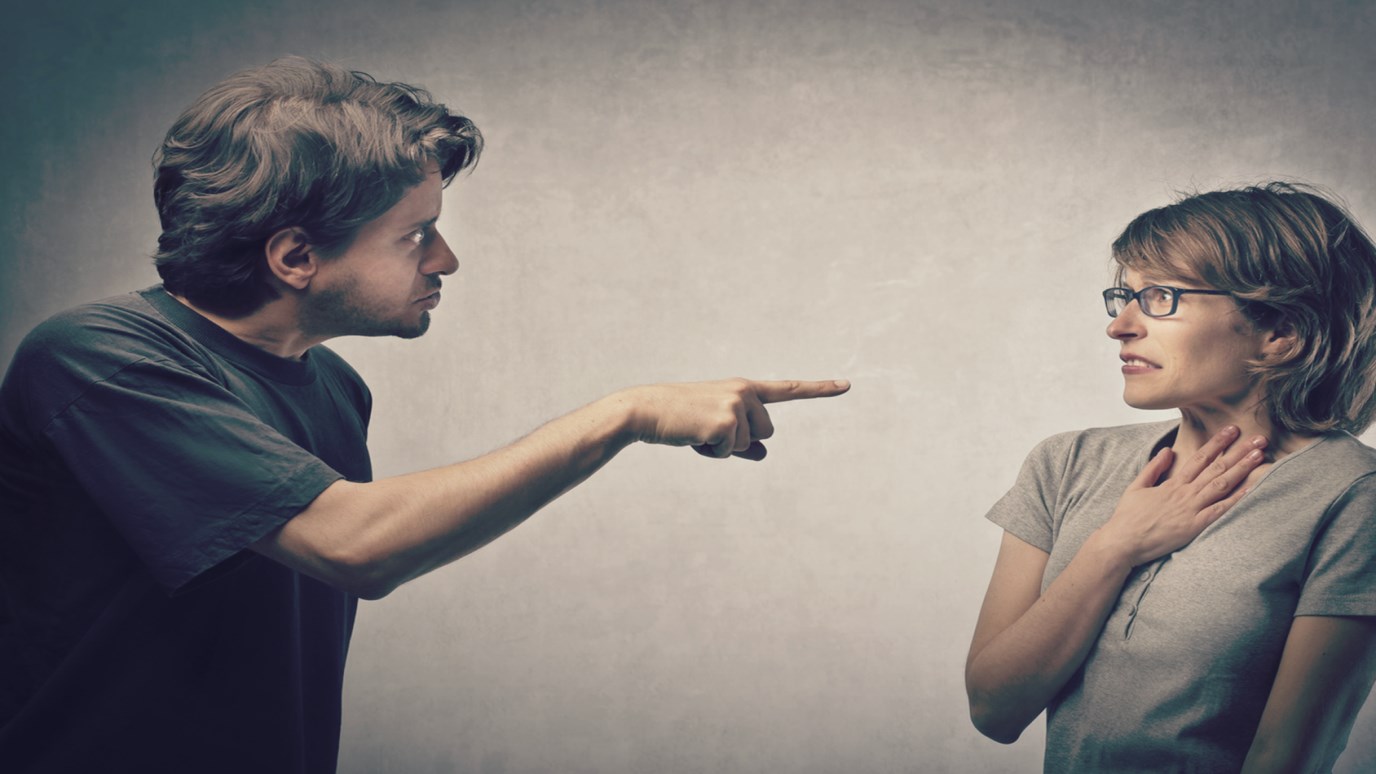 One reason we don’t totally abandon ourselves to God is because we'd rather blame others than address our real issues. We play the blame game.

Our building is on fire. We’re perishing. The Son of God comes to save us, offering us a way off the building, if we will only get in His wheelbarrow. If we get in, He will carry us to safety. If we do not, we will surely die. The question is, why don’t we get in the wheelbarrow?

One reason we don’t abandon ourselves totally to God is that we would rather blame others than address our real issues. We play the blame game. It works like this: I have a very hard day at work, and I want nothing more when I get home than to talk to my wife, and receive some affection from her. But when I get home, I don’t say, “Joby, I’ve had a bad day, and here’s what I need.” Oh, no. Instead, I pick a fight. “Did you not get a new light bulb for the bathroom?” I might ask. “No,” she’d say, “I went to the store but I forgot.” Then she might give me a telephone message she’d taken earlier in the day. “Did you get his number so I can call him back?” I’d say. “No,” she’d say, “I thought you had his number.” And we’re off! Instead of quiet talk and affection, we’ve got hostility and harsh tones. All because someone (in this example, me!) could not own his own feelings, and resorted to blaming another instead.

Blame and the ensuing conflict it promotes do not equal intimacy. Some folks make the mistake of equating emotional intensity with emotional intimacy. They are not the same. In fact, they are not even close. But blame keeps us from being real, with others and with God. I don’t know what your issues are, but I do know that blame will not solve them. In fact, the blame game can keep you and me from ever addressing the real issues we need to face head on. We think we can deflect God’s piercing gaze from our own lives and onto others, hoping to escape conviction, but until we allow His light to shine on our own hearts, lasting change is impossible.