The Bible Doesn’t Say That: When Leadership Hurts 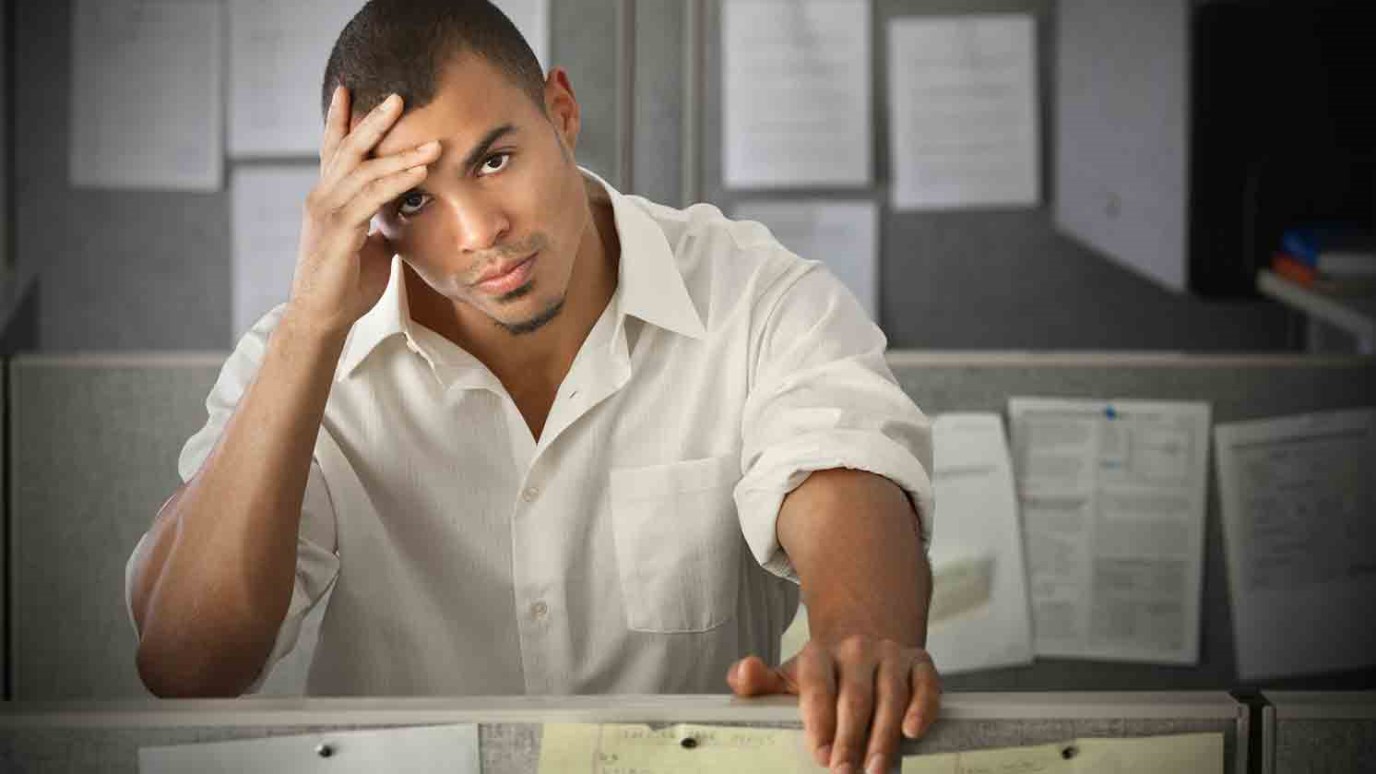 You can lack peace and still be where God wants you to be. Even when leadership hurts, God has great plans for you.

My dad, a retired pastor, told me the story of a distraught woman who called his office several years ago (back in the pre-Google dark ages) deeply concerned about the hygiene of her teenage son. No matter how much she coaxed him, she could not motivate him to shower, shave, or wear deodorant on a regular basis.

She was, of course, concerned about his physical well-being – and odor – but her concern for his spiritual welfare ran much deeper. Thus, she called my dad for his help in locating the incriminating Bible verse that had eluded her all morning.

“Pastor,” she said, after her rushed greeting. “I need your help finding a specific Scripture. Can you tell me where I’d find that verse: ‘Cleanliness is next to godliness’?”

“Well, actually,” he explained. “That’s not a Bible verse at all.”

She paused for a long moment, then asked.  “Well, if it were in the Bible, where do you suppose I’d find it?”

The Bible Doesn't Say That

Silly as dad’s story may sound, it actually happened, and it reveals a troubling truth about our propensity to cling to unsound paradigms on life and leadership. We claim common clichés as God’s truths, whether or not they have any biblical grounding.

One particularly widespread half-truth is about the satisfaction a leader should feel at the center of God’s will. We’ll gladly take leaps of faith, but only under the assumption that God will eventually reward us with peace and certainty once we’ve landed. We say things like “I feel at peace about this decision” – as if that’s the ultimate fool-proof indication about whether or not God approves of what we’ve done.

It’s absolutely true that God can provide peace that “transcends all understanding” (Philippians 4:7) when we trust His guidance and a “fullness of joy” (Psalm 16:11) when we dwell in His presence.  But if we think that walking in the path of righteousness will ultimately spare us from heartache, uncertainty, conflict, loneliness or even outright failure, we’re claiming a promise that doesn’t ring true with what we read in the Bible.

Consider Jeremiah 29:11 – one of the most widely memorized and cherished verses in all of Scripture. “‘For I know the plans I have for you,” declares the Lord, ‘plans to prosper you and not to harm you, plans to give you hope and a future.’”

The thing is, at the time the prophet Jeremiah said this, he was delivering a devastating message to the Israelites that they would remain exiled in Babylon for the next several years. They would remain in captivity. Their suffering would continue. They wouldn’t be receiving the get out of jail free card for which they’d all been praying.

What if Jeremiah had scrapped this big bummer of a message out of fear or discomfort? After all, he already had a rep for being a Debbie Downer – with some people even wanting to kill him for his pessimism!

“Uh, God… I hear what you’re saying, but I’m just not really feeling at peace about all of this. I’m going to assume you want me to figure out a Plan B, because there has GOT to be a better way.”

Fortunately, Jeremiah knew better. So he faithfully shared his bold message, thereby helping instill God-grounded confidence in the hearts of those he led.

For you see, Jeremiah and the Israelites were exactly where God wanted them to be. God loved them, and He wanted what would be best for them in the long run.  He wanted them to find their hope and joy in Him on a daily basis, trusting Him regardless of their circumstances.

What about you? Do you find yourself bogged down in the ugly daily muck of leadership?  Has the adrenaline rush from your initial leap of faith been replaced by frustration? Loneliness? Betrayal? Dead ends?

Abraham. Moses. David. Esther. Ruth. Mary. Paul. Peter. These leaders all found themselves discouraged on more than one occasion by debilitating circumstances. Some of them waited years to see the fruits of their leadership. Some of them openly questioned God’s sovereignty. Some of them died having no idea if their lives had any kind of lasting impact. Of course, we know they did.

Your seeming lack of peace doesn’t necessarily mean you aren’t where God wants you to be. In fact, it may be the best confirmation that you’re at exactly the right place where He can use you. When we reach the end ourselves, it becomes clear that it’s not really about us at all.

The Apostle Paul, who repeatedly pleaded with God to give him peace from a “thorn” in his ministry, explained: “But he said to me, ‘My grace is sufficient for you, for my power is made perfect in weakness.’ Therefore, I will boast all the more gladly about my weaknesses, so that Christ’s power may rest on me. That is why, for Christ’s sake, I delight in weaknesses, in insults, in hardships, in persecutions, in difficulties. For when I am weak, then I am strong.” (1 Corinthians 12:9-10)

You can be at peace, knowing that God is at work in you.

"Therefore we do not lose heart. Though outwardly we are wasting away, yet inwardly we are being renewed day by day. For our light and momentary troubles are achieving for us an eternal glory that far outweighs them all. So we fix our eyes not on what is seen, but on what is unseen, since what is seen is temporary, but what is unseen is eternal." (2 Corinthians 4:16-18)

Take heart, my friends, and keep leading forward. Of this I am sure: God does have great plans for you, even if it doesn’t seem like it at the moment – “plans to prosper and not to harm you, to give you hope and a future.” And He will bless your leadership as you follow His lead.

How do I know? The Bible told me so.