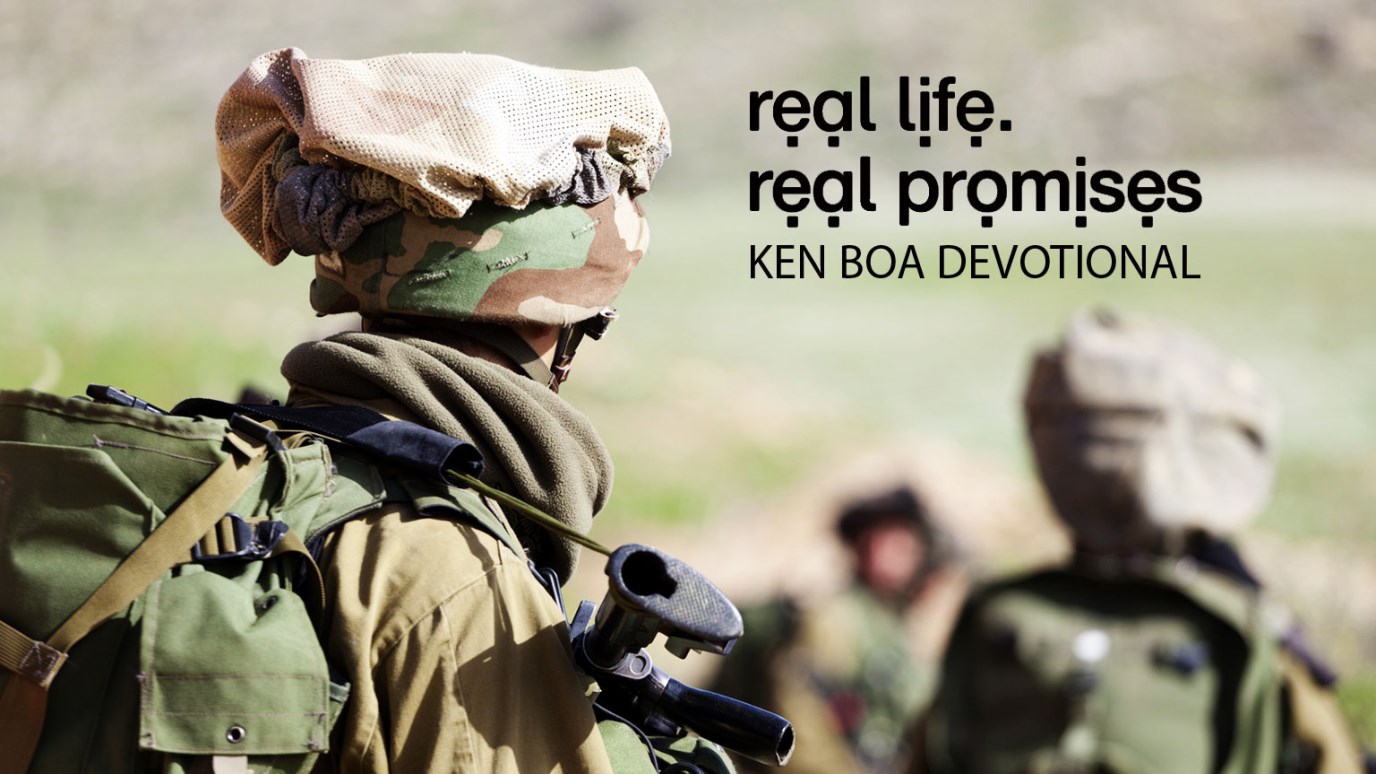 Whether you ever participate in an armed conflict or not, you are participating in a spiritual one.

The history of the human race is often, unfortunately, chronicled by its wars. As dynasties and nations over millennia have sought to impose their will upon others, or defend their homelands from such imposition, wars have occurred. And because no one knows the outcome of wars until they are over, the destinies and liberties of nations and individuals are often changed dramatically. For that reason, governmental spending for military preparedness has always occupied a major portion of most national budgets. The theory that military readiness is the greatest deterrent to war shares a familiar perspective with sports: The best offense is a good defense.

While there have been two so-called “world wars” in history, neither of them can compare to the scope and the stakes of a “universal” war that has been waged since the beginning of time—and is waged today. Satan and his forces of evil seek to attack and harm all human beings. Christians are harassed, intimidated, and lied to about their God; non-Christians are kept on a path of destruction and deception in an attempt to prevent their salvation. While this war is fought primarily in the spiritual realm with resulting physical manifestations, the metaphors and images of armed combat, in whatever age, still help to picture the Christian’s offensive and defensive weapons and tactics.

David, the warrior-king of Israel, was the greatest military leader in all the Bible. Yet even he knew that there was only one true defense for the righteous. It was not a man-made sword, a shield, or a strong tower—it was God himself. For David, God’s way was perfect, which meant that if David took refuge in God he would be “protected” by God regardless of the outcome of any battle. Because God’s way is perfect (v. 31a), David’s way would become perfect as well (v. 33b).

Whether you ever participate in an armed conflict or not, you are participating in a spiritual one. Like warriors through the ages have proved, your best offense is to have the best defense, and your best defense is God himself. He has given us every bit of armor we need to defend ourselves against the enemy of our souls (Eph. 6:10-18).

God’s Promise to You: “When I am your defense, you are protected from all enemies.”

Doing What is Right
e3 Prayers

Getting Out of Step
Dr. Charles Stanley
Follow Us
Grow Daily with Unlimited Content
Uninterrupted Ad-Free Experience
Watch a Christian or Family Movie Every Month for Free
Early and Exclusive Access to Christian Resources
Feel the Heart of Worship with Weekly Worship Radio
Become a Member
No Thanks