The Best Approach to Apologetics 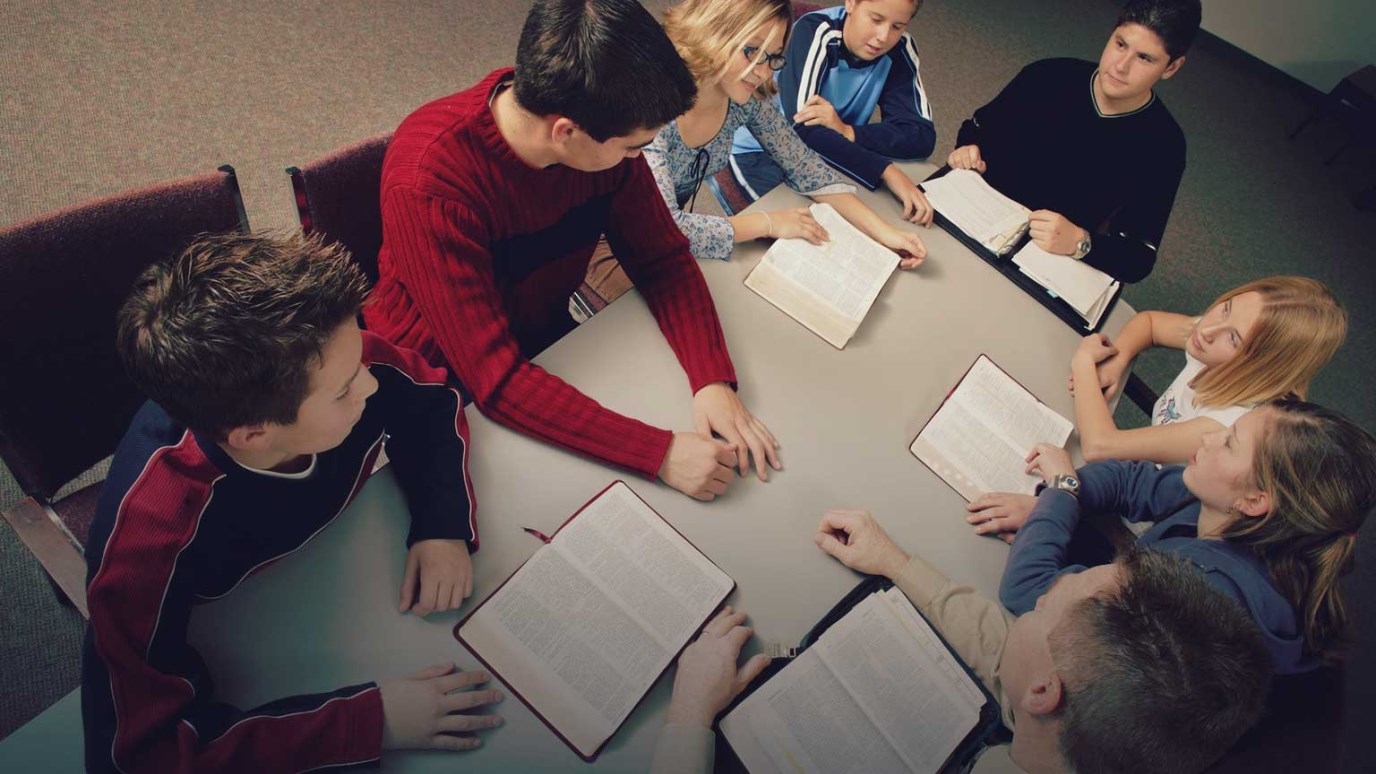 Sharing our faith with children grows us just as much as it grows them. Kelly Levatino shares her experience with "apologetical training" through sharing the Gospel with children.

Before I became a Christian, I realized something pretty quickly about the teenagers in my public high school who believed in God: they had no idea why they believed what they believed. They couldn’t give me much of a reason to trust their belief system over mine.

As an atheist I was skeptical at best and antagonistic at worst of any belief in a God I could not see nor “prove”, properly. I had no more reason to base my spiritual beliefs on the Bible than on The Catcher in the Rye (which spoke to me on so many levels). And the kids I “debated” religion with in school couldn’t give me a reason to trust the Bible. The “best” case I got for believing in God from my classmates was, “Just believe in God just in case!” That guy no longer identifies himself as a Christian.

Well, as He is wont to do, God got a hold of me anyway. I became a Christian at 16 in part because of the incredible love a certain group of students showed me despite my not fitting into the southern kid box, and in part because of the Lord arranging circumstances to show me beyond a shadow of a doubt that I could not do life without Him.

Combine my experience with the unarmed Christian kids who could not communicate a reason for why they subscribed to a belief in Christ with my personality, and once I gave in and admitted that God was God (plagiarized from C.S. Lewis), I vowed to know why I believed what I believed.

I began devouring the Bible, asking questions about nearly every verse, dissecting doctrines with people who were highly intelligent and who knew how “to give an answer to everyone who asks [them] to give the reason for the hope that [they] have, ” (1 Peter 3:5).

This whole concept of defending your beliefs is called apologetics. Seminaries offer courses on apologetics, there are countless books written about apologetics, and people make careers out of being apologists.

All those are great things. I’ve grown in my ability to defend the faith through each of those avenues. They have been invaluable to me, and if you haven’t explored them, I invite you to.

But can I tell you the best apologetical training I’ve had?

My children have been the best training ground for me. They have real questions, and they need simple answers. And their favorite question is, “Why?”

Can I suggest adults are the same way?

They have real questions, and they need simple answers. And their favorite question is, “Why?”

When we talk to young children (2-10 yrs old), we are forced to answer the question, “Why do we believe what we believe,” and we are challenged to deconstruct churchy terms into words everyone can understand. And that’s what church people need too. And that’s what unbelieving adults need too.

If you want to develop your apologetical muscle, find a kid and explain their need for Jesus to them. You’ll have to do it in words with no more than 2 syllables, and you’ll have to do it in a way that doesn’t scare the hell out of them (literally), which, by the way, ought to be our approach with adults too – hellfire and brimstone tactics should not be our approach with anybody. Ever. For any reason.

There are some great perks of practicing sharing the Gospel with kids.

First of all, they have a natural disposition to believe. They don’t have hard, skeptical hearts because they haven’t experienced all the hurt the world has to offer yet. So they are fully open to what you have to say. Give them a halfway decent explanation, and they will accept it. It doesn’t have to be perfect. I’ve fumbled through many a conversations with my girls between ages 2 and 7, and they are okay with that. You are learning, and so are they.

Secondly, whatever you say won’t change how they feel about you. We are hesitant to talk Jesus with adults because we fear rejection. Kids don’t know the meaning of the word. Even if they think you are pretty well out of your mind, they’ll drop the topic as soon as you’re done talking and ask you to go play outside with them. You’re still their friend. Nothing changes that. Some of the sweetest times for me talking to my daughters about faith have gone something like this: I speak some profound truth of Christianity, my daughter responds, “Huh. That’s funny. Want to play Candy Land?” This is NOT a parenting fail. This is evidence of her full acceptance of me even when she doesn’t understand anything I’ve just said. This is a reflection of God’s unconditional love for me through my little girl. I’ll take it.

Thirdly, and most importantly, they might receive Christ! And even if they don’t, their little minds will continue to think on the things you’ve said, and they will bring the topic back up if they think of a question… even years down the road. Our daughters both prayed to receive Christ when they were 2 years old. I was with them, and I believe as fully as they could understand at that age, they understood what they were doing. We’ve continued to explain the Gospel to them in the years since, and last night my seven year old asked, “Mommy, have I asked Jesus into my heart?” She had continued to ponder what that means, and she was bothered that she didn’t remember doing that at age two. So we talked it through, and she prayed again. They remember things, these little people. They mull them over and bring them back up when you least expect it. So our “practicing” sharing Christ with them is more than just a convenient training ground for us – it’s much more. It’s “planting seeds” in their hearts for the Lord to grow.

Sharing our faith with children grows us just as much as it grows them. Give it a whirl, and let me know how it goes.