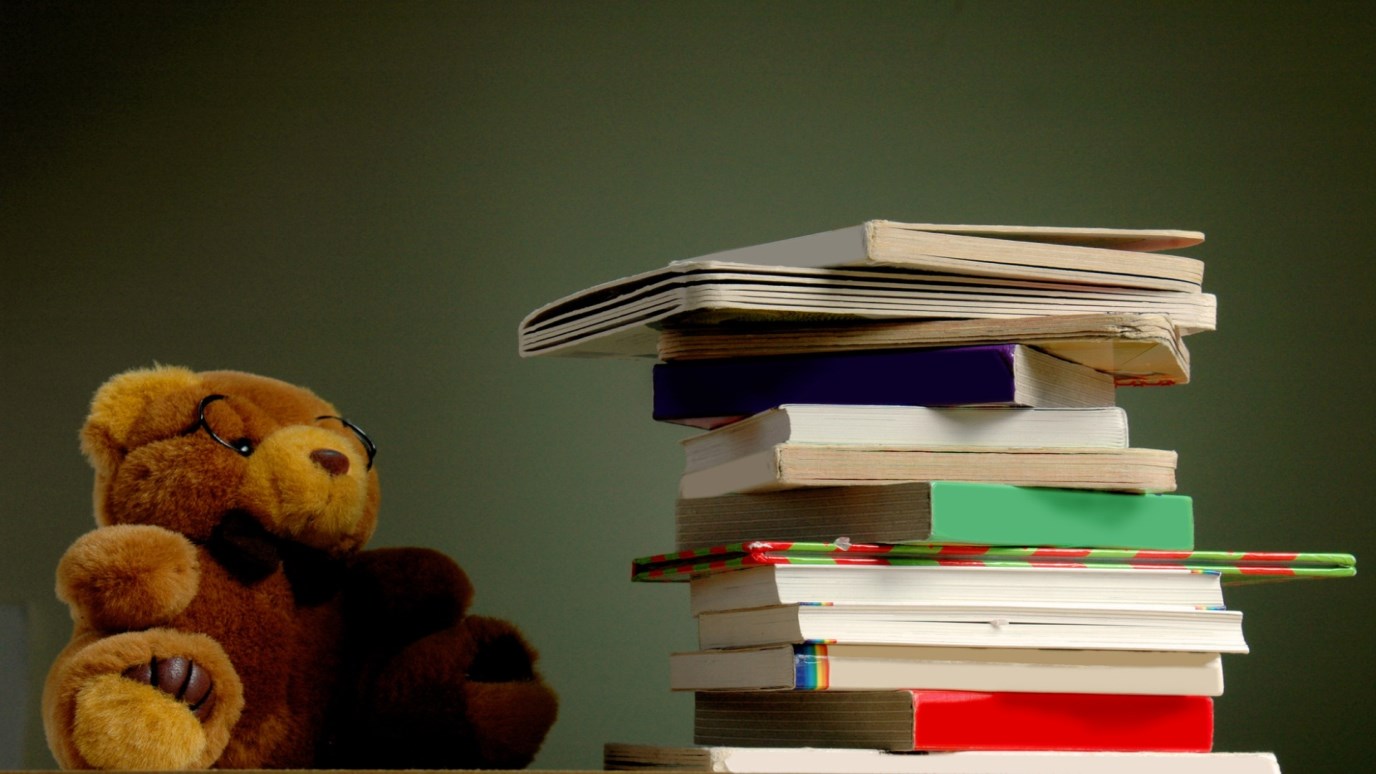 Who would have thought that such a seemingly harmless children's cartoon could say something so wrong about God's creation?

Ever since I was a kid, I’ve always loved that adorable family of bears that lived in a tree and had something to teach me about everything from manners to moving. While I still think the Berenstain Bears are cute and have some valuable lessons to teach, I recently realized they’re telling a story about men that is doing more harm than good to my heart.

My friend, Dree, first pointed out this “Berenstain Bears syndrome” during a conversation about how we relate to our husbands after becoming mothers. My wise friend noticed that in the Berenstain Bears house, Mama Bear does all the heavy lifting while Papa Bear is often reduced to behaving just like Brother, Sister, and Honey Bear.

In fact, Wikipedia describes Papa as an “oafish, bumbling carpenter” and Mama as a “housewife and perfectionist.” In other words, Papa is a goofball who can’t manage himself, much less the affairs of his family; and Mama is the one who gets everything done, even if it does require her to be somewhat overbearing. For example:

These subtle elements of the storyline are usually only shown in the illustrations, but have you ever stopped to consider how this image of marriage, parents, and gender roles is seeping into your own heart and the hearts of your children?

In Nancy Leigh DeMoss and Mary Kassian’s book, True Woman 101: Divine Design they give biblical arguments that debunk the portrait of manhood given by the Berenstains and other marketing machines:

“The human male was the firstborn of the human race,” they write. “He carried the weight of responsibility for the oversight and well-being of the human family. He was the representative. God placed the mantle of leadership squarely on his shoulders. The New Testament attests to the fact that the male’s firstborn status was significant, and that it has ongoing implications for male leadership in the home and in the church (1 Tim. 2:13).

“Again this has nothing to do with the merits, worth, or superiority of the human male; it has everything to do with displaying the glory of God and the nature of Christ’s relationship to his church (see Col. 1:18).

“God created the male to be the ‘man of the house,’ the head of his household, to point to the relationship Jesus has with the Church, which is the Household of God" (1 Tim. 3:15).

How’s that for a heavy dose of Truth! While the portrayals we see in The Berenstein Bears and in media of men being clueless, helpless, weak, and in need of our “intervention” may make for good stories or sell some products, they don’t give an accurate picture of God, which is the role of gender in the first place.

Are there symptoms of the “Berenstain Bears syndrome” at your house? Do you treat your husband or sons like they are clueless or incompetent? Do you minimize their ability to lead? What other voices in culture are telling you that men are incapable of making their own decisions or leading the affairs of their household without your help? If so, what steps are you taking to turn down the volume of those voices and turn up the Truth of God’s Word on gender?

Let’s work together to drag the subtle lies the culture is telling about manhood and womanhood into the light and encourage each other to understand and embrace God’s Truth on these issues so we can better put His glory on display.

More Than I Imagined
Lysa TerKeurst

Pushed to That Place
Lysa TerKeurst